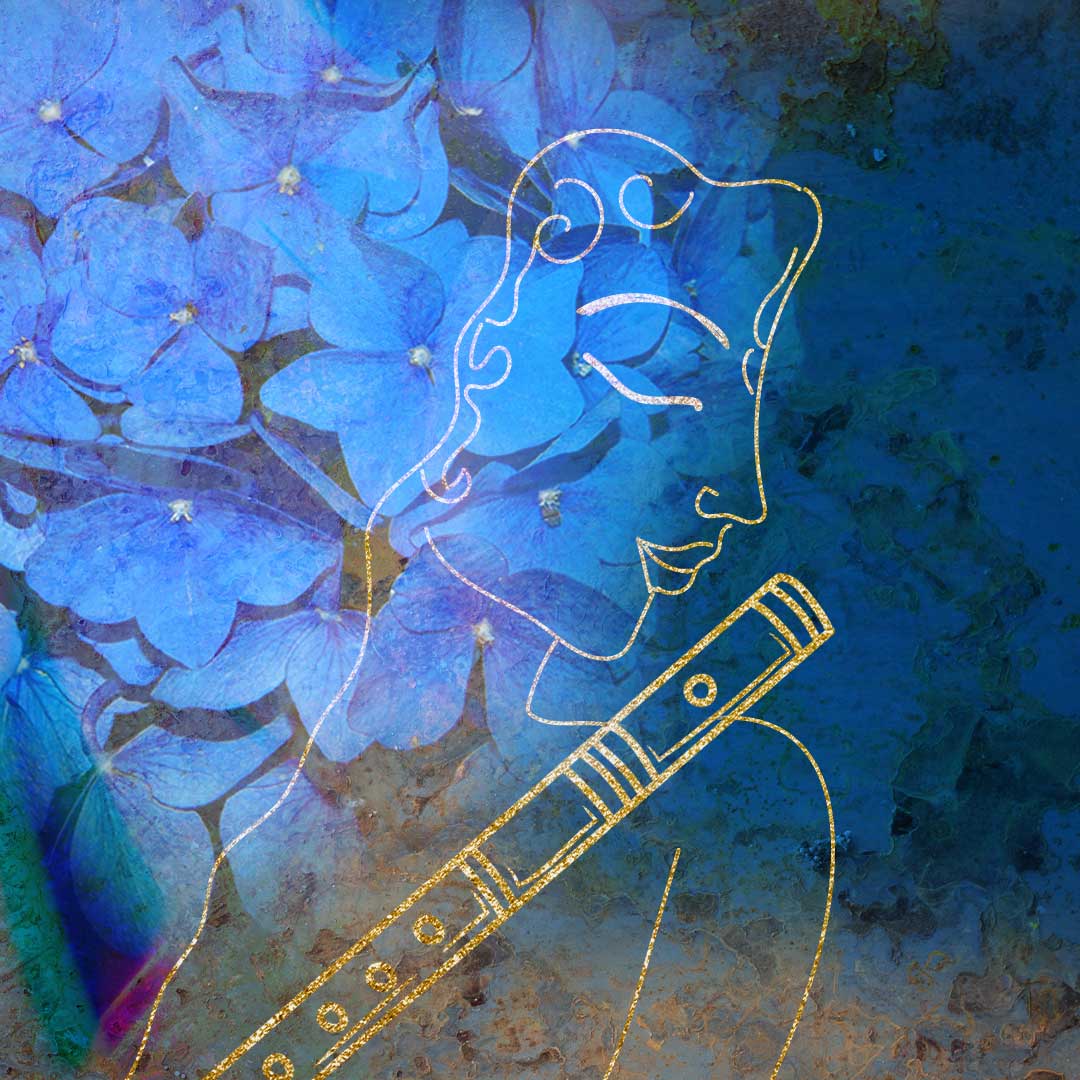 The Bhagavad Gita is a part of the great epic Mahabharata. It is also sometimes known as Gitopanishad and is considered to be the essence of all Vedic knowledge.

Bhagavad Gita was delivered by Krishna to Arjuna on the battlefield of Kurukshetra. Both of them were stationed on a chariot between the armies of the Pandavas and the Kauravas. Arjuna was bewildered about whether he should fight the war or not as his opponents were his close family members and teachers. Krishna then instructed him on what his duty should be.

The Gita is very relevant to us even today. It is known as the crown jewel of all types of knowledge. It helps us overcome the various dilemmas of life and to lift our consciousness. The five main topics of the Bhagavad Gita are God (Ishwara), living entity (jiva), material nature (Prakriti), time (Kala), and activities (karma). When we know these five subjects, we can make the right decisions.

There are eighteen chapters in the Bhagavad Gita. These can be divided into three sections with six chapters each. The first section discusses Karma Yoga. One must do one’s prescribed duties and responsibilities. Work should be offered to God. It should be done with detachment. Arjuna on the battlefield of Kurukshetra becomes overwhelmed with compassion and does not wish to fight his relatives. Krishna gives him knowledge about the eternal nature of the soul. Nothing can kill it. Our body is temporary, but our soul lives on. So one must do one’s duty courageously with detachment. This alone brings happiness. The main emphasis of the first six chapters is on Karma Yoga, though many other topics are also explained in this section.

The middle section deals with establishing a devotional relationship with the Supreme. It explains Bhakti Yoga. The knowledge of Bhakti (devotion) is considered the most confidential knowledge. It is the king of education. Krishna is not an ordinary human being. He is divine and is the origin of both the material and the spiritual world. It is also explained that whatever one is thinking about at the time of his death, he attains that.  If one remembers Krishna at the time of death, he goes to His abode. In this section, Krishna also shows His Universal Form (Vishwarupa) to Arjuna. This form is awe-inspiring and frightening for Arjuna. Krishna then, at Arjuna’s request, comes back to His two-handed form. There is also mention in this section about the bhakti path of a personalist (i.e., one who is devoted to a manifest form of Supreme Consciousness, such as Krishna) versus that of an impersonalist (one who is devoted to the Unmanifest Supreme).  Though both are valid paths, the path of the personalist is easier. Qualities of a devotee are also described and different levels of bhakti are explained. Several other important points glorifying bhakti are explained in the middle six chapters.

The last section of the Bhagavad Gita deals with Jnana Yoga. This is knowledge about the Supreme Lord (Ishwara), material nature (Prakriti) and living entity (jiva). Its main aim is to develop detachment from material entanglements and become attached to God. Thus, jnana can lead to bhakti. The ingredients of the material body, knowledge, and object of knowledge are explained. The human being is made up of the three gunas (modes) of material nature, namely sattva (purity, balance), rajas (action, passion), and tamas (inertia, ignorance). In this section, there is a famous analogy of the banyan tree. Our material world is like an upside-down banyan tree. By using the axe of detachment and surrender it is possible to get out of the entanglement of the material world and go to the spiritual world. The nature of Godly and demoniac persons is also described. Krishna in this section also explains how the gunas impact people’s faith and the relation between the gunas and food, sacrifices, charity, and austerities. Finally, Krishna concludes by describing confidential knowledge (Brahman platform), more confidential knowledge (surrendering to our Supersoul) and most confidential knowledge (surrendering to Krishna).

The Bhagavad Gita is one of the most powerful scriptures of ancient India. It is a practical manual of day-to-day living. Today, our life has become very complex. The Bhagavad Gita shines as a beacon of light guiding us on what we should do. It gives answers to our dilemmas. It explains the supreme goal of human life and how to get there.