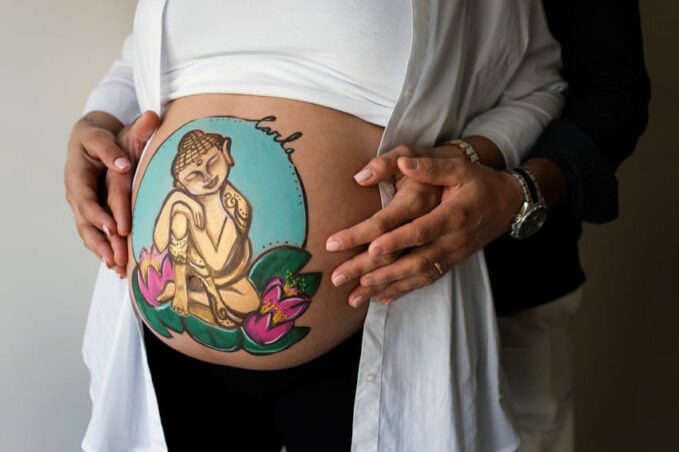 Svetlana asked me for a session of Mai-Tri for her son, Ilya. He had recently gone to the hospital with meningitis. As I started the session, I saw an image of the boy tightly covering his ears with his hands. He didn’t want to hear something which had created an energy blockage first on energy level and therefore on the physical level. Additionally, I could see blocked energy in his eye and nose area. Everything that was connected to his sense of perception. He was trying to block something, resisting an external influence.

I prayed for the answer, and slowly clarity began to emerge and I saw exactly what Ilya was trying to hide from. His mom was creating a lot of pressure on him. Of course, her intention was extremely pure, whatever she was doing it was based on her great love. Still, the effect was dangerous. Actually, there were two reasons for her behavior. The first one was FEAR and the second was RESPONSIBILITY. She wanted to protect her child and raise him as a good man, qualified and prepared for the real world.

Her fears were exaggerated, part of that was reasonable, but most of it was just an illusion. She wanted to protect her son literally from everything that could happen to him, which obviously was not possible. That was the reason why she created so much pressure on him, trying to teach Ilya how to behave in potential situations and to stop him from doing things which he didn’t even have the intention to perform. On the other hand, being a caring and responsible mother she’d read a lot of books and had a lot of knowledge of how to bring up children. She maximized every opportunity, every situation, every sentence to preach to him, to give him feedback for his actions, and interpret reality so he could “understand the world.” But reality is different, for each person it’s unique.

Svetlana was micro-managing her son, trying to reshape him and prepare for the real world, while he was resisting her influence more and more as well as her emotional baggage, in attempt to save his own personality. On an energetic level his mom’s influence looked like a cocoon around Ilya and he was shrinking and closing in on himself. However, by his nature, Ilja, was an extremely gentle and tender being, he looked like a genius, absolutely unique. It was so clear that he didn’t need to be formed he’d already been formed before he came here and he had had his own personality before he took a birth in that family.

I started praying and asking Mohanji for guidance, what could Svetlana do rather than exhibit her overprotective and controlling behavior? What could help this mother change her attitude? How to deliver her that information? The answer came immediately, information was flowing, Mohanji’s blessings always pours on us unconditionally, when we are open and seeking for help:

“She should understand her child came to this world as a complete personality. There’s no need to shape him. He already has his own character, purpose and individuality. He came to this world with a unique combination of traits, hyper- sensitivity which allows him to see what other people cannot. He’s a very subtle being with a very clear purpose who definitely brought particular knowledge with him to Earth. His current incarnation is very powerful. She can’t reshape him. Her job as a parent to protect him when it’s needed and to ASSIST him.”

“She never chose him. It was just the opposite: he chose her. So, the only thing she can do is to watch, observe, try to see his expression without influencing him with her mindset and baggage. Simply observe his actions without her immediate reaction, her compulsive urge to give feedback, her need to interpret his actions, or using every chance to preach or to teach him. She should let go of that subtle form of control. Simply watch and learn from him. She should see what kind of being came to her. She should be the first person to recognize and support the uniqueness of this beautiful soul.

Otherwise he will lose himself, his voice, he won’t be in contact with his own mission for some time. He will waste a lot of time trying to get rid of other people’s voices in his head, their perception and mindset, struggling to define his own feelings, thoughts and uniqueness. It will take him longer to start walking his path, express his talents and deliver his gift to the world.”

Indeed, that message was not easy to deliver! Not every parent is sufficiently mature to accept this information. Many would resist being open enough to accept the information and would not be able to accept that their behavior is a reason for their children’s illnesses. However, the truth was necessary for her son’s health and happiness, so I made an attempt to talk to his mom. I knew she was quite an open person, who was interested in self-growth. Now it was the time to figure out to what extent she was ready to receive the message.

I started talking to her carefully, describing the energy blockage which was effecting her son’s ears, asking if he had ever had problems with them. She confirmed, since he was two and a half he had had problems with his ears, he was diagnosed with otitis a few times, and later he had endolymphatic shunt surgery.

I explained to her the root of the problem and how it manifested on his physical level. Her reaction was very mature:

“Tanya, everything what you said makes perfect sense. I always felt like this. I’m full of fears, because I’ve lost three of my brothers and I know that I’m overprotective and I put too much pressure on him. Also, I’m trying to make something of him instead of accepting him as he is, trying to control what he thinks and how he behaves. I always intuitively felt that, I just didn’t know how to stop that, how to change my behavior. I’m so scared that something can happen to my children! And, yes, I want him to be prepared for life. And when he tells me something I correct him: “don’t be so naive it’s not like that!” But, actually, maybe he is right! and my experience, and emotional baggage don’t allow me to see things as they really are. And he is pure enough to see many things I’m not able to see, filtering them through my negative experience.

Everything is exactly how you say — he is hyper-sensitive and very gentle. I see how unique he is. But my fears take over! For example, I wanted to make a “real man” from him and signed him up for sports classes. But he was not interested at all! It didn’t matter if I thought it was useful for him! Actually, I can see he is so into inventing and creating something new.”

We talked more, I instructed her according to Mohanji’s message. She was very open and grateful for the guidance, she was ready to hear that and make a change. She said: “I don’t believe in the physical reasons of our illnesses! I knew it was a sign of some imbalance. I was just seeking for answers and praying to God for guidance.”

We talked for one and a half hours, it was indeed healing for her soul and pure inspiration for me. Almost at the end of our conversation she remembered a story. After they’d done a surgery and put shunts in his ears, Ilya didn’t have any problems for almost a year. Svetlana was so happy that they had cured it! One summer she went camping with her husband and left her children with her in-laws for three days. When they came back they discovered that Ilya got otitis again! She asked him: “How could you let your ears get cold in summer when it’s so hot outside? How did it happen?” and her son replied: “Grandparents were shouting at me and my ears started hurting.”

Indeed, it all added up and made perfect sense. How smart and clear children are! Maybe it’s we who have problems with the ears to hear the truth that comes from the child’s heart?

Feb 24, 2022Editorial Team
Review of The Power of Purity by MohanjiJourney of a Meat Eater to a Passionate Vegan