Home Veganuary On A Quest Of Enabling Humanity For Everyone

Veganuary On A Quest Of Enabling Humanity For Everyone 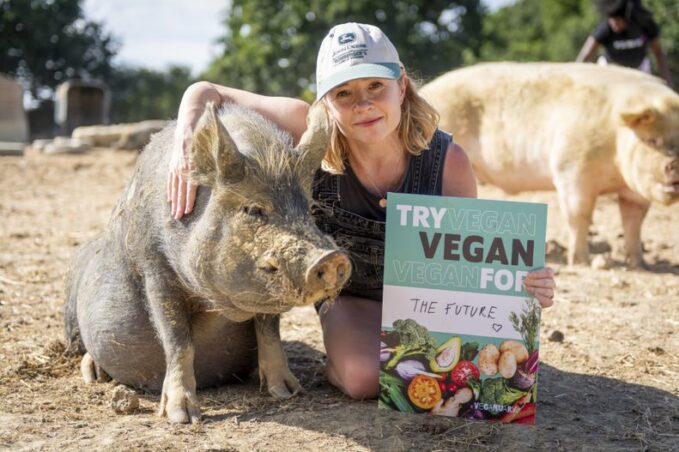 Did you go vegan this January?

Since 2014, Veganuary has inspired and supported more than one million people in 192 countries to try vegan for January – and beyond. They have worked with businesses to drive up vegan food provision in shops and restaurants, and have made veganism more visible and accessible through their work with national and international media.

They say their vision is simple; they want a vegan world. A world without animal farms and slaughterhouses. A world where food production does not decimate forests, pollute rivers and oceans, exacerbate climate change and drive wild animal populations to extinction.

Their mission is to inspire and support people to try vegan, drive corporate change, and create a global mass movement championing compassionate food choices with the aim of ending animal farming, protecting the planet, and improving human health. 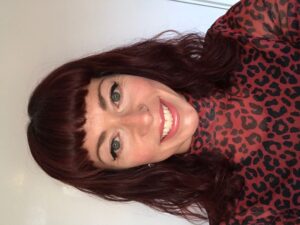 Today we speak with Toni Vernelli, from the Veganuary team, International Head of Communications

More than one million people have already completed Veganuary’s one-month challenge since it began in 2014. That is impressive! We found statistics compiled by Dr Helen Harwatt from Harvard University’s Animal Law and Policy program showing that your collective impact has been huge. What is your ultimate goal for 2021?

Toni: Our goal is to keep reaching, inspiring and supporting more people to try vegan! Veganuary has grown every year since we launched in 2014, and we have reached our 2021 target of 500,000 people, but there is no upper limit on our ambitions. The optimal number of animals being factory farmed and slaughtered is zero. The optimal global temperature rise above pre-industrial levels is zero. And so we want to take our message to every person in every part of the world, and encourage them to be part of a movement for a more compassionate, healthy and safe future for all Earth’s inhabitants.

How many people have applied in January 2021 for the Veganuary challenge? Do you have a data that shows how many of them were not on a vegan diet before? What is the most dominant reason for people to join your challenge?

Toni: At this moment, we have had 537,000 people sign up, but we won’t know the final tally until the end of January. At that point, we’ll crunch the numbers and find out our participants’ previous diets and their motivations for taking part. We can say that in January 2020, when 400,350 people took part, 38 percent cited health reasons as their main motivating factor, while 37 percent cited animals. For 18 percent, helping to protect the environment was the main reason they signed up.

Corona Pandemic has clearly shown us that harming the planet by our habits does any good to none of us. How we could most simply explain to people how going vegan can support improving our world and sustainable life?

Toni: Three-quarters of emerging infectious diseases in people come from animals, and this is driven entirely by our interaction with them, which in almost all cases is actually our exploitation of them. When we cut down their habitats, hunt, capture, trade and eat wild animals, we come into close contact with the pathogens they host. This appears to be how Covid-19 spread to people. But this is also true of farmed animals - when we breed, incarcerate, slaughter and eat them, any viruses or bacteria they host can jump into people. At one end of the spectrum, there is food poisoning, which affects just the person eating the infected product. At the other end of the spectrum, we get a transmissible virus that has the ability to infect people in every country in the world - like Covid-19.

So, although it was a wet market in China this time, it could just as easily be a chicken farm in the US next time. And one thing we do know is that there will be the next time, and it will be much sooner if we don’t change our behavior.

There is another element to worry about with factory farms. They are such perfect breeding grounds for a disease that antibiotics are used routinely to try and prevent the animals from succumbing. This over-use of vital drugs helps drive antibiotic resistance, which creates another level of threat for humanity. If we lose antibiotics, simple infections will become deadly.

A vegan world would not end all disease, of course, nor end all pandemics, but it would significantly reduce the risk of them.

Plus, switching to a vegan diet requires less land, energy and water to produce the food. Animal farming is a leading driver of deforestation and biodiversity loss. It is also a leading polluter, with the gargantuan amounts of slurry produced poisoning rivers and oceans, creating algal blooms and ocean dead zones, where wildlife cannot survive. If we truly want a sustainable world, and one that is kinder, fairer and greener, we must look to our diet and move towards plant-based

You have a program for partnering with corporates and your country is now officially the world leader for vegan food launches. You cooperate with the large multinational corporations but also with the smaller high-street retailers – by offering support and promoting their production of animal-free items. What are the other countries that you are supporting and how you see the role of the corporate world in the mission of creating a more human and compassionate world?

Toni: It’s not enough to show people why trying vegan is so important; we have to show them how to do that and there is no doubt that it is easier when there is a choice of delicious, easily accessible options available to people. Not everyone has the time or the ability to cook from scratch. Not everyone wants to be the odd-one-out, eating a wholefood lentil bake while their friends are tucking into pizza. Veganism is not about denial! It is about celebrating abundance.

And so we support and help companies of all sizes as they bring to market delicious food options that will appeal to everyone - from long-term vegans to people just looking for something tasty for their dinner.

We have extensive relationships with large and small companies in the UK and work with them all year round to increase and improve their vegan offerings. In the last two years, we have also begun working with companies in the US, Germany and Latin America.

What do you think is the best way to promote veganism as a method for developing a nonviolent and healthy way of life style? What kind of testimonials resonates best with people who never thought of going vegan?

Toni: The human mind is a very particular kind of beast! If it thinks it can never have its favorite food again, it will flat-out refuse to try vegan, even if it knows that this would be the best thing for animals, people and the planet. And so while our focus is very much on creating a fully vegan world, we encourage individuals to just try veganism for one month. No more. No less. One month gives people enough time to adjust to new foods, find new recipes, ingredients and products, and realize that they don’t have to miss out on anything at all. In fact, so many people report that trying vegan for a month opened up a world of new food options and that they have never enjoyed their food so much.

Importantly, during those 31 days, they also learn a lot about the impact our food choices have on the planet, and they come to understand what a piece of meat or a litre of milk means to the animal whose body it was or came from. We share tips, recipes and ideas, introduce them to the other participants in a supportive online community group, and we shower them with support and encouragement. We make sure that they feel included and listened to, and we take care to guide them and answer their concerns.

The combination of coming to understand why being vegan is so important alongside the development of new food habits is sufficient for many people to stay vegan at the end of the month, while almost everyone who takes part decides to reduce their consumption of animal products.

For those who have never thought about going vegan before, testimonials from athletes can be incredibly motivating. Many people who have watched The Game Changers documentary take part to see if it will boost their sporting performance, too. Health testimonials can also be very compelling, and they often incentivise people to try a fully plant-based diet for a month. For so many, a few weeks without animal products can bring a world of difference to their lives - we commonly hear that people sleep better, experience more energy, have better skin, hair and digestion. But we also hear that arthritis symptoms disappear, that depression symptoms lift, that chronic pain and long-term conditions ease or sometimes just disappear altogether. For some people, the results of eating a vegan diet for 31 days is nothing short of miraculous.