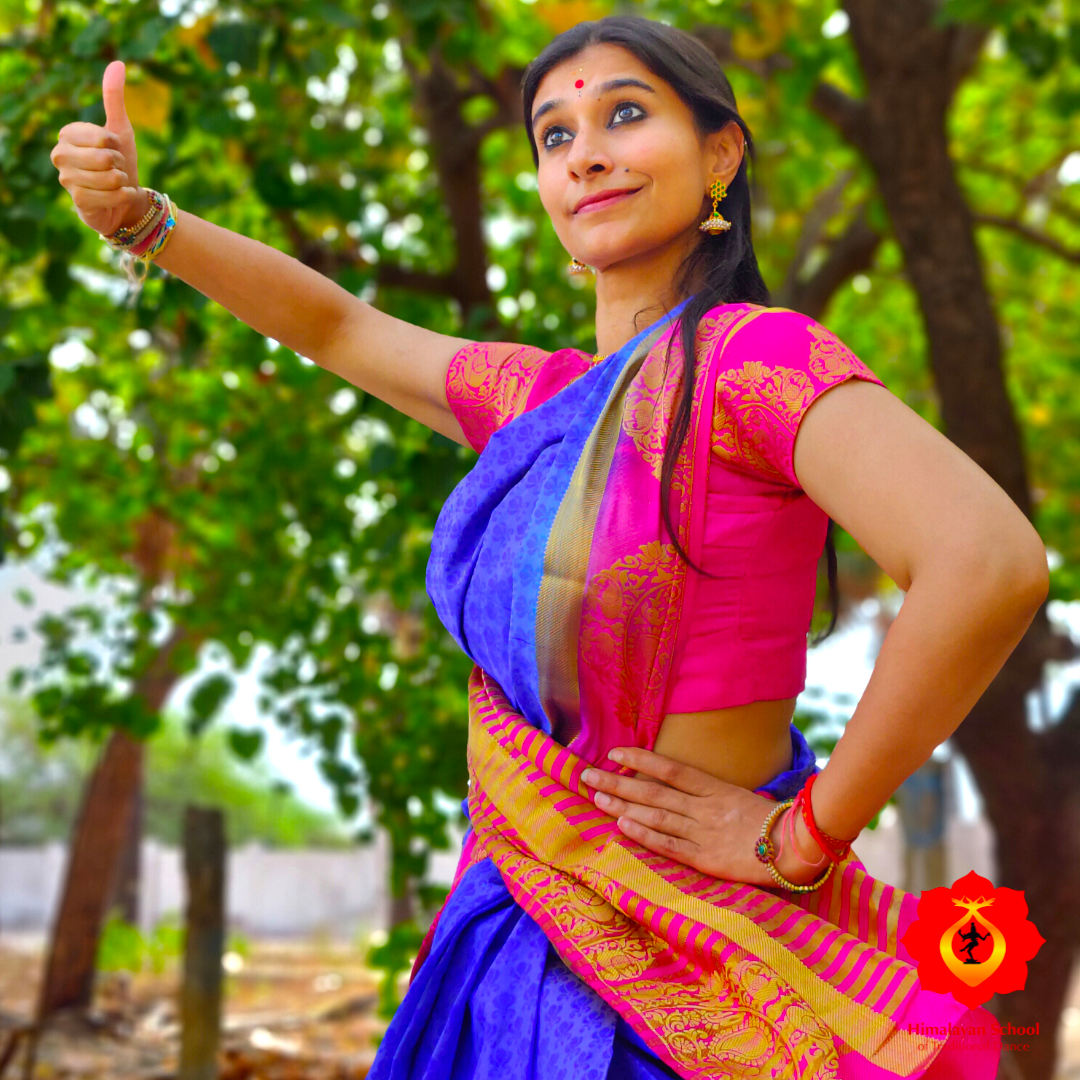 The pilgrimage to the sacred abode of Lord Skanda

A popular saying in Tamil states “Wherever there is a hill, there is the presence of Guha!”

In South India, many hill shrines are dedicated to Lord Subramanya, also popularly referred to as Skanda or Muruga (among 1008 names). Legend has it that a demon by the name of Surapadman was wreaking havoc in all the 3 Lokas (earth, heaven and netherworld) and terrorizing the noble ones. Having performed severe penance for hundreds of years, he sought immortality. When the Gods said that was not possible and to ask for something else, he requested that he could only be vanquished by an offspring that was born of Shiva without a union. He had thus become invincible.

The Devas were imprisoned and all the worlds experienced the dance of the demons. Unable to bear the intense suffering, the Devas approached Lord Shiva and expressed their predicament.

Shiva, out of his infinite compassion, woke from penance and invoked his energy that emanated as six sparks from his third eye on his forehead. The six sparks were raging hot even for Agni, the fire god to bear, and he therefore placed them in the Ganga and carried them from the Himalayas to the Saravana forests. As she also could not bear the intense heat much longer, mother Parvati, assuming the form of forest reeds and cool waters, became the matrix for the six babies to bloom. The Pleiades or six celestial nymphs known as Krithika stars nursed the babies, feeding them their milk. Mother Parvati embraced the babies and the six babies were transformed into one. He was everyone’s favorite.

Skanda’s birth was a grand collaboration. His birth was a magnificent manifestation that happened at the speed of lightning as described by the scriptures. As the son of Shiva, he is known as Guha, as the son of Parvati, he is referred to as Skanda. Since the Kritika stars nursed him, he is known as Karthikeya. Saravana, Muruga, and Shanmuga (one with 6 faces) are his other popular names.

As a young lad, he was appointed as the commander-in-chief of the Devas. His war encampments are the six abodes – Palani, Tiruchendur, Tiruttani, Pazhamudhir Cholai, Swamimalai and Thiruparankundram. The six abodes are also considered the six chakras through which the divine kundalini energy has to flow upwards to open up the divine energy.

Karthikeya waged the war against the mighty Simhamukha, Tarakasura and Surapadman. Mother Parvati’s power, condensed to the vel ( the divine lance), became his ally. With his mighty ego torn apart, Surapadman surrendered to Lord Skanda. The beautiful aspect here is that Surapadman was not annihilated but transformed into a peacock, his vehicle, and his banner, the cock. Karthikeya’s vel annihilated evil.

This triumph of good over evil is enacted at Tiruchendur every October, during the Skanda Sashti festival, and is popularly referred to as “Soora Samharam” (the vanquishing of evil).

Devotees observe fasting and perform various prayers according to their traditions, starting six days before the festival. For spiritual seekers, this is a journey of intense purification with a transformation from tamas (Darkness)  to tapas (Light).

Tiruchendur is also known as Jayanti Puram. After the victorious battle against the demons, Skanda planted his vel in the ground to extract water for quenching the thirst of the celestials. This holy water is not salty although the sea is extremely close by. Devotees take bath in this holy water. Tiruchendur, in recent times, is becoming popular after the tsunami. It is indeed a miracle that the sea receded and did not leave the marks of nature’s fury at the temple.

The deity taken out for the processions (known as Utsava Shanmugan) is also very special and significant. Legend has it that Dutch sailors who plundered the sea coast of Tamil Nadu were captivated by the idol when they landed in Tiruchendur. The sailors took the idol with them on the ship. Soon, a storm struck the sea and the captain realized that it was indeed the fury of the divine for having stolen the idol. He threw the idol back into the sea, to escape the wrath of the Gods.

Years passed by before Lord Muruga appeared in the dream of a pious devotee who was the administrator of the temple at that time. In his dream, Lord Muruga indicated to him that the idol was in the sea and that lime would come floating by and a kite would encircle in the sky above and reveal the exact location of his presence.

Expert divers went on the sacred mission to recover the deity from the sea. As indicated in the vision, the presence of an encircling kite in the sky and lime indicated the location. Soon the deity landed in the hands of the devout diver. This astonishing incident led the ruler to establish the idol in all glory and also a team of committed priests who would offer puja to the deity with specific rituals. To this day, only people from their lineage offer services to the Lord. It is a spectacular sight to behold the Shanmugam Archana that is performed by six priests. They offer the divine lance & flag and a garland made from a special fibrous root with medicinal properties to the devotees who sponsor the Archana. Six different varieties of rice are offered as prasadam (blessed food) to the Lord.

At Tiruchendur, Lord Subramanya, the moolavar (the deity in the sanctum sanctorum) is in the form of a yogi holding a japa mala (prayer beads) in one hand and flowers in the other.

In the niche near the sanctum sanctorum, there are five lingas (typically stone representations of Shiva as the Unmanifest). It is believed that Patanjali and many Siddhas offer pooja (worship) to the lingas here. It is indeed a marvel that even though it is open to the sky, not a drop of water remains to be seen on the ground inside even after a heavy spell of rain.

The deity of Tiruchendur is known for His extraordinary healing powers. Sri Adi Shankara (also known as Shankaracharya) won many debates as he traveled the length and breadth of India establishing the philosophy of Advaita or nonduality, the essence of which is “Aham Brahmasmi!” (I am the Supreme Consciousness!) Many scholars were jealous of Adi Shankara’s popularity. Out of extreme jealousy, an evil spell was cast on Adi Sankara. Saints are selfless and do not take much effort to alleviate their suffering. They do not expend their spiritual powers on such trivial matters. Adi Shankara chose to work it out himself and took only a short respite by transferring his pain to a darbha grass until he completed his sacred rituals. The story goes that the Lord of Srisailam, Mallikarjuna, appeared in his dream and directed Adi Shankara to visit his son’s abode at Tiruchendur.

As directed, Adi Shankara reached the holy abode of Tiruchendur. Upon seeing the deity, words profusely started pouring out, spontaneously describing the transcendental qualities of Lord Muruga. The verses are the ecstatic outpouring of Shankaracharya when the luminous and brilliant form of Skanda was revealed to him. The verses are set in the bhujanga (snake) meter that reflects the wave-like gliding motion of the snake and is called the Subramanya Bhujangam.

A few of the verses give us a peek into the experience of divine communion.

I know neither words nor their Meanings, Oh Lord,

And I know neither Poetry, nor Prose, but …

within the Core of my Heart, I see the Conscious Effulgence of Your Six Faces, …

which is making these various words pour forth through my mouth.

As he recited the stanzas, Adi Shankara was cured of his illness and the evil spell was warded off by the grace of Subramanya.

Like the Huge Waves of the Sea Disappear within the Sea

similarly, the Calamities of My Devotees will Disappear Who come to My Presence where I Dwell (and completely surrender to me),

Thus You seem to proclaim showing the Rows of Waves on the Sea (to the Devotees),

May I always Meditate on You, O Guha (another name of Subramanya) within the Lotus of my Heart?

Apasmara (Epilepsy), Kussttha (Leprosy), Kssaya (Consumption), Arsha (Piles), Prameha (Urinary diseases like Diabetes), Jwara (Fever), Unmada (Madness, Insanity), Gulma (Enlargement of Spleen or other glands in the abdomen) rogA mahAntha (and other formidable Diseases), Pisachas (Evil Spirits), … sarve bhavatpatra bhoothim (when in Your Bibhuti – Sacred Ash contained in a Leaf, sees You), vilokya kshanAth tArakAre dravanthe (Who is the Enemy of the formidable Taraka, they hasten to Run away Immediately)

May the ocean of compassion, that fills our hearts, shower His grace on all those who seek his eternal protection. The pilgrimage to the sacred abode of Lord Skanda with Mohanji was indeed a memorable experience etched in our hearts.

Victory always to you, Who is the son of God, Who grants salvation.