Sri Aurobindo was telepathically guiding the American soldiers in WWII 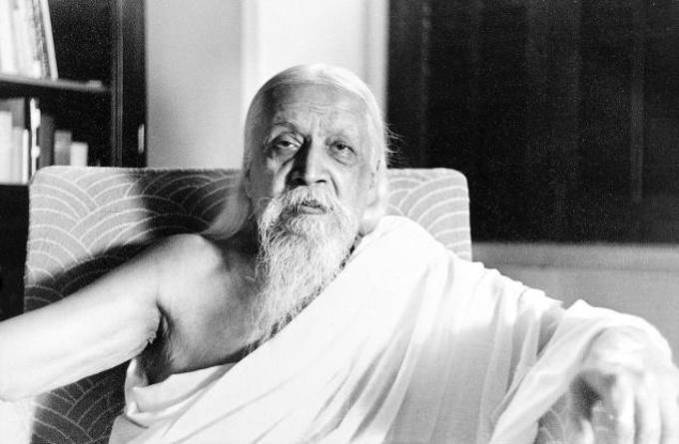 When in India in 2010 I had some “extraordinary” experiences that will stay with me for life. One such experience was while relaxing in our room one day at Sathya Sai Baba’s ashram (Prashanti Nilayam), my brother and I were very involved in talking about Sri Aurobindo. (I'm sure many would know the name).

We spoke of the abilities and the achievements of this great Indian yogi, and how he guided the American soldiers in WWII in taking another path so to avoid an ambush by the enemy.

Sri Aurobindo accomplished this great feat by leaving his physical body and using powerful thoughts to register on the minds of the American soldiers in charge. They then responded by taking another path away from the enemy in which they were definitely outnumbered and would have all been massacred if not for the help of this great yogi.

My brother and I both laid back on our beds absorbed in thoughts on Sri Aurobindo while all the time speaking at length on this great man, a godly man who has merged.
Then all at once for some strange unknown reason my brother spoke up and said, “I'm going for a walk.” As soon as he left the room I decided to have a shave and freshen up a little because of the strong heat that India has.

I stood before the mirror in the bathroom and proceeded to put shaving cream on my face, then I tilted my head in looking down so to pick up the razor - with razor in hand I then looked up to see Sri Aurobindo staring back at me from inside the mirror.

It only lasted for some seconds but clearly this I saw. In those few seconds I received Sri Aurobindo's words clearly saying: "Thoughts of love never go to waste. Genuine thoughts such as these are always received by those they are directed too. So I respond by letting you know this."

It seemed that Sri Aurobindo once again used powerful thoughts to register on my brother's mind so to have him leave the room at the appropriate time. For reasons unbeknown to me I had to see him in the mirror to be able to receive his message. Strange dont you think how things come about, and stranger still how such things work.

My First Meeting With Baba

SWAMI Answers a Cry for Help

The Light Of SHIVA

Nov 5, 2016Editorial Team
The Borrowed God And Other StoriesSpiritual experience under the MEDITATION TREE in Prashanti Nilayam