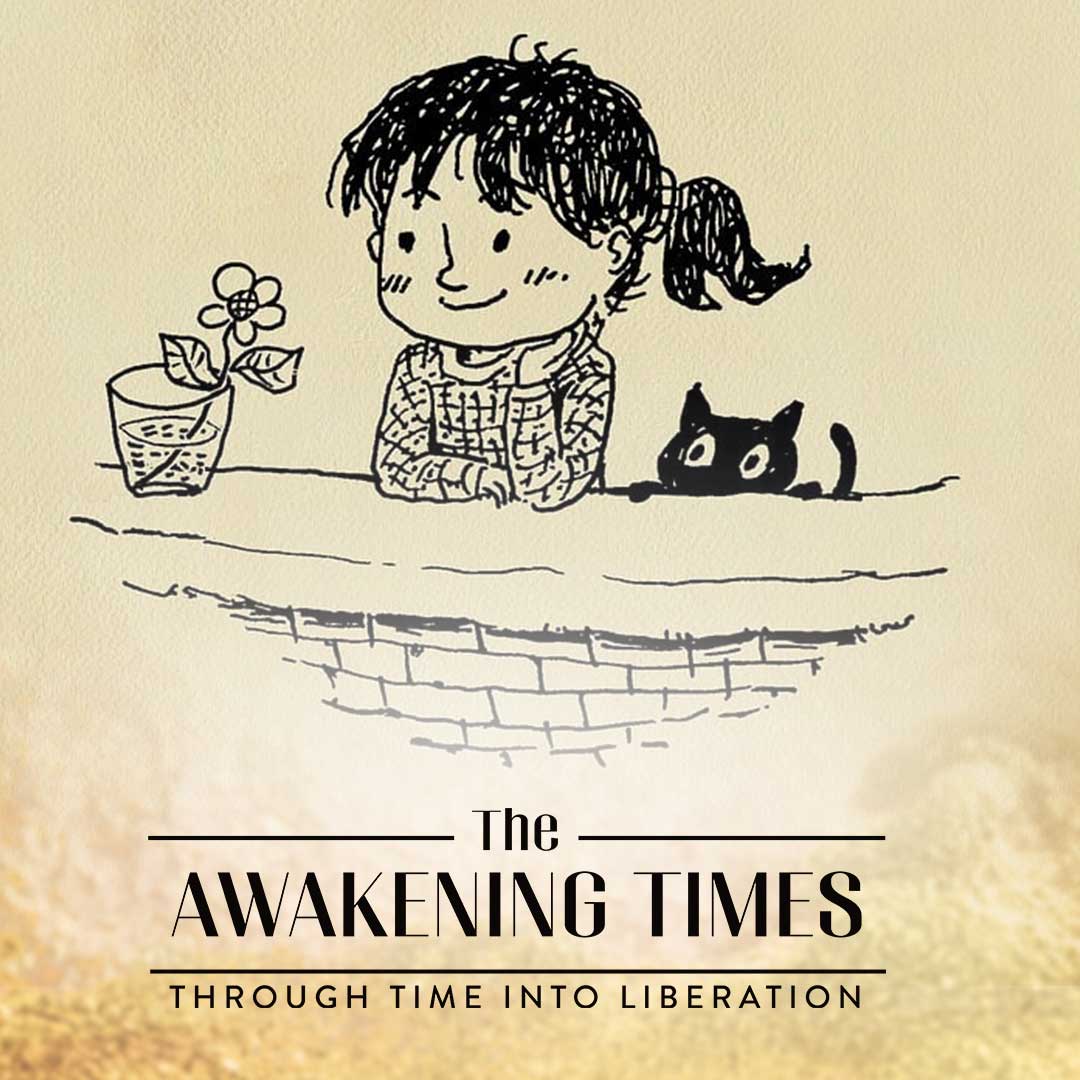 My life with animals.

From my youngest age, I had contact with animals. We almost always had a dog and a cat in the yard and some of them in our home, such as  fish, turtles, parrots. My connection with animals wasn’t just physical, it was spiritual too. I have learned a lot from them.

The earliest experience that I can recall and wish to share with you happened a long time ago. I was 8 or 9 years old. My family and I were visiting my aunt and her family in a village in Bosnia and Herzegovina. There was a stable with horses. My elder brother had already told me not to go out the back door because there was a dog. At some point, he asked me to go and bring something. I instantly forgot his suggestion about the back door and simply ran out and slipped. The dog approached and bit me. There are scars on my left thigh from that day. I remember very clearly that I was sitting on the ground, looking at the leg, then the sky, the leg again, asking myself: What am I suppose to do now? – The answer was: „Now is the moment when you call your mamma.“  I said aha, and I started crying and calling my mother. I felt no pain.

After this incident, we had a pet dog living with us. He slept  in my bed and I didn’t feel any fear. Then came a period of time when we lived without a dog and somehow the fear came back to me. I was so frightened of dogs, paranoid even, at the age of 30. In October 2009 I learned about a natural healing method, Usui Reiki. For people who have never heard about it, in Japanese Reiki means divine, life energy guided by a pure spirit, our soul. And Usui was the first teacher, the founder. I got initiated in Reiki and started practicing first on myself. My first experiences with others were with animals and my first patient, receiver of Reiki, was a small female black dog. She was dying slowly after her owner passed away. When I met her, the family told me that she wasn’t eating,  didn’t drink, nor walk or bark, for ten days already. She was just laying there and grieving. I was a little saddened by her story but that was all. Prepared to leave, I heard a  voice saying: „Give Reiki to the dog“. I had read how to give healing energy to an animal but I never did it before. The call of my intuition was so strong that I removed the jacket and set down to give Reiki to the dog. She was like a dead toy when I started. The moment I finished with the head and moved to the front legs, she just raised her head. The head was alive, but the other parts of the body didn’t seem so. After the front legs, I moved my palms on her stomach and it was like a miracle unfolding in front of me. She, the dog, was standing on the first two legs, but the rest of the body looked like it wasn’t from the same animal. After a couple of minutes I moved my palms to her back legs. When I finished, she stood up on all four of her legs. I was amused. The tail still hung lifelessly. When I finished balancing the body, she just walked around me and then jumped from the sofa where we  did the healing, then left the house. A couple of months later I heard from the family that the dog was pregnant.

The second special experience happened to me  with a dog just after he was hit by a van. I was there once it happened. The dog was thrown all the way to the other side of the street. It was winter time, there was snow and the temperature was -13 degrees Celsius. Some kids were around. I asked the to go home and leave me alone with the dog. He had an open wound and I saw the blood. I channeled Reiki for about 15 minutes before  the owner came and took the dog in her arms. My palms were burning. I went to visit the dog the day after. The family told me that he didn’t allow anyone to come close to him, the veterinarian nor anyone else. He did allow me to approach him . I did another healing session for this dog on distance and felt it was  enough. A week or two later, I saw the dog in the street. I went and cuddled him, whispering: “I know that you can walk, but can you run? Seconds later, he  ran after a car then came back and laid down in front of me. He understood me and I felt  happy and blessed.

How I healed my fear of dogs?

I did Reiki of course, but I also used some affirmations until I reprogrammed my subconscious mind. The affirmation I used  was: I am a friend of dogs and dogs are my friends. Very soon I could walk alone during the night, I came across many  dogs, they would play with me, or just walk alongside me. The feeling was great, as if I gained back my freedom. Not living in fear anymore was so refreshing!

The small yellow dog asked for my help

One night, as usual, I was walking in my neighborhood. At that time I used to do a lot of meditative walking. I enjoyed walking alone and contemplating on God, life, and everything, listening to silence, and the answers coming my way. During one of the walks, I heard a dog barking behind me. I stopped, unimpressed as he just interrupted my contemplation. Turning around, I asked: “What? What do you want?“ I instantly felt sorry for yelling and I lowered my  voice saying: “I know, show me where you feel the pain“. The dog turned on her back showing me her sterilization wound. I said: “Ok, let’s do this.” I did Reiki healing in the middle of the street and we both went our way.

The cat was saved too

I once found a kitten who had his back legs broken. I took him home to help him heal and afterwards let him free. As I live in the attic of the house and at that time had no balcony, one day the kitten jumped out of the window. Luckily, he survived and left our yard. I understood that his path wasn’t with us.

The next time I was waiting at a neighborhood bus stop, a dog passed by and the next thing I heard was a cat’s cry. I ran a couple of meters and found a white kitten laying on the ground. First the dog bit him and then a kid took him into his arms and let him fall onto the ground. I felt that I had to help him. I knelt down, extended my palms and let Reiki flow through him. A minute or two later, he stretched out his body full of pain and let out a sigh of relief. It was an amazing thing to witness. I stayed with him a while longer and then asked the kids to give him something to eat. Later that night, I took a walk to that part of the neighborhood to see if he was alive and if he was there. He was. I found him sitting under a car that was parked. It looked to me like he was hiding from dogs. I sat down on the stairs, looked at him and talked with him. I remember telling him: “If you wish to come with me and live in our yard, you have to come to me now and sit in my lap.“ I didn’t want to make the same mistake as before, however, I wanted to take him with me in case it was his destiny to share his home with us. Several minutes later, he actually came and sat in my lap. I took him in my arms and brought him home. He’s been with us all these years. Once, when he was ill, I even did Reiki on him. Since then, he is a good and healthy cat. I find him to be an adorable cuddly kitty.

When I hear some so-called very smart people saying that we people are smarter than animals, I can’t disagree more. They hear us, they understand us, they love us, but do we understand them, do we really love them? How can we love cats or dogs and eat other kinds of animals? Is that love? How can we love parrots and eat chicken? How can we have golden fish in the aquarium and  eat other kinds of fish for a lunch? How can we love animals if we keep them in zoos? I was shocked when I was in the Emirates and saw penguins there. What are penguins doing in the desert, for God’s sake? That is not love.

Birds on my window

Since I was a child, I liked to feed birds, especially pigeons. In 2018, my dear teacher Mohanji told me to feed birds each day. He told me that the amount of food is not important but feeding them with love. He also explained to me that this is good for karma. You can relieve bed lineage karma if you feed animals of all kinds. I followed his advice and it is so cute when small birds come to my window in the morning and they wake me up. Also, it is such a wonderful feeling when different beings accept the food that you offer to them.

Why animals are not food for me anymore?

Maybe the first thing that I heard when I started practicing Reiki was the fact that animals die in pain and fear. When I got initiated into Reiki I did it for my well-being, to remove all obstacles inside me, all blockages, all fears. And if I am on that path, why would I eat others’ fear? Also, I read somewhere the sentence that said: “What is the difference between tasty chicken on your plate and the dead dog on the highway? There is no difference. Both are dead.“ Later, I met Mohanji, who is on the path of ahimsa (non-violence). I also remembered Christ’s words “Do not kill.“ He didn’t say do not kill people but kill animals. He just gave us the rule to kill not. That is what ahimsa is about. Most animals have four limbs as people do. They have hearts, blood, children, feelings too. They have compassion towards their kids, etc. And finally, I realized that if I cannot eat other human beings’ flesh, I can’t eat that of animals eiother anymore.

There is one more cute story that I wish to share. It was a yoga retreat here in Serbia in 2021. and it was raining that day. I had a desire to go for a walk in the nearby forest. I put on a raincoat and went into the forest. I heard a cat’s cry and looked into the bushes where it was coming from. There was a kitten, all alone. I took him with me and brought him to the mountain lodge where we stayed. I asked the restaurant for some milk and fed him. There were some people with kids who also came to the yoga retreat. Their family adopted the kitten. They even sent a photo from their home. That was one very lucky kitten.