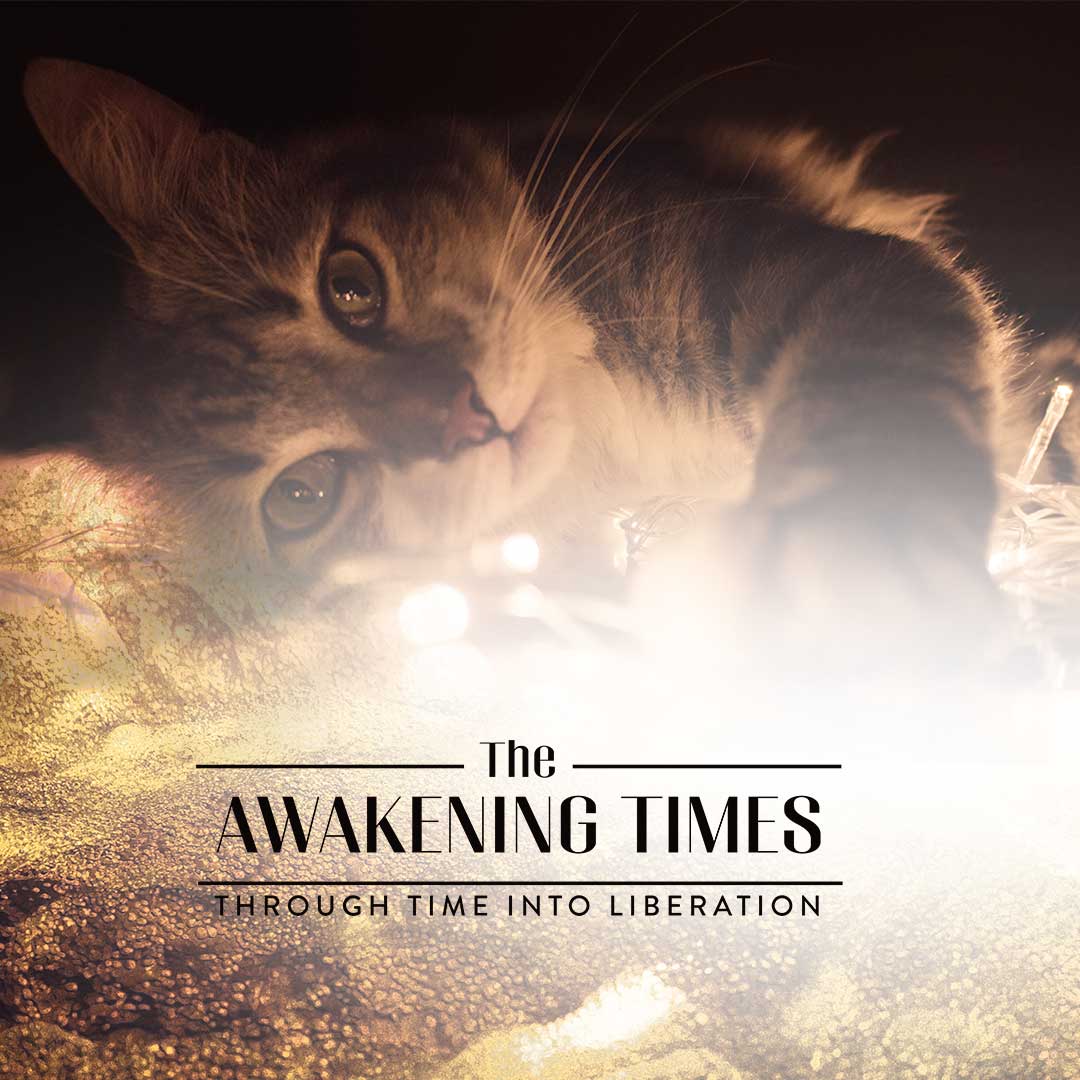 You may have heard different stories about cats. That they are just animals that need to live outside with other cats, because they can transfer all kinds of diseases, scratch you, they shed, and so on. All that can scare people away, so they may miss the chance to get to know these magical beings properly and enjoy the benefits of their abilities.

Cats are free-spirited beings, dignified, very clean, capable, and independent. Ancient Egyptians adored them. Their custom was to be buried with their cat upon leaving this realm because they believed cats were their guides in the realm of the dead. They knew cats` powers and respected them as their guardians. Nowadays, people consider themselves cats` guardians, instead.

Since then the veil of forgetfulness has become too strong and sacred knowledge has become hidden from the masses. It is still available, though, to those individuals who get to know themselves well enough to be able to see through the veil of illusion and peek into the hidden reality.

I`ve always been surrounded by cats since I was tiny. But I didn`t always know them. They would usually find shelter in my yard on their own. I never took a cat because of its breed, even though I had them of all sorts. Getting to know them better resulted in forming such a close bond with them, opening up the gate to a completely new world for me, that now I cannot imagine living without them. I used to think I helped them, but now I see in what ways they actually helped me.

Whoever was close to cats could see that they were able to lower humans` blood pressure, calm their nerves, slow down their heartbeat and heal pain with their purring vibrations. I had quite a few purely magical experiences with cats.

Once, a cat healed my fever of 41 degrees. No medicine or doctor could help. Then, one night I almost lost consciousness, when I suddenly felt something cold pressing on my hot nose. I opened my eyes and could see a cat performing something on me. It seemed like the cat knew exactly what it was doing. Ten minutes later I checked my temperature and it was normal, On the other hand, the cat was choking for the next two hours.

I was in owe and state of shock for days after that.

I had a kitten that my neighbor disabled by putting mercury into its ears. It reached the kitten`s brain and it lost coordination due to what was done to it, it was suffering tremendously. It was refusing to eat and one day it went outside and hid under heavy logs.

I moved them all to save the kitten because it was winter and everything outside was frozen. But once I reached the kitten what I read in its eyes left me speechless. The kitten was looking at me telling me telepathically that it didn`t want to live a life without dignity, that it would rather die. Thinking that I only imagined what I heard I took the kitten inside to warm it up. But instead of collaborating the kitten behaved like a wooden statue, like frozen, wouldn`t move. After I was shown what the kitten previously tried to communicate to me, I realized it was its way to confirming that it wanted to die. At that time I was in so much pain, because of what was done to the innocent being that had just started its life. I couldn`t accept just let it die. I wanted to do everything in my power to support its life, even against its will.

But, as it usually goes with animals, especially cats, the kitten had known at that time what I realized later. They always know before people. Since that day the kitten accepted to stay alive just because of me, to give me time to accept his departure wish. It would eat only when I was home and would wait for me in front of my room when I was away. It lived, suffering, just because it knew I didn`t accept the inevitable yet. Then one day, when I went to a hospital for a check and stayed there for two days, it peacefully departed. That experience taught me that cats are not afraid of dying. They don`t accept living their lives without dignity, in pain and they can be attached to people so much, that they would accept things they usually wouldn`t out of love for their human companions.

Since that neighbor was killing all our cats, one day we decided to take them to a valley a few kilometers away where they would be safe, just to save their lives. At that time we didn`t think that their destiny was closely tied to ours We planned to visit them and feed them from time to time. It seemed to us a logical solution.

A few days later, when we went back to visit them, we couldn`t find any of the eight cats. We could only hear a cat crying very loudly. The cry wasn`t an ordinary cat cry. I knew that the cry signified mourning for being abandoned. When the cat saw us it stopped crying immediately and ran towards us. A woman who lived nearby showed us the other cat that was lying still, almost buried in the ground, because it had rained heavily the day before. A woman told us the cat had been lying there for three days, even before the rain started. We all concluded the cat was surely dead and left sad, although no one knew how such a capable and healthy cat could just die. It was the cat that knew how to open doors and entered the house by jumping through windows.

One late summer night, a few months after the cat accident, I was reading a book in the half-light and my room door was open, so I could see through a long hallway. Some movement distracted me. I saw a cat running towards me. It looked and surely behaved like the cat that we saw dead months ago. I started screaming, calling my mom to come over, thinking that I was probably hallucinating.

When my mom arrived the cat already was seated on my lap, burying its paws among my thighs, as if it wanted to say: `I missed you so much, I don`t want to separate from you ever again. Hold me, please. ` The cat started purring and stayed in that position for hours. When I tried to put her on the bed in order to stand up she started crying and wouldn`t let go of me. We were convinced it was our cat, although it seemed much smaller, skinnier, and with visible injuries. I needed time to recover from the first shock. It was evidently the cat`s big comeback from death, for the sake of love for its humans. We gave it a lot of love and the cat recovered very, very fast and stayed with us for years after that.

I have to mention one more cat case. It was winter again. I was recovering from surgery. We could hear the cat’s cries getting stronger and stronger that night. We got out and followed the cry. We found a severely injured cat under the window. It couldn`t move, because its body was broken. Somebody just put it in our yard instead of helping it. After checking the cat we concluded that the cat was probably run over by a car since its back and legs were broken, and twisted. A vet said that it wouldn`t survive and the best would be to put it to sleep. I just couldn`t do it.

We warmed the cat up, gave it a lot of attention, and love, and spoke to her gently, encouraging it to fight for life. The next day the cat started dragging its broken body, trying to walk. After a week it straightened its body and a few weeks later it was walking, almost completely recovered. That case showed me the power of love. What human love can do for animals. The cat lived for years and even gave birth to kittens.

I remember one more than a written-off case according to vets. It suffered from severe diarrhea and pneumonia. My friend, a vet, I consulted, told me there was no way to help the kitten and it would certainly die. I loved that creature so much that it wasn`t acceptable to me. It looked at me as if saying, please help me, I wanna live. So, was its nurse, non-stop, giving it oral infusion every 10 minutes for days with no sleeping. When the kitten recovered I told the vet. He didn`t believe me and wanted to come over to check that it was the same kitten because from the medical point of view recovery in such cases wasn`t possible. He left our house speechless.

Over a few decades, there were tons of other cases in that volumes of books could be written about them. Those experiences convinced me in cats` magical powers. Who knows what else they know and can do for humanity? Once I even had an insight that they were not only our guardians, as Egyptians believed, but also our teachers.

Cats are beings that deserve care, admiration, and respect. They`re not to be abandoned, tortured, eaten, or killed. One of my tasks in this realm is to help them survive and fulfill their mission. That is to say, our missions are intertwined. I can feel it deep inside, where the truth, love, and God reside. I just wish other people could see the truth, too.