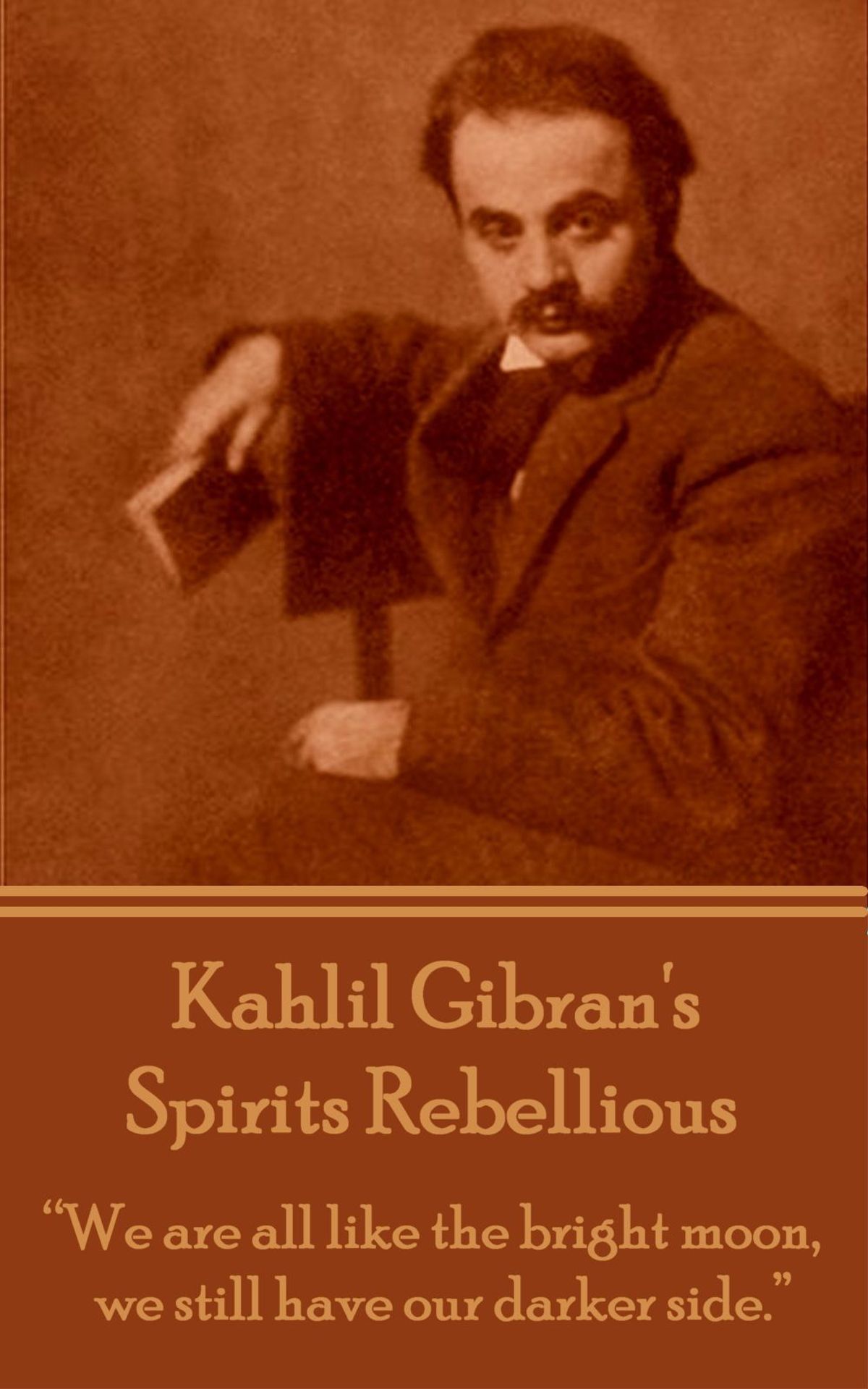 You find yourself in the market square. Here, there is the sinister flickering of reflecting light dancing off of the rolls of silk on the stall table on your left. On your right, the waft of exotic scents from herbs and spices and Moroccan coffee play on the air under your nose, alongside the slightly burnt smell of raw vegetables from the stalls further ahead. At once, the interesting smell is swept away and the acrid stench of the burning night air fills your lungs.

You see some stalls are closed because the shopkeeper wanted to join in on the fandango that seems to be occurring in the centre of the market square. You hear passionate voices shout and chant and you can make out the clear sense of disgust, flailing arms and bearded chins flicking upward. You see the large flaming pyre of pages – the burning embers drifting skyward; the last remnants of hope reaching out, before disappearing into oblivion.

This is a gathering of hatred, and it’s all because of a recently published book. That’s right; this is not a tense scene from the book I am reviewing today. It is the milieu of reactions that flared up in this part of the world back when this book was first published.

Spirits Rebellious, by Kahlil Gibran is anachronism to its time. Yet it still strikes with solemn truths on very different levels today- even with all the supposed progress society has made in the eleven decades since the book was first written and published. So what exactly did Kahlil the Heretic write in this book to enrage the religious soldiers, who seemed to set alight any who choose to present an outlook contrary to their own rather than re-examine the nature of their own ways.

After all, Spirits Rebellious is a book about love, isn’t it?

It certainly seems so, looking at the very first story in the volume, titled after its female “omni”-tagonist – Warde Al-Hani. Let me explain what I mean by “omni”-tagonist, because Gibran manages to throw a complete perspective twist in this first story. Let’s simply say that the forlorn protagonist victim becomes the oppressive antagonist and capturer of another’s wild and woeful heart in the end. I recommend delving into this volume simply to experience it. Not for the twist, but for the language and the insights into the rebellious heart and soul.

One would think it would be the words of Rashid bey Nu’man that would, in the end, show the reality of this story. But it lands up being Warde Al-Hani’s poignant recollection of her own history and actions that opens up your mind.

“My spirit rebelled when I attempted to meditate a while, because the soul is like a flower that folds its petals when dark comes, and breathes not its fragrance into the phantoms of the night.”

It was interesting to read the same truths in the book now that first struck me when I read as a younger man, in my early twenties. When one is younger you look at love so objectively and thus feel it more intensely, because you don’t yet know yourself as well as you should and your egotistical projections of love serve as a reflection of you, instead of being the one solitude you really need. You are willing to give away parts of yourself and become malleable. As the years go by you forget your previous self, but the real world ripple effects of your choices remain as if etched in stone while your heart and mind follow their own subjective reality.

“Everything lives on earth according to the law, and from that law emerges the glory and joy of liberty, but man is denied his fortune, because he sets for the God-given soul a limited and earthly law of his own. He made for himself strict rules. Man built a narrow and painful prison in which he secluded his affections and desires. He dug out a deep grave in which he buried his heart and its purpose.”

In case you’re not familiar with his life yet, Kahlil Gibran was a revolutionary Lebanese author, philosopher and artist. He was born to Lebanese parents Kamila and Kahlil, six days into the new year of 1883. They had moved to the United States for a few years, where he was likely initially exposed to a world outside of the oppressive thinking of most of the Turkish-ruled men of his home country. He was soon sent back to Lebanon by his mother, where many years later he would go on to produce one of the most accessible and important philosophical works of the previous century.

I’m talking of course, about The Prophet.

However, fifteen years before his most seminal and unifying work, Spirits Rebellious would be a tiny tome of tumultuous circumstances in the wake of its local reception. Some were simply not ready to hear these thoughts out loud. It was these seemingly radical and contentious ideas that caused the very pyre of books whence we began this review.

“But is a woman permitted to purchase her happiness with her man’s mysery?”… “Is then a husband free to make a slave of his wife’s affections so that he may remain happy?”

In the second and third stories of this book, Cry of the Graves and The Bridal Couch, Gibran ventures even further into the human affliction of setting a prison for our own rebellious souls.

Something only some of you may know about Kahlil is that he was also a prolific artist. His paintings have been displayed in exhibitions the world over, and at one point his work was compared to the work of English painter and poet William Blake, although Blake was born in Soho and not in Lebanon, and passed on a full six years before Kahlil was born. Sadly, it was most especially in lack of recognition throughout their lives, where the two philosophers and artists would find their greatest similarity. Blake is now regarded as a seminal figure in Romantic Age art, which clearly shows its inspirations in Spirits Rebellious.

Blake’s best known work “Songs of Innocence” was itself revolutionary in thought. It showed a mirror to society and juxtapositioned the innocent and pastoral world of childhood, against the adult world of repression and corruption. One wanders what Blake would have to say in praise of the insights that Gibran has formed in this wonderful book.

This book of love for the eternal inner self, preaching the woes of not realising your own strength against the mechanical grating of systematic, religious and moral oppression, was way ahead of its time. Any book that gets burnt usually is.

“If one of his fellows rises and cuts himself off from society and law, the people say that such and such a one is a rebel and an evil one deserving of expulsion from their midst; one fallen and unclean and fit only for death…”

This brings us to the final tale in Spirits Rebellious, a mischievous imp of a story, disguising philosophical soap-boxing in the narrative of story. Although it is a thinly-veiled guise, as the main character in the story is Gibran himself. Kahlil the Heretic tells the tale of a monk who is expelled from his monastery after attempting to alight some ultimate truths upon his fellow men. This story of prosecution culminates in a beautiful section where Kahlil the Heretic goes through a monologue, addressing his accusatory audience. By the end of his speech, the monk is able to make these narrow-minded men realise that life is worth more than they are currently seeing it for. Kahlil the Heretic helps them to see their collective destiny and give them the strength to rise up against oppressive thought and strive for better lives.

“Must man remain eternally a slave of his own corrupt laws or shall the days free him to live in the Spirit for the Spirit? Must he remain looking ever on the ground or shall he lift his eyes to the sun lest he see the shadow of his body among the thorns and skulls?”

Khalil Gibran died in a New-York hospital on the 10th of April 1931, likely surrounded by a city gripped by material strife in the wake of the Great Depression. Gibran himself had sunk into a state of somewhat material obscurity, not leaving any financial wealth behind at all. It had been a long, hard life plagued by the disease of alcoholism, culminating in a liver-related cancer that caused his demise.

However, the rebellious spirit of his teachings became clear on the day of his funeral procession. It was great, ceremonious affair that saw the gathering of many opposing religions, caming together as one. In his final hour, Gibran managed to unify many in the name of reverence and a dedication to the spirit of peace for all mankind. He was buried in the grotto of the monestary of Mar Sarkis in Besheri, his childhood church.

I cannot put aside the praise that this earlier work is worthy of. If you want to experience the revolutionary insight Gibran recognised and blessed us with in Spirits Rebellious, it is now mostly available as a work within larger compendiums. Yet for any soul that has ever been governed by its heart, this should be your next read.

“I saw before me a single divine spirit in the two human bodies made beautiful by youth and clothed in unison. Between them stood the god of love, his wings spread to protect them from the anger and blame of people.”

GET THE BOOK HERE