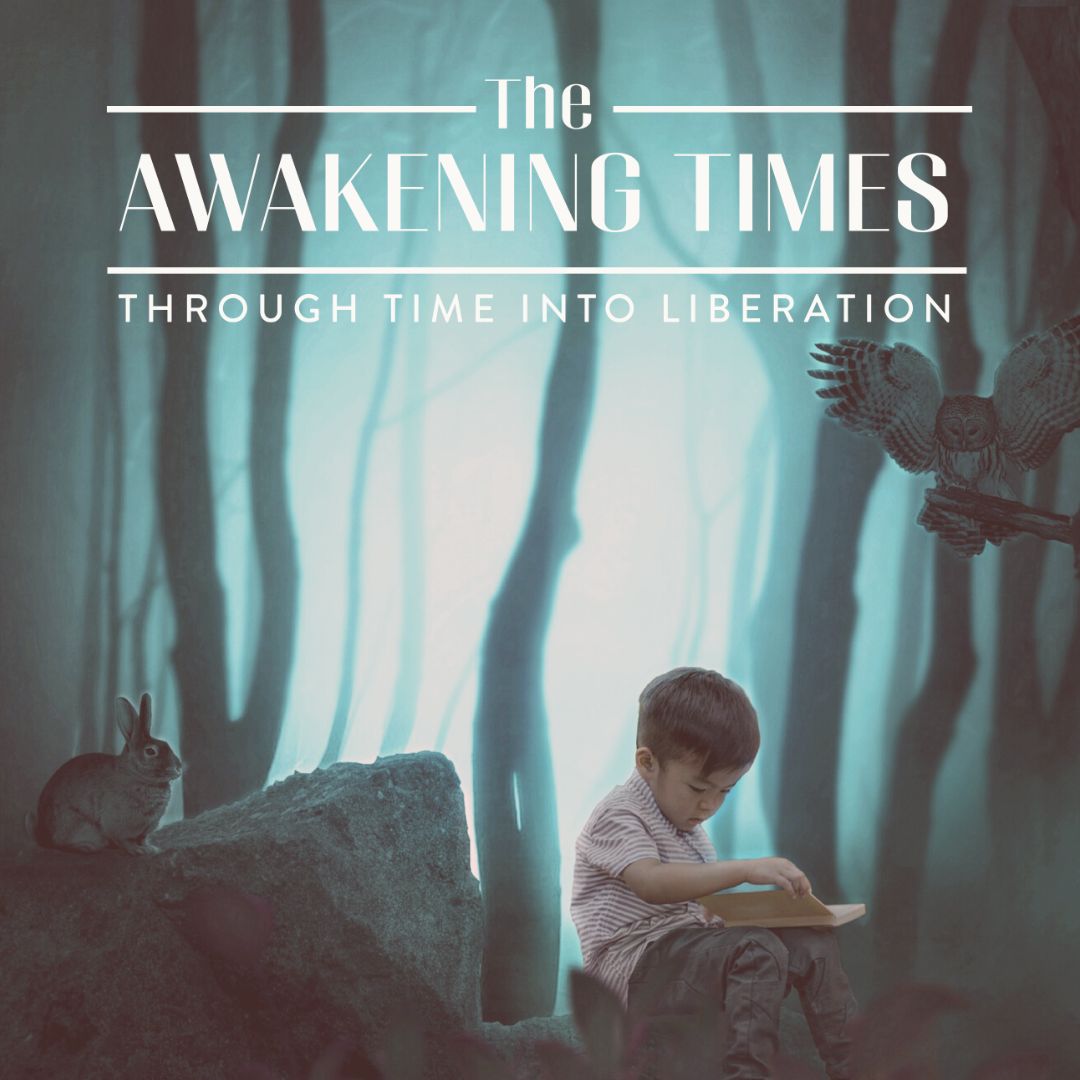 Imagine you are reading a book review about a book you have never read, with a strange title, and the first line of the review asks you to use your imagination and states that this review will end with a question. In the second lengthy line of this article, the reviewer explains that this imaginative journey towards a question mark potentially spans a century of interconnected places and ideas, with a core existential value that stretches back to the very essence of when mankind first started to make sense of the world around two millennia ago.

This article seems quite long, you think to yourself as you read this line and notice its length in entirety.

Upon reading the third line of the review, you would have hoped to have had a clearer understanding of where a description of this book might even start, but all you get is another line of self-referential prose. The reviewer then concedes and reaches out to you in an attempt to meet you halfway between the page and a place of understanding by starting the next line with a philosophical angle:

Generally, when we aim to get an understanding of a book, one of the first inquiries we make is “What is this book about?”

This is where the first conundrum – the initial plot twist in your own journey with this book – might begin. Because in describing any book we have to attain a level of understanding of a multi-fold network of subjective impressions upon the individual experience, for which the linear structure of reviewing might not be able to suffice. In essence, we can outline objective facets, such as the chronological events of the plot as it unfolds across the pages, the lyrical usage of the lexicon, the milieu and character progressions, and many more. Yet we often are unable to manufacture an accurate vicarious experience of what reading the book is actually like. The very thing we subjectively and exclusively experience, shape our entire journey with a book.

Looking at it another way – trying to convey an accurate answer to the sincere query “What is this book about?” by simply recounting the plot mechanisms and story themes is like describing the Mona Lisa as “a painting of a woman” or the Pietà as “a statue of a mother and her son”. There’s an inalienable disconnect and an inevitable misrepresentation.

The reviewer steps back and asks for the sake of the reader once more within context then, “So, what is this book about then?”

Considering all of the above, your reviewer would venture to say that, simply put, this is a book about reading books. If ever there has been a tiny tome of tender affections and transparent yet purposeful affectations in dedication to the art of reading a story in a book, it is surely If On A Winter’s Night A Traveller, by Italo Calvino.

So who is our main character in this story? Well, dear reader, you are.

If this review that you are reading were to kowtow to the impending expectation of unpacking at least some objective reveal about the plot of this book, dear reader, then this reviewer would ask you to replicate in your mind the experience of reading the initial few lines of this article instead.

That’s because we as humans have no greater love in history than for the construction, experience and application of a story. Stories shape our entire understanding of existence. It is a phenomenon which has been with us for a long time, and it would be pertinent to extend this review into some conceptual existential journey that stretches back to the very first Palaeolithic bonfires where hunters recounted through rudimentary gesticulations, that which was in their developing brain, into the skull of another, over two million years ago.

Dear reader, it is at this point that you realise that this review you are reading might not be leading you directly to the answer you seek, but instead tempts you with the arena of ideas encapsulated in this book by Italo Calvino, giving you the bird’s eye view from the circumference of its concepts. It is only after the second line of this paragraph that you find this review suddenly at the very crux of what a narrative represents in any other normal (less populated) book review – the origins of the author and the barrage of an interconnected network of facts, ideas and adages on how it culminates in the book you are being recommended.

If you were to visit the Italian village of Siena today you would find the museum of the oldest hospital in the world, the Santa Maria de la Sala. It was here – 6 days before this reviewer was born – on 19 September 1985, that the Italian writer Italo Calvino passed away due to complications caused by a stroke. While within his mortal coil, Calvino found influence for his writing from the likes of Argentine author Jorge Luis Borges, who died the year after from liver cancer, after a life of unsatisfactory impact on his world. It is not impossible to imagine the two author’s souls meeting at some forking garden path and seating themselves on a bench to watch in awe the influence of their posthumous impact on the stories and thinking of the world.

It was in Borges’s 1941 short story The Garden of Forking Paths that modern storytelling and science fiction first touched on the concepts of the many-world theory and quantum mechanics. With the inherent collective knowledge we now possess over the role of the observer in quantum experiments and how it affects the very outcome of the fabric of existence, we take a collective step closer down the Camino towards our love for the purpose of narrative in making sense of the very fabric of our lives. We live to observe characters in the setting of a story as Joseph Campbell’s hero would have us imagine. We analyse these stories and learn from their perspectives, events and milieus and we apply them to our lives and our thinking about the world. But if the penultimate line of this paragraph serves to prove anything, it’s that this prior statement does not intend to portray some scientific analytical shift in this review, merely that all of the beauty of this existence runs parallel to the more lyrical aspects of what a novel about novels such as this portrays. As Italo Calvino’s main character, you travel through a vast array of situations and genres throughout this novel and every page lies ahead of you with the same Schroedinger-like possibility that represents one of the garden paths from Jorge Luis Borge’s 1941 story about a labyrinth that exists in a letter.

The wonderful thing about stories is that they exist much longer than any of us mortals could ever hope to. Stories promise us entire visions of reality and perceptions of greater encompassing challenges which lie beyond our vision, just like the blurred vision beyond our eyesight on a winter’s night. You, dear reader, are the traveller long before you even read this book, and also long after you have read it. Even after the presence of the book perishes in your objective realm, its effects will remain with you throughout your life because of your experience with it. Such is the life of a book and an author alike, for Calvino’s posthumous lineage of influences includes the likes of Umberto Eco, Arthur C. Clarke and many others who have certainly done their part in shaping our perceptions of stories and realities.

Yet now as this reviewer delves into the twelfth paragraph of this review in an attempt to converge all of the ingredients of these forking paths of influences throughout time and space in an attempt to serve some form of homage to this book by Italo Calvino, we come back to his final resting place in the Santa Maria de la Sala. This Italian hospital is located on the Via Francigena, a long pilgrimage road that stretches from Rome, past Siena – where in 1359 the ancient hospital received the relic of the Virgin Mary’s veil – and all the way back to Canterbury in the United Kingdom. It is here, dear reader, that we look in yet another direction simultaneously towards an influence in time and space – Geoffrey Chaucer.

Perhaps no other literature by this Middle English author is as well known as his work which was penned less than thirty years after the Santa Maria de la Sala received the ancient holy relic belonging to the Virgin Mother – his story entitled The Canterbury Tales. A tale itself, which is comprised of characters telling their own tales as part of a story-telling competition during a pilgrimage from London to Canterbury to visit the shrine of Thomas Becket at the Cathedral. This is proof of inception and introspection that has taken some form within our fascination with the narrative in stories such as this, which was published more than half a century before Calvino even came into existence.

If you have read this far, dear reader, then you have witnessed a sincere attempt to encompass the effects of this book rather than a direct recounting of its plot. That’s because the plot of this book is yours to experience on your own, just like any subjective garden path would be. As all of the prior forking paths of influences and references hope to show, there is no clear place to start when describing that in the universe of which words rob us of a true connection – the endless possibilities of that which lies ahead of us.

This reviewer will end off with you, dear reader, by admitting that the very nature of a book review’s purpose is to inform readers as to why they should read a book, but what Italo Calvino’s If On A Winter’s Night A Traveller truly shows us, is the passionate, entertaining and eloquent answer to the much more pertinent and oblique questions such as:

What is the purpose of reading? How do stories change us? Why must stories end?