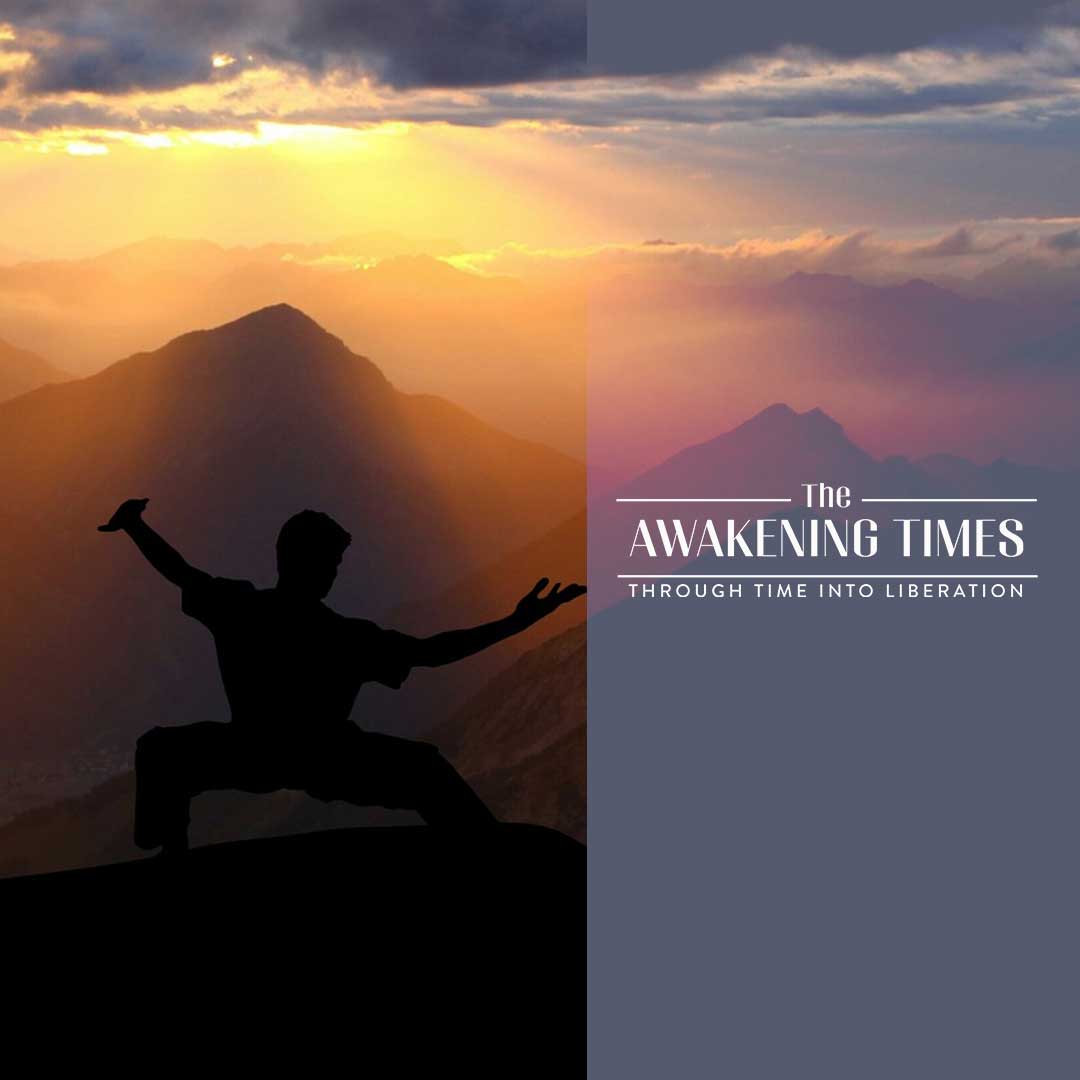 In 2004 I started a private practice. I have been fascinated by wounds since childhood, so this passion is deeply rooted. As a wise man said, “do what you love, and love what you do, and you will never work a day in your life”. Starting a new business is daunting. It requires dedication and patience and involves a lot of self-questioning and doubtful moments. It is slow moving, with ample time to spare. I asked around for an activity to fill up the boring lunchtime, whether it is ballroom dancing, Tai Chi, or Yoga. And the opportunity knocked on my door, through the owner of the building where I was renting the space for my Wound Clinic; he found an ex-monk at the local gym, who was well versed in Chinese martial arts and able to teach Tai Chi.

And so, the journey started, with a group of twelve students that I rounded up, with our newly found Teacher who was speaking Chinese only.

Classes started rolling through demonstration, due to the language barrier: first with steps – forward, backward, and sideways – and then we started learning movements. By this time half of the students had given up. I guess Tai Chi is not for everyone.

This raises the question of what exactly is Tai Chi.

Tai Chi is called “meditation in motion”, and some call it “medication in motion”. In my opinion, Tai Chi is what you want it to be. It is a form of exercise, it is the glue between your mind and body, and it is a powerful martial art. Tai Chi is also known as “shadow boxing”, its martial arts applications are fluid, yet unstoppable when used correctly. This knowledge has been safely guarded, passed down in the family, and accessible at some stage just to the imperial family of China and the direct descendants of the Chen family.

The term “Tai Chi” appeared for the first time more than 3000 years ago, in the I Ching (Book of Changes), during the Zhou Dynasty. In this book, it says that everything in the universe is Tai Chi; more clearly, there are opposites in everything, resulting in change. This concept brings us to the principles of Ying and Yang: opposites, yet balanced, continuous, infinite, and harmonious.

Historically, this art is coming from Chen village (Chenjiagou), which is situated in Wenxian county, northern Henan province, China. Chen Wanting, the village head in the 17th century, combined his kung fu and military skills with archaic Chinese philosophy creating the base of Taijiquan, the official name of Tai Chi.

I started Tai Chi practice in 2005, and it is my “go-to” when in need of balance and when problem-solving is sought. It is my refuge from daily stress and part of my way of life. It has influenced my thinking, my walking, my interaction with fellow humans, and the way I work. It has increased my compassion, and my patience, and considerably decreased my ego.

Can you learn Tai Chi from videos or books? I don’t know; maybe that would work for some. I do read extensively on this theme and take my questions to my revered Teacher, who is painstakingly guiding me. Tai Chi is deeply rooted in philosophy, and I don’t think that I could have taken this journey on my own, to have tackled the maze of knowledge single-handedly. There is so much controversy in the teaching of it that confusion will prevail soon without guidance: “relax, but be strong”, “be sleepy, yet focused”, and “be alert and nimble, while soft”.  Yes, it all boils down to Yin and Yang, but can you change one into the other at will, without being shown how?

According to the Masters of this art, there are keys to unlocking the circle of Yin and Yang: intention, attention, sensitivity, relaxation, and awareness. It seems that one leads to another, creating an infinite circle.

Tai Chi can be practiced by anyone – young or old, fit or unfit, able or not so able. It just requires the will to start. The health benefits are infinite, both physical and psychological, as shown by numerous studies completed at reputable universities worldwide. Interesting to know is that this simple, low-impact exercise proved to lower blood glucose in the diabetic population, relieve arthritic pain and improve the quality of life. Discipline and perseverance in practice will show results in as little as 12 weeks.

Tai Chi plays a significant part in my existence. I continue to learn, and I also teach, both in person and online. It is a journey that gives me the energy to face daily life and teaches me to enjoy the string of moments along my travels.

To make Tai Chi a part of your life, try to find a reputable teacher, take some classes and start feeling that energy building inside of you. That will guide you to be a better, new person, painting your life in vivid colors and helping you find and know yourself.

The ancient Greek philosopher, Pythagoras, said “know thyself, then thou shall know the Universe and God”. Sun Tzu, the ancient Chinese military general, philosopher, and author of The Art of War, proclaimed “Know thyself, know thy enemy. A thousand battles, a thousand victories”.