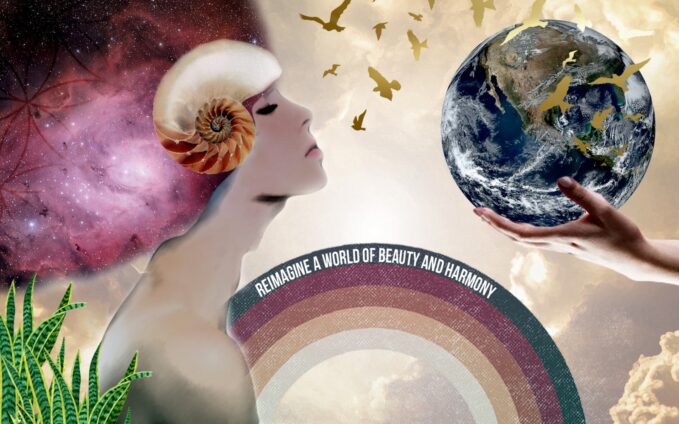 FROM THE PRESIDENT of WCA: Andra Baylus 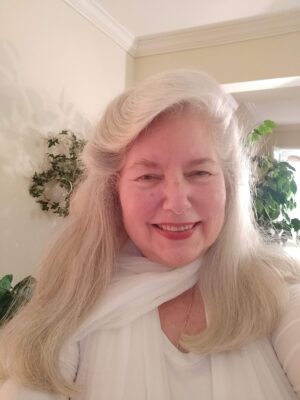 OUR REASON FOR BEING

Why the World Consciousness Alliance (WCA)? Why now? What has been happening over the last few years to invite the founding of the WCA?  Well, to be sure, humanity is suffering around the globe along with Mother Earth and all of her species. Many species are already becoming extinct due to humankind’s ignorance of the dependence of all lifeforms upon one another in what is referred to as the “web of life”, which connects us all. Harming one expression of life affects other lifeforms as well. Ignorance of the consequences of our greed and selfishness on both the micro ( individually ) and macro-level ( globally) has exacerbated the calamities that have befallen our Earthly existence. Whether it be a conflict of war between nations or environmental disasters, we are all being adversely affected by a miopic self-centered view of how we treat one another and the world we live in. This concern of self holds us back from our true potential as enlightened beings who are capable of embodying the highest of human virtues.

2020 has brought with it a global pandemic giving us the message, loud and clear, that it is time for a major reset to: reflect, rethink, refine our existence or Earth, as we know it, will no longer be sustainable. Interestingly, the demands put upon us due to the global pandemic to be isolated from one another and from the outside world have actually mirrored for us how Mother Earth and her species can flourish once again … without human intervention.

THE FOUNDING OF WCA

In 2018, Mohanji, a great humanitarian and philanthropist saw, in a manner of speaking, the “writing on the wall” with the upheavals worldwide: socially, politically, economically and environmentally of the disastrous path humanity has been on the last part of the 19th century and onwards.  He astutely observed that these disturbing disruptions were symptomatic of a pervasive negative paradigm hovering over the world.

Miraculously, inspiration came and Mohanji envisioned that an organization of like-minded people from all walks of life, cultures,and religions working together, using the medium of the performing and visual arts and other diverse platforms, could actually inspire the highest in human refinement and, consequently, benevolent actions would naturally follow raising the frequency of the Earth. Thus, the following mission statement for the WCA was created:

WORLD CONSCIOUSNESS ALLIANCE (WCA), is a global initiative that brings together people from all walks of life, cultures and religions inspired to use the medium of the performing and visual arts and other diverse platforms to raise awareness of responsible stewardship of the Earth and all life forms; and to encourage the expression of our gifts, skills and talents to promote the cause of benevolent actions, selflessness and non-violence in thoughts, words and deeds, thus forging a more conscious, compassionate and harmonious humanity.

Thus inspired, Mohanji set into motion what would propel a shift in consciousness which would result in a positive paradigm bringing about a New Humanity imbued with compassion, kindness, generosity, and unconditional love with a desire to add value to the world. On November 11, 2018, in Johannesburg, South Africa, at precisely 11AM, Mohanji signed the charter founding the World Consciousness Alliance ( WCA ). This was the exact time of the signing of the Armistice Agreement between Germany and the Allies at Compiegne, France, which brought an end to World War I (November 11, 1918 ) Mohanji knew that this auspicious date of 11-11-11 held within it a transformational power that would give impetus to the great mission of the WCA.

Mohanji said the following about the importance of WCA:

“The World Consciousness Alliance ( WCA ) is a very high and noble instrument of service to Earth. There is a whole vibratory shift happening now in our world and beyond. The next four years til 2022 are critical. The WCA has a major role in this shift.”

Imagine A FESTIVAL OF THE ARTS FOR PEACE

Mohanji’s vision for the WCA to make the greatest impact was working through the medium of music to raise awareness. Our first event then, was suitably named, “Imagine a Festival of the Arts for Peace” , held in the heart of Washington, DC. to encourage people to add value to the world with their gifts, skills and talents and be inspired to plan an even larger music festival.  The program included a professional actor who played the part of a misanthrope frustrated about the world situation whose character gradually transformed into a motivational speaker encouraging others to use their own gifts and talents to uplift humanity. In addition, there were performances by an accomplished soloist, a poet, a gifted rap artist, who, incidentally, I was fortunate enough to meet on a Lyft ride into DC., and a choir who sang, “I Believe in the Humanity of Humanity''. The program was positively received by the audience and a follow-up group of enthusiastic people met a week later to consider the possibility of planning an even larger Festival of the Arts for Peace. We had to postpone the event from its original date til November 10th, 2019. Ironically, unbeknownst to us at that time, it was exactly the one year anniversary from WCA’s founding in South Africa on November 11, 2018. You see, SA is 6 hours ahead and it was already November 11th when we were holding the event in DC!  What a surprise anniversary gift from the Masters!

A RENAISSANCE OF HUMANITY BEGINS

Surely, the shift everyone has been speaking about implies a shift in consciousness. The question for the WCA, then, was how can we help usher in this new awakening of our potential as human beings to reach the highest in human refinement, to become humanity who embodies the values that can enhance the existence of all species upon this planet?  In addition to music festivals being a vehicle to gain the attention of the public, notable people sharing their perceptions of the world and how it can be changed for the better was also worthy of a platform in its own right. So, “The RENAISSANCE OF HUMANITY: Conversations for Change” was born!

As a catalyst for raising consciousness, WCA is producing an on-line series entitled, “The Renaissance of Humanity: Conversations For Change” engaging people from different sectors of society who are rooted in compassion and have the power and energy to transform the world as models of enlightenment. We will hear their stories of success and how they use their respective professions and elevated consciousness to become change agents who are influencing the next generation to be more mindful and proactive in their responsibility to use their gifts, skills and talents to make this a better world.

This became a platform that was established with the supposition that people will listen to notable people express their views. Understanding this, we posed questions that required introspection on the part of our guests. With Mohanji’s guidance, questions like: What is your understanding of compassion?  How can humans make a difference in the world during their lifetime on Earth?  Being an influencer, how can you be a change agent to make this a better world? ….and more.

We yearn for a better world with a more cohesive humanity united in our understanding that we are one human family peacefully coexisting for the benefit of all, who vigilantly work to protect Mother Earth and all of her species to flourish.

To this end, the World Consciousness Alliance ( WCA) is an organization whose time has come to serve as a vehicle of transformation to enhance our lives and that of all species on the planet. The WCA aspires to raise the consciousness of our responsibility to rise above the differences and distinctions that apparently divide us to treasure one another and Mother Earth, who so graciously provides for our continual sustenance.

Mohanji reimagined a world where unconditional love abounds and compassion for all species of life would inform all of our actions; a world where ahimsa, non-violence in thought, word and deed, would be humanity’s over-arching guiding principle imbued in our daily existence. See the beautiful lyric Mohanji wrote for our WCA Anthem REIMAGINE

JOIN THE MOVEMENT WITH US!

The WCA needs people who believe that a New Humanity is possible, a humanity filled with a compassionate heart and deep desire to make this a better world with the precious life we have been given, a humanity willing to use their gifts, skills and talents to add value to the world. We are reminded by Mohanji that:

“This is not just an activity. It is the highest possible thing any human can do in his existence. In that way, your own awareness will peak to the highest possibility. WCA is completely incomparable to anything that has been done so far. There is no time to waste. You have to move forward with conviction, and rapidly.”

If you feel part of this New Humanity, we invite you to “move forward” with us.

Join the WCA Family! We would love to hear from you!

Collage art made by: Petra Franov

Dec 25, 2020Editorial Team
Mohanji: From Mankind to A Kind ManThe December issue of the Awakening Times is Out!