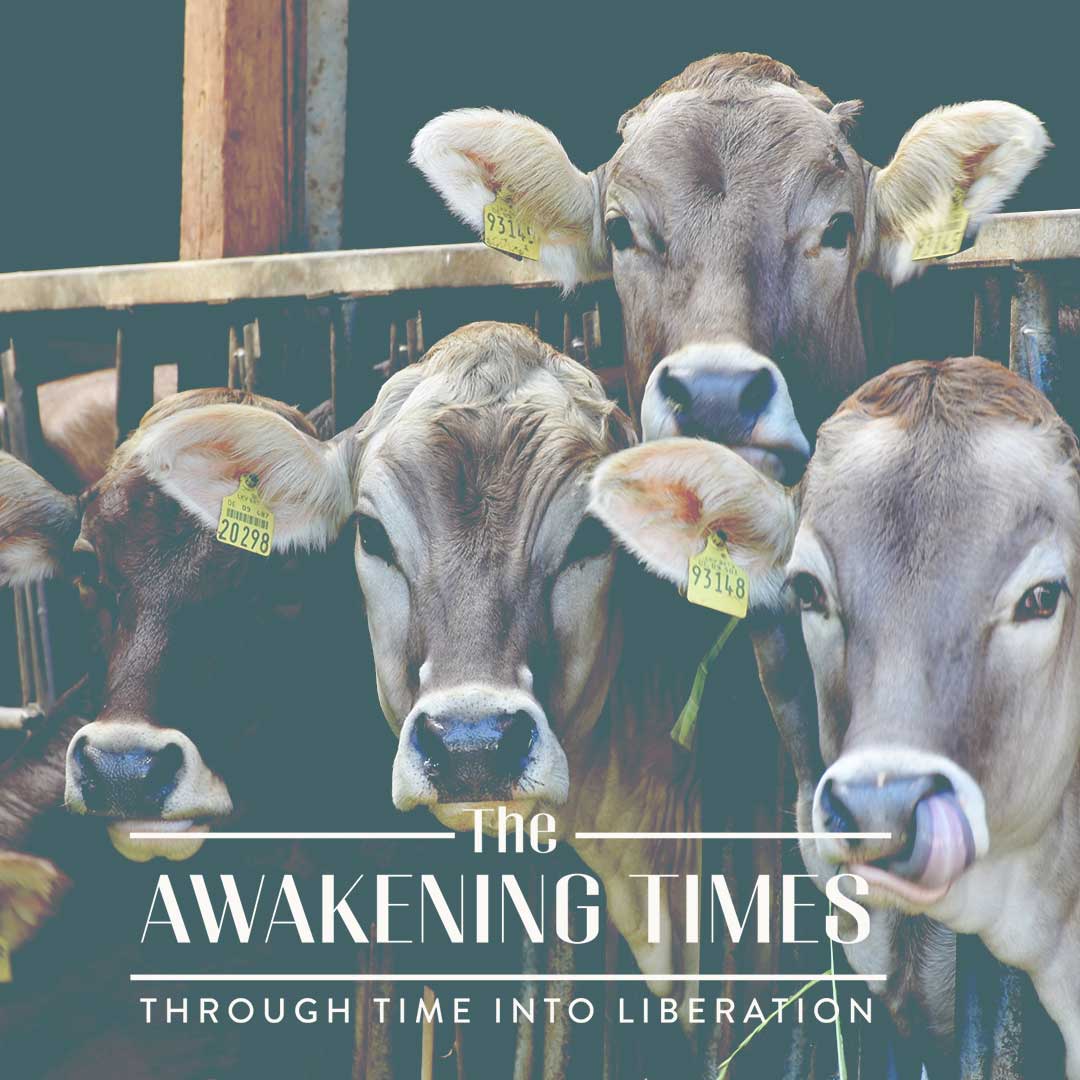 A while ago, I found myself talking with a young farmer about her finances and the way she raises her animals. Along with her parents and sister, she breeds cows, pigs, and chickens in a small Swiss valley where around 100 people live. She proudly explained that her cows do not get the horns burnt away (a common and painful practice used in cattle farming to protect cows from hurting themselves in the tiny stalls they are kept in). She lets the animals go outside their stalls during winter. The calves spend a few weeks of their lives with their mother, before getting killed for meat (instead of separating them at birth as is standard in intensive farming). She even proudly uses only homoeopathic medicine (though I’m not sure if it is for the taste of the meat or for the animals’ well-being), and she gives a name to all of her animals.

To give you a better idea, imagine an advertisement for a milk company which portrays cows happily frolicking in the Swiss Alps with Heidi. Depending on your perception, this would sound like the perfect and most humane way to raise animals for slaughter and milking. However, let’s consider this: even though she treats the animals almost as if they were part of her family, she still impregnates the cow against her will, kills the newborn child for meat and takes the cow’s milk for profit. My questions to her were: “Would you do that to a human member of your family? Would you do that to your future child or to yourself? Would you do it to a cat or a dog?” She replied that she would not.

Now I ask the reader: Would you do it? If your answer is, “No”, then why would you do it to only some animals and not to others? Why are you paying somebody to do it for you? She does it so that she can earn some money. It is her way of living. She earns money because you buy her product, and for this reason, she continues this painful cycle. She will never become rich enough to change her way of life. She will always wake up at 4am, clean cow dung and sleep late at night after cleansing herself of the blood of her cow’s genitalia. Additionally, she will always need a tremendous amount of government subsidies and in debt herself to banks to keep her operation going. The competition and costs to run her business are incredibly high; consumers demand low prices and machinery is costly. She is indebted and dependent on the government. Would you define her as a free person?

Legally speaking, in 1981, the last remaining country allowing slavery banned it. For hundreds of years, humans in many countries and continents used to own other humans as property because they believed they were superior, more civilized, advanced, or intelligent than their slaves. It was common practice, and few humans questioned it until it  came to the abolition movement, thanks to revolutionaries that propelled an evolution in human consciousness, leading to the creation of laws and institutions to ban such practices. Slaves, other humans, had no rights; they were treated as property, sold, bought, mutilated, exploited, killed, just as humans in present times treat other species. Animals of all species that are not considered human, have been going through the same terrible treatment for millennia.

Although human slavery is now illegal, billions of animals are still suffering the same cruelty. Why do we still treat animals as if they are property? Eating animals is unnecessary for humans to thrive. Red meat is proven to give you cancer. We don’t need any animal products to live a healthy life. Animal farming is one of the leading causes of deforestation, ocean dead zones, and methane and CO2 emissions. It is one of the major contributors to climate change. Consuming animal products damages your health, and the planet’s health, and leads to the slaughter of billions of innocent animals every year. Why do we still eat animal products?

1 thought on “Animal Husbandry, is it Worth it?”