What are the Stages of Enlightenment and What are They Like?

This  is not enlightenment, though many think it is. It is just a total reorientation of values and perspectives away from illusion. You now navigate towards the Absolute, rather than just being totally identified with the ego-mind-heart complex that is not you, but that you hitherto thought was you. You realize you are not the personhood, but that the personhood is something transient like the body, and that you essentially are nothing. There is a certain liberation in this, and many delude themselves this is enlightenment, but it is very far from enlightenment.

People at this stage intuit the Absolute and understand that since they are not something, they must be nothing, and just as they are nothing, everything else must be nothing, and they call this insight non-duality. However, even though what they say sounds like Unity Consciousness, it is not. It is very easy to speak non-duality-talk; any idiot can do it and many do. At this stage, you have fully realized you are not anything of the relative, but you have not, I repeat: you have not merged into the ultimate Void. You have realized you are not something, hence you must be nothing, but you have not merged into full realization of that nothingness.

After Awakening and with diligent meditation, you may begin to get short bursts of oneness with the Self. With practice they become longer and longer. This direct experience of the Self of course changes one’s consciousness into another level, which can be called Transcendental Consciousness since one has become aware of the Self (which at this point is experienced as being transcendental).

As Transcendental Consciousness becomes habitual, you become established in the second most subtle state of ignorance: the I AM. This is still not enlightenment. Most people delude themselves at this point that they have become enlightened; that their personhood somehow has expanded or evolved to a higher state of being. Oh, so wrong! They think: “I am enlightened!” It is total nonsense and such grandiose narcissistic notions should be given up as soon as possible.

After giving up I AM you have to surrender the basic “I-ness” or “Individuation Principle” that comes prior to I AM and is the first point of ignorance. This point can rightly be called “bindu”, since it is like an infinitely small dot. Once you dissolve this back into void, you become Self-realized. 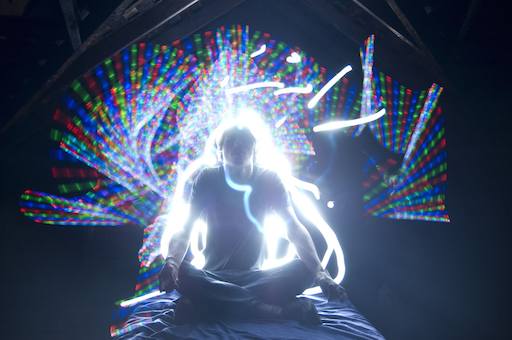 With diligent meditation after I AM, you may eventually merge into an oneness with the Self that is so complete, that there is no returning back. This no returning back comes from the basic I-ness, or Individuation Principle, “bindu”, being utterly reabsorbed into the Self. Thus, ignorance is utterly destroyed and you are a Jivan Mukta. A liberated soul. This is the first level of enlightenment. It is not bliss. Bliss comes later. In fact, in its purity, this state is just void.

In Self-realization you are Shiva (as Pure Being) and this realization is irreversible and persistent throughout the other stages of enlightenment.

Having realized Shiva within, you now have to realize not only Shiva without, but also Shakti within and without. In other words, to progress further you have to awaken kundalini.

In this phase, you are somewhat mad. You are so madly in love with God, you cry for years (not constantly of course) and still your tears do not run dry. You begin to sense Mother Shakti in everything and perceive this as sensing God (in whatever form you like) in everything. It is an extremely blissful phase that may last several years in which you find God permeates everything, including you and your body. Every cell of the body vibrates with bliss (lovebliss). God Consciousness is not a stable state in itself, as Self-realization and Unity Consciousness are. Those two come with irreversible shifts in consciousness. God Consciousness is more a bridge between the two.

As time goes and you merge more and more with the bliss, Shakti begins to long for Shiva, so to speak. The next phase is a fusion of Shakti and Shiva. The bliss then diminishes and you may wonder if you have lost everything you had hitherto reached spiritually, but you have not, you are just moving beyond. However, many remarkable saints keep this bliss and let it grow more and more, they are usually avatars, but that was not the case for me. My lot was to lose it and suffer, and in that suffering, die unto everything but Shiva-Shakti. Interestingly, Shiva-Shakti is love-bliss, so the Self, “I”, was/is love-bliss, yet the body-mind, the ego-I, suffered. Inwards there was bliss, but outwards suffering. How paradoxical! Everyone has his own way in this respect. People only saw my suffering and rejected my roaring unity with Shiva-Shakti. 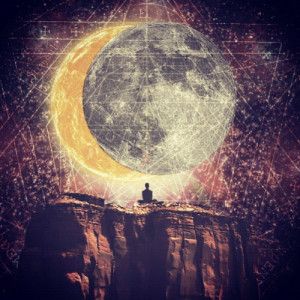 Eventually the silvery kundalinī “snake” leaves its resting place just above the perineum, enters the spine, moves up inside the spine and dissolves into blazing white light filling the spine, and finally merges back into the void (Shiva) in the brain. It is beyond outrageously blissful. Way beyond the bliss of God Consciousness. Which in itself is way beyond the bliss ordinary people experience in moments of rapture or sex.

Eventually, as Shakti merges back into Shiva, you realize you are Shiva-Shakti and that everything is Shiva-Shakti. You perceive this unity in you and in everything around you. This is Unity Consciousness. You see the Self in everything.
When kundalinī completely merges with Shiva in the brain, the crown chakra opens completely. The crown chakra is then a ball of energy: a full sphere. Before that, it opens as a hemisphere covering the scull. Before that, it opens as a more or less five centimeter large disk or hole at the top of the scull.

Many people feel “oneness with everything”, especially nature, and think this is Unity Consciousness. It is not. It is just a mood of belonging to a holographically conceived universe and it totally belongs to the mind. Delving in such is a complete waste of time. No ego can ever enter oneness with anything; it is just another example of narcissistic grandiosity to have such notions about oneself.

Unity Consciousness goes up and down in clarity. Sometimes you do not sense the Self in everything, yet you are of course completely aware of this oneness with nothing and of lovebliss inside (oneness is not the right word, because it implies multiplicity fused into one. Such multiplicity is false, but language presses us to express ourselves in terms of multiplicity). At other times, you are totally one with everything (again “everything” is a term borrowed from the multiplicity-paradigm. There is no “everything” since it is all You! Yet there is no You anymore and only Shiva-Shakti, or IT), and sense everything is lovebliss/the Self. These are extremes, of course; usually you have some medium state going up and down in clarity.

If the above states are rare, this is extremely rare. It can only be reached through Siddha Yoga, which means the Yoga of Shaktipāt. In this yoga, which is also known as Kundalinī Maha Yoga, you get visions of what we call pearls: small luminous dots appearing in your field of vision whether your eyes are closed or open or whether you are meditating or not. In the beginning, they come in meditation, but later also when out of meditation. There is a white, a black, a red and a blue pearl. The Blue Pearl is the highest and seeing it is actually a blessing in itself, even though you may feel no different from it. If you are fortunate enough to enter the Blue Pearl, you enter an infinite cyan-blue space, or infinite void of supreme cyan-blue lovebliss. It fills the entire universe, yet the entire universe is contained in that small pearl. If you have this supreme experience, or reach this state (language fails: you ARE THIS), which is the most supreme any yogi can have, then you by definition become a Siddha: A perfected being. The term “Siddha” refers to a person who has been in (merged with) this Blue Infinity, at least temporarily.

Other systems and schools use the word “Siddha” differently, so don’t think that just because someone calls himself or herself a Siddha, it means they have had this “experience”. Usually it just means they are students of a so-called “Siddha lineage” and may or may not have become enlightened in that lineage.

Meeting the Blue Being

Once inside the Blue Pearl and immersed in (merged with) the Blue Infinite Void, you may get the darshan (graceful meeting with) of Lord Shiva. He may appear as Krishna, or whom so-ever you are devoted to, or whom so-ever He chooses. All gods like Rama and Krishna and so on are avatars of this one Blue Being, who is the one God taking a personal form for the sake of His devotee. If you get His darshan, or better: if He makes you One with Him for a few moments, your full enlightenment is guaranteed and you will reach Shiva Consciousness eventually. If not in this life, then when you leave the body at death. Alternatively, if you have some unfinished business, in the next life. 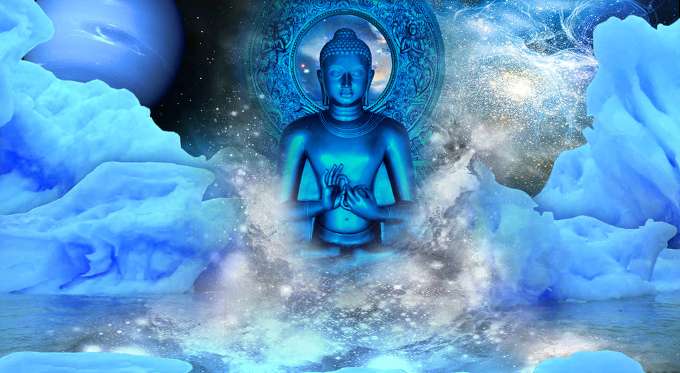 Kundalini Maha Yoga ~ Unfolding of ShaktiA Day in the Life of Mohanji
Comments: 3