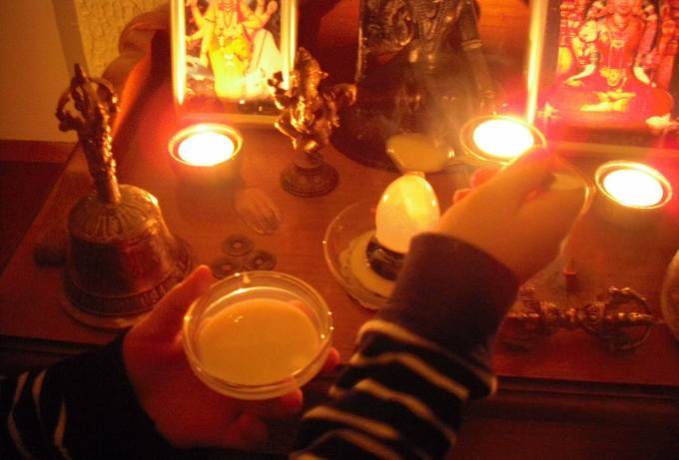 My name is Bhasurananda Natha. I started my spiritual practices at age 16 and have been a Tantra practitioner for the last 36 years. By way of introducing the subject, let me say that "Tantra" is a very general term, and that in Shakta (Goddess-focused) Tantra alone there are many distinct subsects, some of them largely unknown except by their own initiates.

This presentation reflects my own initiatory lineage: I am a Kaula and a Vammachaari [follower of the left-hand path]. In the Kaula tradition of Sri Vidya, initiation by a guru is the very core, because the Guru passes on the powers and traditions to the shishya at the moment she/he places his foot on the Shishya’s head. They then remain dormant; and as you practice sincerely and properly, the knowledge opens up like a flower and you have the whole knowledge of the lineage (the parampara) to be taken and used. It just flows out like a stream.

Tantra in the Context of Hinduism

Tantra is a subject that evokes awe, confusion and at times opposition and distaste in the uninitiated. It is a branch of human endeavor that has its beginnings in the dim past. The methods it employs have many things in common with other similar practices in many other ancient cultures. Today, however, the Tantric system alone maintains a complete, unbroken initiatory system that is even now being practiced by many persons in India.

But for a practitioner, it is unnecessary to gauge the antiquity of the system. The very basis of the practice is unsullied belief. That is why Parasurama says “Vishwaasabhooyishtam Pramaanyam” – “The belief is the authority”. A practitioner should, first and foremost, practice the system and reap its benefits. And so I do not propose to go into the history of Tantra except very briefly. Those who want to know full details, I would refer them to the various books on the subject that elaborate on specific areas of practice.

The basic concept of Tantra is attributed to Parasurama, the 6th Incarnation of Vishnu. His work Parasurama Kalpasoothra (The Aphorisms of Parasurama), is the basic Bible of Tantrics. At one time Kerala was the home of a school of Tantra called the "Kerala School". But with the advent of 17th Century, Western morality and the Western concept that "all things Eastern are bad" came in, and the systems lost their popularity. But they were not lost fully. Even now there are practitioners, who are mistakenly looked upon with awe and unnecessary fear.

There are Shakta, Shaiva, Vaishnava, Ganapathya and Saura Tantras to name just a few schools. In every school, the main Deity is treated as supreme and all other deities as lower. This is so as to instill complete devotion in the practitioner in the initial stages. Thereafter as one progresses the Sadhaka realizes that “All is one” and still later that “Thou art That”. If you have full grace of the Guru, this realisation comes fast.

In Shakta tradition, there are ten great Devatha or, as stated in Sanskrit "Dasa MahaaVidyaas" [i.e., "Ten Mahavidyas"]. Practicing the rituals associated with some of them is really difficult. By and large the most popular are practices associated with Lalitha, who is also called the Sree Lalitaa Mahaa Thripura Sundari.

There are various systems in Indian spiritual practices that have granted benefits to practitioners. They can easily be categorized broadly as:

Now, because of the passage of time, there has been a blurring of the lines of distinction between Vaidic and Tantric practices. Vaidic practices have indeed taken some parts from Tantra and vice versa. But I personally feel that keeping the two streams separate is a great necessity to gain maximum advantage. 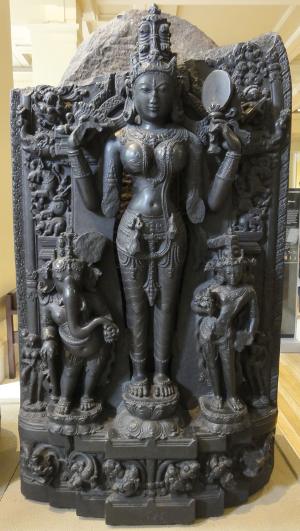 Parvati as four-armed Lalita with her sons Ganesha and Skanda, Odisha, India. 11th century sculpture from the British Museum.

Tantra has always been a secret path. At all times there have been opponents. That is why we are taught never to give away our mantra: It is a specific injunction that a person shall not be initiated into Tantra without specific testing as to suitableness. Vaidikas - the followers of Veda - on many occasions derided the Tantra path. But there are also references in Puranas extolling the virtues of Tantra.

People in the West have not seen or been made familiar with all the Tantric practices -- even by those who have opened parts of it to the West. Thus, the West has been mistakenly led to believe that Tantra is nothing but "glorified sex". This misperception has led many astray, and has kept many really deserving persons away from the practices. It has also brought many sexually unsatisfied persons to what they think is “Tantra”. It has helped many people to cash in on the “fad” and the “need”.

But let me clarify once and for all that TANTRA IS NOT ALL ABOUT SEX.

Real sexual practices may play some role in the first stages -- and at certain much, much higher stages -- but it is not the be-all and end-all of Tantra. Because, you must understand, sex in Tantra simply plays the same role as in ordinary life. We have sex in our life but sex is not what we live for. It has its role in the psychological and procreative spheres. In the same way, sex has some role in Tantra. But it is not an essential thing.

In Tantra there are three sub-divisions:

1.The Dakshinachra. The Right-Hand Path, which is closely linked to Vaidic practices;

2.The Vamachara. The Left-Hand Path, which partakes all that is good from all systems and is essentially Kundalini Yoga. Here, all differentiation between good and evil are destroyed. It is also called the Kaula Path. This is my path.

3.The Samayachara. This is a purely mental process.

The Vamachara system has gained great notoriety because of its use of various items like Meat, Alcohol and sex in the practices. Actually, this is a misplaced notoriety. These items are only given the same amount of usage they receive in ordinary life!! If anybody uses these items in excess in ordinary life, it is not a good thing. And the same principle applies to Tantra as well. Furthermore, the interpreters have indicated time and again that these can be replaced with symbolic items. The greatest danger of the path is that powers come to you easily and fast along this path; but any misuse leads to eternal damnation.

The first and last systems have no physically sexual content. The system that is chosen by a practitioner will depend on his or her mental attitudes and spiritual development as assessed by the teacher. But before starting the practices, a student must assess his or her own fitness for the system. He/She must ask:

The greatest beauty of Tantra is that once the student becomes a full-fledged practitioner, s/he will no longer be governed by the normal rules of Karma. Outwardly s/he will be leading a normal existence -- but inwardly s/he will be leading a very balanced life, so that all actions are properly identified. Hence s/he will not be bound by the Karmic link and s/he will always be free from the Karma of all her/his actions, because s/he has the right attitude. The Karmic bond is snapped once and for all once the student becomes a real Tantric. S/he is no longer bound by the mundane differentiations of GOOD and BAD. The dualities in life cease to have any role!! 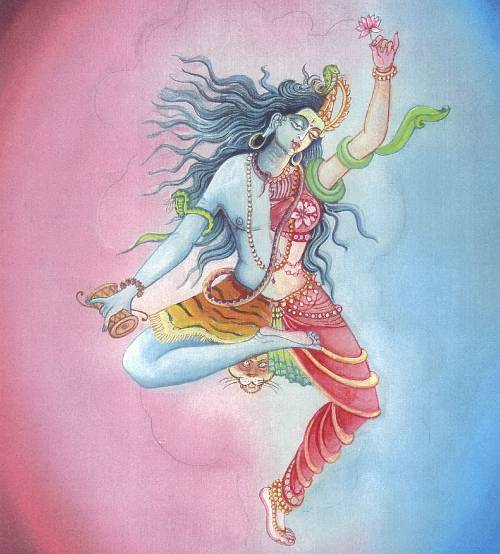 It is said in Tantra that for a person to be initiated properly into Tantra one must verily be SHIVA himself, or that it must be his last incarnation on earth. What usually happens is that sometimes persons who are not fully evolved also get initiated because of some past good fortune. They will keep on doing the practices without any substantial benefits. But suddenly, at some stage, the realisation dawns on them out in a further life -- and they get a full-fledged initiation and realise the ultimate truth.
For a Tantric practitioner, every day is a new birth, bereft of the Karma of the past day. He will have no baggage to carry around! But there are certain injunctions that must be remembered always:

* Do not let a non-initiate know you are a Tantric Practitioner, as there is a chance of derision, and this will affect the aural body of the practitioner. (This injunction has little force now however as the practices are now coming out of the secret places where they used to be practiced.)

* Never misuse the powers that you MAY gain for harming others, because with that all effects of the practice will cease. (Some people think that because they destroy the karmic bonds, they can do ANYTHING bad. This is wrong and will be visited with grave consequences.)

* The basic position is that we must realise that WE ARE GOD and all GOD's powers are available to us. The only difficulty is that we do not recognise that; and once we do that, then WE ARE GOD.

* One must always strive to find the Guru -- and when you find him/her, you will have completed 90 percent of the Journey. Lalitha Parameswari is the Goal at the end of the Journey.

Mar 14, 2017Editorial Team
The Tibetan Book of the DeadSoftener of Evil Hearts ~ An Icon for Our Enemies