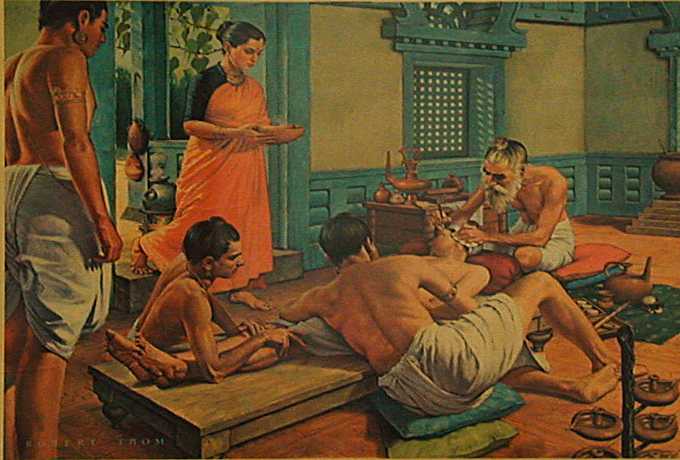 Charak has been cited as India’s most outstanding medical practitioner. “Char” means to move about. Therefore it appears that Charak was a wandering teacher who practiced and propagated his knowledge by constantly travelling from village to village to relieve human suffering.

Four thousand years ago the rishi Agnivesh compiled an Ayurvedic treatise called the Agnivesha Samhita. Around 800 BCE Charak redid this Samhita which became renowned as the Charak Samhita. Its fame spread beyond the borders of Bharatavarsha. By 987 CE it had been translated into Persian and then to Arabic. Al Beruni, the noted Arabic physician confessed that his chief source of medicines was this Arabic edition. The famous Arab physician Serapion often referred to Charak as Sharak Indianus in his medical treatise.

The Charak Samhita consists of 120 chapters in eight sections. His work has deeply impressed many modern physicians. Dr. George Clarke of Philadelphia observes, “If modern physicians stopped the use of modern drugs and chemicals and treated their patients according to the methods of Charak, there would be less work for the undertakers and fewer chronic invalids in the world!”

The human body is composed of the panchamahabhutas or the primary five elements – earth, water, light, air and space. The body’s constitution is based on the three doshas or humours known as vata, pitta and kapha which refer to the quantity and quality of air, bile and phlegm which is present in the system. When their equilibrium is disturbed, disease sets in. Two thousand years before Harvey, the concept of blood circulation was well known in Ayurveda. Charak described the heart as the controlling organ of blood circulation. He said that the body is composed of dhamanis – big and small vessels which supply nutrition to the tissues and remove waste products from them.

He refuted the theory that germs were the only cause of disease. Different types of germs may flourish in the body only if favourable conditions prevail. He attached great importance to the digestive fire or jadaragni within us to maintain vitality, energy and ojas. He clearly described the digestive process and its end products which are remarkably similar to those discovered by western science now. He said that when the digestive fire was either increased or decreased, disorders would result. 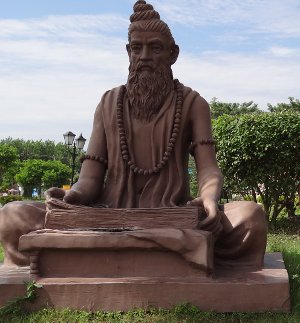 His treatment consisted of a system of Mahakashayas each having ten herbal preparations for various diseases. The Pancha Karma treatment which has become so popular now was given to rejuvenate and cleanse the body. Charak treated the patient as a whole rather than just a specific disease. In addition to medications, he stressed the importance of diet, daily activity, and seasonal activity in the long term health of an individual. He laid emphasis on prevention rather than cure. This was Ayurveda’s unique approach to the understanding and treatment of diseases which Charak followed faithfully.

He discussed the nature of epidemics which can totally destroy a locality. He listed four contributing factors such as polluted air, water, place and time. He also said that the root cause of epidemics was mankind’s unrighteous behaviour (adharmic) acts. He was well aware of water-borne diseases and advocated drinking only boiled water during the rainy season. He gives a fascinating account of visible “krimis” or parasites and microscopic “krimis” in the blood. In the absence of microscopes, his account of microbes will confound modern microbiologists.

He said, “These (microbes) are very minute and can be observed with a yantra (instrument)”. We are left to wonder if he foresaw the discovery of the microscope! He was the first to identify and name such microbes. He even typified their symptoms, itching, needle-like piercing, pain and a current-like effect. Such accuracy without a microscope is only possible for a Brahmanishta rishi or one in a state of cosmic consciousness. This would enable him to observe the minutest functions of the body right down to the cellular level.

Inoculation against small pox is something which was only practiced in the 19th century in Europe, but we find that during Charak’s time this was already in vogue. This was done by making four scratches on the forearm of the person with a special instrument and introducing the pus from a small pox spore into the scratches. This was then bandaged and left for a few days. Every morning and evening four pots of cold water were poured on the person’s head to keep the fever down. This treatment was most successful and during small pox epidemics, in which normally forty out of a hundred died, the number was reduced to two out of a hundred.

Charak also showed how to plan, construct and equip hospitals including mental and obstetric hospitals. He gave minute details on accommodation, bathrooms, toilets, disinfection, medicines, equipment and security. He even considered kitchens which had to be warmed in winter. His hospitals included a section where healthy people could undergo rejuvenation therapy such as Pancha Karma thrice a year.

Charak laid great emphasis on the physician’s integrity and control of the senses, including observance of brahmacharya (celibacy). According to him medical practice was not for the fulfilment of any desire or gain but solely for the sake of removing suffering from humanity. “A physician who fails to enter the inner body of the patient with the lamp of knowledge and understanding can never treat him. Above all the doctor should be compassionate”. 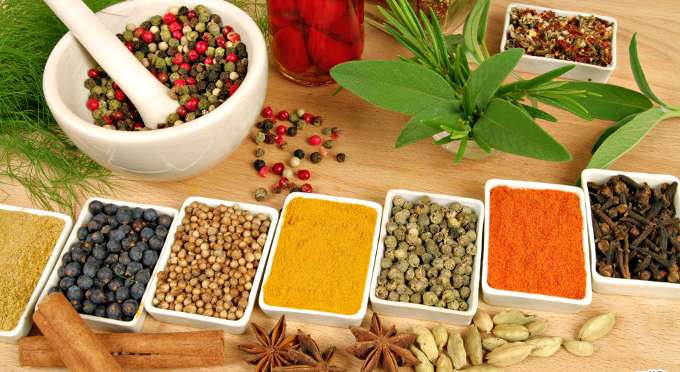 His excellence can be attributed mainly to his personal sadhana (spiritual discipline) which no doubt endowed him with many siddhis (miraculous powers).This gave him the phenomenal ability to document the medicinal qualities of thousands of plants and minerals during his lifetime without experimentation. It is said that due to his sadhana he was able to converse with plants as he walked through the forests. The plants would let him know their medicinal properties which he would tell his pupils who were following behind him, who in turn noted them down.

“God pierced the seven openings in the head. He made these ears, these nostrils, eyes and mouth through whose surpassing might in various forms bipeds and quadrupeds can complete their journey of life.” (Atharva 10.2.6)

“Just as light hangs between earth and firmament, so does Munja (a healing medicinal herb) cure fever and dysentery.” (Atharva 1.2.4)

“O patient suffering from urinary disease, just as the water of the flooded ocean rises and flows into streams so have I unclosed the orifice of thy bladder so that your urine can come out unchecked.” (Atharva 1.3.8)

“These veins serviceable like maidens, which run their course clothed in blood must now stand quiet like sisters who are brotherless and bereft of power.” (Atharva 1.17.1)

“O patient we control your jaundice with the seeds of Shuka trees and other strong healing medicines.” (Atharva 1.22.4)

“O woman from thee we banish and expel the cause of sterility. We lay this apart and far removed to another place.” (Atharva 3.23.1)

“The herb named Rohini is the healer of broken bones. Arundhati is the wound healing herb. Heal thou this wound.”(Atharva 4.12.1)

“If some flesh consuming germ, entering my raw, cooked, half cooked, or thoroughly cooked food hath injured me, let the germs with their wives and offspring be destroyed so that I may be free from disease.” (Atharva 5.29.6.) 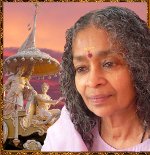