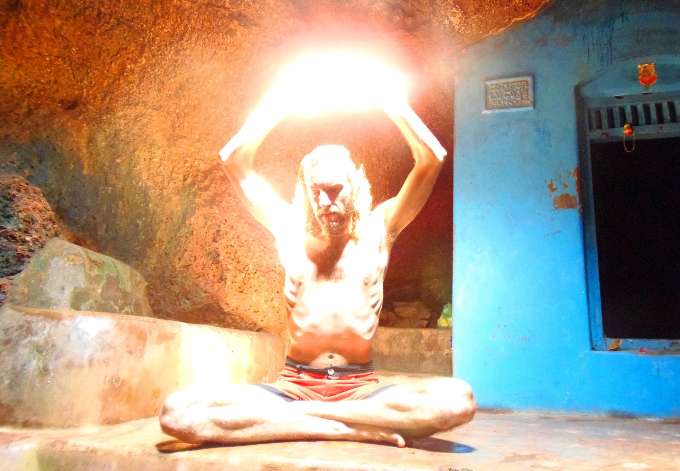 Prior to my kundalini awakening I had no knowledge of what kundalini energy was. Like a bolt out of the blue, one unsuspecting evening, I was taken by complete surprise by this life changing phenomenon. My story is testimony to the fact that whilst walking the path of spiritual evolution, there is a time, place and natural order for everything…

It was the end of the summer about seven years ago. I’d already spent a few years following the guidance of my soul, shedding layer upon layer of the sludge that seems to build up around all souls over time. I had a growing sense of the colossal shifts bubbling under the surface. Life was relatively miraculous and joyful. The outer world largely reflected the peace I felt within – a direct result of only making those choices aligned with my soul. Any feelings of being out of kilter always subsided quickly by honouring my higher truth.

Late one evening, I felt undeniably moved to lay upon a green and lilac blanket in the middle of the living room floor. I relaxed, closed my eyes and felt the awesome stillness of the moment. Nothing more. Meditation was new to me. Neither seeking nor efforting, my only agenda was to surrender to the experience and trust the evolutionary journey.

As I let go, I was over come by a deep sense of peace. All thoughts faded into the realms of silence, whilst the universe fell away from beneath me. I was on the edge of the void with a soulful longing to reunite with the depths of beingness.

A feeling so profound came over me that words could only ever offer a signpost hinting at it’s fullness. I was embodied of the space between the spaces – an experience of non-identified pure presence. In retrospect, I am quite thankful that I was unable to engage in thought at the time – perhaps my brain would have fried to a crisp!

A bolt of lightning 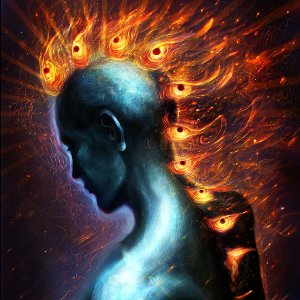 Out of nowhere a megalithic wave of energy surged from the base of my spine up through the central core of my body and out through the crown of my head. A bolt of energetic ‘lightning’ sent my entire body into a huge convulsion (somewhat like you’d imagine if someone had died and been brought back to life with a paramedic defibrillator machine!). From lying in a relaxed position, my entire body tensed into the height of rigidity as I was thrown upwards and then immediately collapsing into a heap on the floor. It was as if every cell of my being had been fiercely squeezed out.

Clearly once was not enough – this happened seven times in rapid succession. Each time I’d experience a bolt of lightning from the base through to and beyond the crown accompanied with an involuntary convulsion, throughout my entire physical body. The last vestiges of the ‘me’ that I thought I was were being shattered, whilst my entire being was infused with universal life energy.

My world was shattered

It was totally exhausting! This event didn’t come with a text book explanation so initially I felt major disorientation. It’s not every day that you have seven ‘lightning bolts’ shoot through your body after all! It’s not the type of thing that you learn about in high school. Before to the experience, I had no concept in my brain about kundalini energy. At the time, all I knew was that it was exceptionally powerful and a defining moment in the journey of my spiritual evolution.

My whole frame of relating to the world had been shattered again (it had happened once before in previous years during my Awakening, although the universe had deemed that I was not at that time ready for a full blown kundalini activation). My body felt peculiar. I struggled to understand that it had anything to do with ‘me’, unsure how I was able to move my limbs. When I did, I observed with astonished fascination as if it were the first time I’d been infused into a physical body! Gazing into the mirror in the bathroom was really puzzling. I didn’t recognise my own image! In fact “Who are you?” was about the only sentence I could muster for a while.

Over the next few weeks I encountered constant experiences of soul infusion and spiritual intensity. The journey took me through a myriad of different practicalities providing an first hand education into the intricacies of kundalini awareness.

On one day I would experience the left side of my body become infused with darkness, whilst the right side would be infused of the purest light. As I learned to embrace it all, the lessons came thick and fast. Without judgement, I would rise through each spiritual encounter as non-identified pure presence, turning each page of the cosmic library with lightning purpose.

On another day I would experience intertwining columns of light rise up my spine as the universe dissolved from around me. There would be intense surges of electrifying energy that served to show me any internal blockages within my bodily vehicles (of which I learned that we have quite a few). 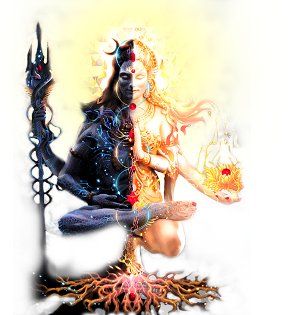 I noticed that unless I completely embodied the flow of higher consciousness, then this extraordinary kundalini energy would rebound relentlessly around my body. I consistently went into the heart of the moment, surrendering anything I was ‘holding on’ to. Universal life force was then able to flow with increasing fluency.

Whilst this period of my life was interspersed with times of pure presence, the integration was at times almost too intense to bare. I thought that maybe I’d been given more than I could handle, yet in my heart I knew that this was on my destined path. Necessity taught me to let go and surrender into the experience. Each time I did, I felt an infusion of soul into my beingness that far surpassed anything I’d previously come to know.

I was no longer following the pull of my soul, instead I was living AS the soul in every moment!

The purpose of kundalini

This is the purpose of a full kundalini awakening – to allow the completeness of universal life energy to flow through our entire being in order that our soul can fully infuse and act as our primary vehicle of expression. This truly is spiritual evolution.

The journey of spiritual unfolding is unique for us all, yet this chapter in our journey doesn’t come easily. It’s not going to be handed to us on a silver plate! Depending on what we have incarnated here to encounter, it may be more gentle than my experience or even more intense. It may happen in untold different ways. I don’t know, we are all different. One thing I do know, is that when we are ready, it will happen of its own accord as a result of following the authentic path of the soul. It can be infinitely helpful to engage with practices that can help us attune to universal life energy beforehand, thus achieving a familiarisation with the process. But having said that – when it is ready to happen, it will just happen and there will be little we can do to stop it.

A word of caution

I would highly recommend against forcing the energy to ‘rise’. I have heard many first hand stories of forced kundalini awakenings that have happened only to go awry! It will take us to the edge of all we thought we knew and be deeply destabilising if we are not ready.

My advice is universal… if you come up against an area where you are ‘stuck’ – go to the heart of it. Deny nothing! Embrace the all of it with profound self honesty. You’ll find that kundalini activation happens of its own natural accord, animating your being and showing you the way through. Be prepared for the world to change though. After the miraculous change that signals your Transfiguration, nothing will ever be the same again!!!