We stand on the shoulders of giants. Many different people who have come before us have paved the way for building a fairer future for all humans, species and the Earth.

Equality, climate change, plastic pollution and protecting the Ocean are just a few of the challenges that Humanity has to face. Thankfully, countless people have helped to raise awareness regarding these issues in the last few decades.

Many game-changers have revolutionised and questioned the status-quo to build a better society and protect the Earth. Thanks to these people, humans are more aware about these challenges, and daily are taking action.

This article homage the lives of three incredible women who have led and leading unique movements for change with passion, vision and courage. 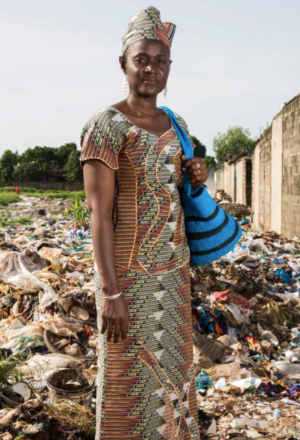 At 25, back in 1997, Isatou Ceesay, a young woman from the Gambia, saw an opportunity: Turning discarded plastic bags into purses.

It all started under a tree, along with five friends. They collected bags from the rubbish pile, washed them and dried them out. Then they would carefully cut each bag into a long continuous thread of plastic several centimetres wide – called 'plarn', or plastic yarn. They started to crochet small purses for coins, using different coloured plarn to add pretty patterns.

Men were laughing at her, saying she was too young to lead or calling out the fact she was trying to sell trash. Furthermore, the husbands didn't like seeing their wifes working. They should have stayed at home and do house chores.

For these reasons, they decided to start working secretly at night from Isatou house. As soon as they had enough purses, Isatou took these to a market in the city and managed to sell them all since they were so unusual. She continued expanding, empowering women in producing and selling their products with recycled plastic. Within a year, Isatou's community recycling project had grown to 50 women, and she named it the N'jau Recycling and Income Generation Group (NRIGG).

With dedication and focusing on her education, by attending schools and learning more on various subjects, she started teaching gardening, soap making and tie-dying to women, as well as raising awareness on up-cycled crafts. Today she trained over 11,000 people all over the Gambia in the dangers of plastic, the opportunities for upcycling waste and gave the tools to women to become financially independent.

She created a source of income for hundreds of women in the Gambia. After several years of raising awareness of plastic's danger, in 2015, the Gambia's government banned the import and use of plastic bags 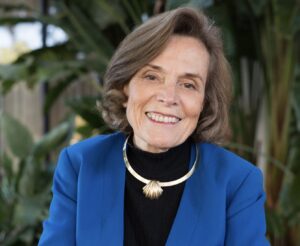 "Knowing is the key to caring, and with caring there is hope that people will be motivated to take positive actions. They might not care even if they know, but they can’t care if they are unaware."

Sylvia Earle, class 1935, is an explorer, scientist, entrepreneur and environmentalist. She spent more than 7000 hours of her life underwater and was the first woman to touch the ocean floor at 450 metres deep. She started diving at the age of 16 in 1951, and since then, she has dedicated her life to studying and protecting the ocean.

In 1970, when the scientists were primarily male, she led the first all-women team of Aquanauts for the Tektite project, living for several days in a habitat underwater.
Her passion for ocean exploration brought her to launch a company to research and develop submarines able to reach the deeper part of the oceans. She is also the inspiration of Google Ocean, being herself that made notice to Google Earth CEO of the lack of ocean soil. Nonetheless, the ocean mainly covers the Earth; why focus only on the ground? Since 1998, Earle has been a National Geographic Explorer-in-Residence and is the founder of Mission Blue, a foundation she launched with TED’s support. Mission Blue’s vision is to achieve 30% protection of the ocean by 2030. They aim to establish marine protected areas called “Hope Spots” around the globe. Their mission is to protect the ocean as we are protecting our land with natural reserves. It aims at creating areas for the conservation of marine life and biodiversity. 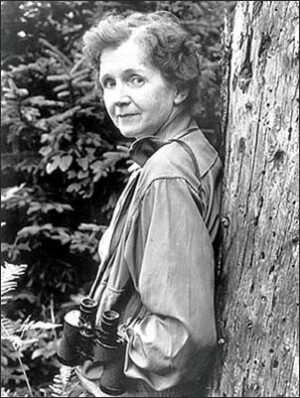 "Science is part of the reality of living; it is the what, the how, and the why of everything in our experience."

Rachel Carson, born in 1907, was a biologist and one of the most celebrated nature writers of the twentieth century due to her ability to write science in an accessible way.

With her books, she raised awareness on the interconnected web of life and questioned the long-term consequences of humanity’s “mastery over the natural world.

In September 1962, she published the book Silent Spring, which described the harmful effects of pesticides on the environment. Critics tried to discredit her because she was a woman, and fellow scientists called her hysterical to blame human’s pesticides for ecosystem damage. However, she prevailed, and her book led to the ban of DDT (an incredibly toxic pesticide) that was destroying the environment. She is now remembered as the key driver to the creation of the United States Environmental Protection Agency.

Thirty years after her death, she continued to be remembered as in 1994, an edition of Silent Spring with an introduction written by Vice President Al Gore got re-printed. In 2012 Silent Spring was designated a National Historic Chemical Landmark by the American Chemical Society for its role in developing the modern environmental movement.

Despite criticism, non-favourable work environment and several challenges all three women were able to bring forth incredible change for humankind.

They are examples of what it is possible to achieve with conviction, passion and clear purpose. They are true role-models and inspirations for our generation.

Apr 30, 2021Editorial Team
Plant Based with Purpose and PanacheThe Game Changers in the World of Documentary Movies