The Rise Of CHRISTIANITY And CONSTANTINE THE GREAT

In the third and fourth centuries AD, the memory of the crucifixion of Christ was still fresh and the echo of the Apostles’ words reached the people of that time with ease and immediacy, directing their minds and hearts to one God.

The people who spread the teachings of Jesus believed strongly and passionately and preached with fervor the new faith. Initially, the role of preacher belonged to the first disciples of Jesus, the twelve apostles. But as the years went by, the Christian teachings began to spread throughout the areas of Asia Minor, Syria, Egypt and Greece, establishing the first Christian municipalities. Those communities of same-spiritual-minded people were based on selflessness, unity, equality and love, as basic and timeless values. This is confirmed by the following record: “Many of those who had become believers were of one heart and one soul. Nobody regarded anything as only their own, everything was common and shared. No one among them was poor, because those who had land or houses sold them and brought and laid the money before the feet of the Apostles. Out of what had been gathered everyone received a part according to his or her own needs”- the Acts of the Apostles, 4: 32 – 35

The social and political circumstances in which the development of a new spirituality began, inspired by the magnificent work of the Son of God, were harsh. The Roman Empire was already deeply immersed in decadence and the intoxication of power. After the crucifixion of Jesus Christ, dozens of emperors came to the throne, each of them harsher and more insane than his predecessor, leaving the helm of the fallen empire to sensible rulers only for a moment, just to save it from complete disarray.

The first Christians lived in such an environment, exposed to the unpredictable whims of the most powerful empire. Although they taught love for everyone and demonstrated selflessness at every turn, polytheists hated them and the state persecuted them.

The Roman historian Tacitus records the following: “The name was given to them after Christ, who was executed by the government of Tiberius in accordance with the verdict pronounced by the Procurator Pontius Pilate; this abominable superstition, slightly suppressed, broke out again and spread, not only throughout Judea, where the evil was born but also in Rome … The execution of Christians served as entertainment for the rest; the Christians were dressed in the skins of wild beasts, slaughtered by the dogs, crucified on crosses and set on fire like torches at nightfall. “

The persecution of Christians was accompanied by the destruction of their settlements and the burning of their documents and parchments comprising the Old and New Testaments. Because of these troubles the differences in the interpretation of Christian teaching appeared, which further contributed to bring confusion amongst the ranks of believers. The first three centuries following the crucifixion of Christ passed under such difficult circumstances. 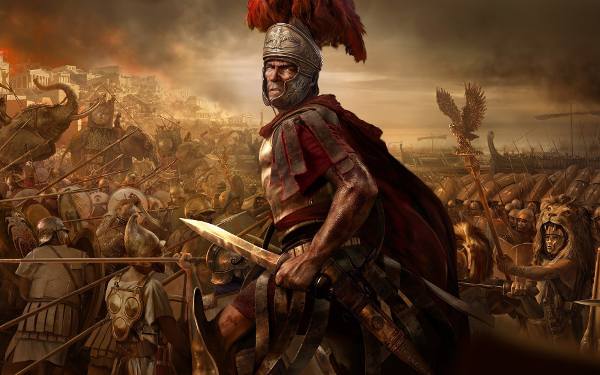 Although persecuted and oppressed, the Christians were able to grow stronger in numbers and better organize their work, primarily driven by the genuine spiritual values that they propagated, and by the way they lived their lives which served as an example to others. By selflessly helping their neighbors, and even their enemies and executioners, they evoked sympathy and interest, and managed to change the attitude of opponents.

In the third century AD, the Roman Empire was burning with potentate’s fever. It was one of the biggest crises ever known in world history. For more than fifty years (from 235 to 284), more than 37 emperors and many usurpers alternated in their succession to the throne. This period is remembered as “a time of great anarchy” or “period of military emperors”.

For a while, the chaos was interrupted by Diocletian, but immediately after his withdrawal from power (in 305), the Roman Empire slid into a new civil war and the fierce persecution of Christians intensified. The historian Lactantius describes this period as follows: “If I had a hundred mouths and an iron tongue, even then I could not list all the torture that the Christians endured.”

However, the prayers of the Christians were answered and God revealed to them once again his intentions through his chosen one. This time it was not the Son of God, but a man who was born out of those times and circumstances.

RISE OF THE EMPIRE

Constantine the Great entered the world of the Roman Empire as a man to whom God spoke. With “divine grace” he defeated his enemies, although he was almost always outnumbered. In a dream he saw a special symbol and heard the words: In Hoc Signo Vinces – with this sign you will conquer.

The symbol which appeared to Constantine before the major battle for Rome (312 AD), was a form of Christian monogram and featured the first letters of Christ’s name. It was the first time such a symbol had ever been presented and all subsequent attempts to date the origin of the Chi-rho symbol, lead to the Emperor Constantine.

Guided by an invisible force with which he was connected, Constantine would make out of that symbol a recognizable omen sending the message to all that the Emperor was under the protection of God.

This document provided the right for “everyone to believe according to his heart.” The injustice which had been brought upon the Christians was corrected by ordering the return of seized property to Christian communities. The new faith gained stable support for the first time with this move and became the point from which it could continue to develop and lead to the proclamation of Christianity as state religion of the Roman Empire during the reign of Emperor Theodosius I the Great. 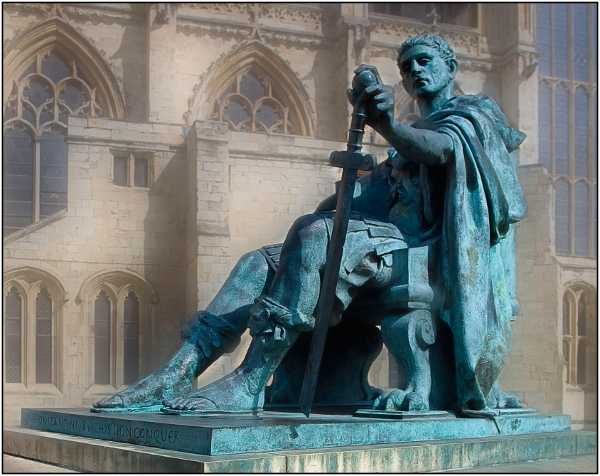 The words of Constantine, uttered in 324, just before going into the final campaign against Licinius, speak about this newly created connection between Constantine and Christianity: “Now, I pray to thee, Almighty: be good and kind to yours faithful in the East and be kind to all of your dioceses, which, for too long, have been suffering the troubles, and through me, your servant, make sure that they are delivered from such sufferings.”

After the successful campaign against Licinius and thus conquering the whole of the Roman Empire, Constantine initiated the renovation and construction of the state, which would lead to the establishment of the new Roman capital, Constantinople.

The new capital on the banks of the Bosphorus was really a new Rome, even in its details. Both “Romes” were the „city on the seven hills; with complete infrastructure system, institutions, government, military organizations, and even part of the population was transferred. According to some sources, one half of the senators stayed in Rome, while the other half moved to the new capital. According to testimonials, Constantine “magnificently decorated” his hometown Naissus (what is today Serbia’s second largest city of Niš) so that the later Byzantine chroniclers considered the city to be his endowment.

Christianity, although supported by the then mightiest emperor, was still going through internal divisions caused by different interpretations of the nature and essence of Jesus Christ as the Son of God. Constantine the Great participated intensively in all this trying to reconcile and harmonize arguments between bishops. Upon his initiative, the Council of Nicaea was convened, in 325, which laid the foundation of Christianity as we know it today. It has been recorded that the lengthy and heated debate between bishops was cut by Constantine saying: „When something is discussed so widely it is not theology but politics!“. He then assumed the role of arbitrator and ruled on the final form of the creed.

It is well known that he humbly asked, on behalf of the Empire, for forgiveness from the Fathers of the Convocation who bore the wounds of past persecution, and it is believed that he went to the Labrum tent daily for prayer and conversation with his God. 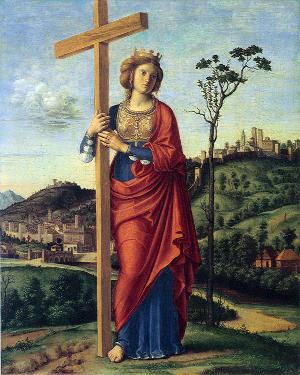 The relics that his mother, future St. Helena discovered and brought, as well as the churches that were built in places related to Jesus Christ himself, represented further evidence of God’s plan and providence.

Today, we can ask whether the most important temples of the Holy Land would ever have been built, were it not for Constantine and his mother Helena.

For 21 centuries, Christianity has survived the great transformation from persecuted sect to world religion. People, words, acts and rules may have varied in accordance with the times. However, the very essence of Christianity, permanent and eternal, has been standing before us all the time waiting to be embraced and taken in.

Forgiveness and Reconciliation. Unity and Love. Strong faith in God. These are the foundations we should be returned to.

Author: Milan Bojic, Editor in Chief of The Awakening Times