The Opening Salvos of Climate Disaster 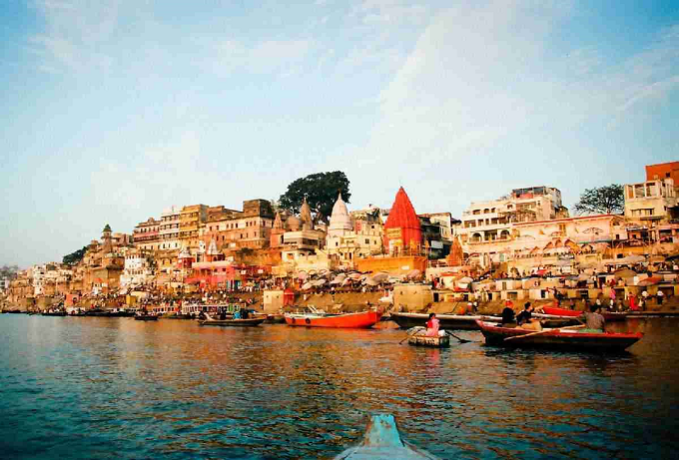 The cycle of life is intricately linked to water. From our first nine months swimming in a womb to our ashes being immersed in a sacred river or scattered across the ocean, from the essential nectar we drink to that which turns apple seeds into apple trees, water is an integral part of our very existence. However, unlike oxygen, which silently, invisibly, maintains the breath in our lungs and the beating of our heart, water is a visible, tangible presence and one with which we interact – directly and indirectly – throughout the minutes of our day and the days of our lives.

The nature of humans’ relation to water is multifaceted and deep. The exchange of oxygen between the air around us and the cells in our capillaries is unconscious and involuntary. Our exchange with water, however, is the subject of poetic literature. Countless novels, poems, sonnets, and songs have been written about our love affair with water. Whether that affair is one of awe, nurturance, poignancy, solace, inspiration, or fear – it nonetheless captures both our hearts and our minds. From Huck Finn to Hemingway, our lives are inseparable from the water around us.

The crystal-clear, blue, rushing waters of Mother Ganga cut through the foothills of the Himalayas, carving out what is perhaps the most sacred riverbed in the world.

Where the river ends and people’s lives begin is impossible to discern. Ganga is as inextricable from the lives of Indians as the very blood flowing through their veins. Whether She is a source of tangible water for daily drinking, bathing. and cooking, or whether She is a source of intangible inspiration and liberation prayed to with each morning’s bath in innumerable cities across the world, She is fundamental to the lives of more than one-seventh of the world’s population.

Mother Ganga irrigates not only the hearts, minds, and souls of Her one billion devotees around the world. She also irrigates the farms that feed more than one-third of India’s population. More than 500 million people receive the means for their very existence from Her waters. The Ganga Basin supports the greatest population density on Earth – it is home to more than one-twelfth of the world’s population. Ganga is the water they drink and with which they bathe, cook, and irrigate their crops. She is both the apple of their eye and the apple on their tree. Her irrigation canals span approximately 18,000 kilometres (11,000 miles), a network of channels running as the arteries of life for one-third of India.

The volume of waste dumped into Her waters is staggering. 1.3 billion litres of wastewater from domestic and industrial sources are dumped directly into Ganga each day. This is only the liquid waste – the untreated sewage, agricultural run-off and chemical effluents from factories. The solid waste, the actual trash which individuals and municipalities toss into Her stream each day is immeasurable.

The specific challenges faced by the millions of Indians living in the Ganga Basin across the five states through which She flows may be unique. However, the deeper, fundamental issues are not. Tragically they are global. Each day, approximately 4000 children die from waterborne illnesses and more people die annually from water-related issues than from all forms of violence combined – including individual assault and murder as well as organized crime and war.

“We forget that the water cycle and the life cycle are one. Water and air, the two essential fluids on which all life depends, have become global garbage cans.” – Jacques Cousteau, Oceanographer

By the year 2040, the world is predicted to have half the water it needs. The United Nations predicts “water scarcity in some arid and semi-arid places will displace between 24 million and 700 million people.” In other words, up to 700 million people could be forced to become refugees or internally displaced people due to the lack of water. Sadly, in less than 12 years, India will have half the water it needs. Just last year 300 million people were impacted by drought in India alone. It is a tragic sign. According to the United Nations, “Water scarcity already affects every continent. Around 1.2 billion people, or almost one-fifth of the world’s population, live in areas of physical scarcity, and 500 million people are approaching this situation.”

Global water-related issues are deeper than a critically worsening shortage. Not only are we running out of the water to provide for the exploding population, but we are simultaneously turning our limited water supply into poison. 1.8 billion people worldwide use water that is contaminated with human feces. Every day, two million tons of sewage and other effluents drain into the world’s water bodies.

Additionally, as countries develop, they produce more and consume more. An inevitable and inextricable part of the production is waste. According to the United Nations’ reports, eighty percent of all industrial wastewater globally is dumped untreated into water bodies, thereby rendering the water supply unusable.

Whichever country one may examine, whatever type of water body one may study, the facts are grim. Developing nations and developed nations alike are seriously suffering due to insufficient clean, pure, toxin-free water.

The answers are actually simpler than we realize, or simpler than we want to realize. Complexity absolves us of responsibility. Simplicity, on the other hand, is both empowering and frightening. Simplicity holds the mirror of responsibility uncomfortably close to our own faces. Today we cannot afford to turn away. The Earth requires us to look into that mirror, not with guilt, not with disdain, not with judgment, but simply with awareness of what we could and should be doing.

We will find that so much more than we thought is within our power to change. Perhaps we can’t change entire industries, or entire government systems, but every choice we make about what to purchase, what to wear, and what to eat has direct and powerful impact upon climate change, upon children dying of starvation, pre-pubescent girls and boys working in toxic sweatshops, cotton pickers suffering from pesticide-induced cancers, suicidal farmers, and upon the health and balance of the water, air, and land of Mother Earth.

Whatever area of environmental, ecological or sociological crisis one studies, the meat industry plays a critical role. The production of meat for consumption is, according to a United Nations’ Report titled Livestock’s Long Shadow, the single greatest contributor to global warming. We can effect enormous change in the rate of global warming and environmental devastation with a few simple yet critical lifestyle choices.

Additionally, the production of a pound of meat takes approximately 2,600 gallons (approximately 10,000 litres) of water. Tens of thousands of farmers across the “developing” world are collapsing on their desiccated fields. There is no water for their parched mouths or withered crops. Many commit suicide, unable to face the prospect of a tomorrow with no means to feed themselves and their families. Many others are taken, unwillingly, by sickness and death. And a typical small family consumes the equivalent of 2600 gallons of water during one meal of hamburgers.

The world of the twenty-first century cannot live in a vacuum. What I purchase, use, and eat today in Rishikesh or Delhi or London or Paris or Los Angeles is having a direct effect on the lives of my brothers and sisters in other countries. Every pound of meat that I don’t eat frees up sixteen pounds of grain and 2600 gallons of water for other purposes.

There is a direct, linear relationship between the volume of goods produced by a factory and the volume of waste cast by that factory into local rivers, lakes and groundwater or spewed into the air. Development is necessary. One cannot move backwards in time. Progress in the fields of education, technology, science and manufacturing are fabulous boons for any society. However, development should not be interpreted as a license for decadence or gluttony at the expense of others. A revered saint once said, “Your freedom ends where my toes begin.” If our freedom to develop and consume is turning the water that hundreds of millions depend upon for life into toxic sludge, then perhaps it is time to re-evaluate the expression of our freedom.

The Power of Faith

Every religion of the world exhorts us to view the world as our family. Can we? Can we do more than shake our heads in disbelief as we watch the news? Can we realize that the choice to live simply, so that our starving brothers and sisters may be fed, so that farmers’ lands may be irrigated, so that trees may continue to grow in the Amazon, so that the rate of global warming and environmental devastation may be checked, so that Mother Earth may continue to have fertile land for growing crops, may we realize that this is a natural choice and not a cruel and unusual punishment? Can we truly feel the same Oneness, the same sense of family, for those of other races, religions, cultures and colours as we do for those living under our own roofs or within our circle of friends?

This is the great challenge and great gift that we have been presented with today. That which our world requires us to do today is very much what all the religions of the world have been urging us to do for millennia: live simply, live with awareness and consciousness, share with others, love thy neighbour as thyself, practice non-violence and reap not the spoils of violence. By doing that which is right for the Earth, we are actually doing that which is right for ourselves.

The current tragic state of our Earth is forcing us out of our cocoons, forcing us to break the boundaries by which we have narrowly defined our “self.” If we can step up to the challenge and redefine our priorities, our values, our goals and even our understanding of where “self” ends and “other” begins, then this time in history will mark not an era of devastation but an era of rebirth.

[The] Global Interfaith WASH Alliance (GIWA) unites religious leaders and their communities to address the crisis of water, sanitation, and hygiene. In all of our religions, water is sacred and life is sacred. By bringing the leaders of different religions together to battle a common enemy – polluted water, death by diarrhea, climate change, and dwindling natural resources – we harness the power of the 84 percent of the world’s population that subscribes to a faith. It is said that faith can move mountains. We are using it to move not the mountains but the mindsets of our global family. We are using faith as a fantastically powerful tool to effect change in thought and behaviour toward a water-safe and environmentally sound world. 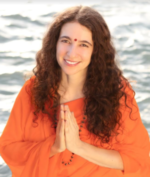 This article has been written by Sadhvi Bhagawati Saraswati, PhD, was raised in an American family in Hollywood, California and graduated from Stanford University. She was completing her PhD when she left America in 1996 to come and live permanently at Parmarth Niketan Ashram in Rishikesh, India. She has been living there for the last 22 years, engaged in spiritual practice and dedicated service.

She was officially initiated into the order of Sanyas (monastic renunciation) in the year 2000, by her Guru, His Holiness Swami Chidanand Saraswatiji.

Feb 24, 2019Editorial Team
What the year 2050 has in store for humankindInterview with Brahmarishi Mohanji Part 3