Home The Northward Movement of the Sun

The Northward Movement of the Sun. Uttarayanam. 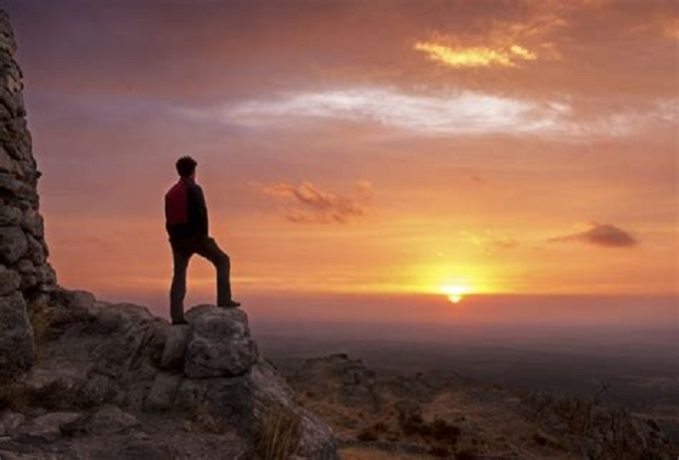 The Hindu year is divided into two halves of six months each. The first six months known as Uttarayanam is from January 14th to July 15th. The second half known as Dakshinayanam is from July 15th to January 14th. As usual the Hindu calendar is closely connected with movement of the sun and the other planets. “Uttara” means the north and “ayanam” means travel. Therefore Uttarayanam means the northward movement of the sun passing through various planetary positions. These positions start from Capricorn (Makara), and lead up to Gemini (Mithuna). Those who are in the habit of watching the sun-set will see that at this moment the sun has reached its maximum journey towards the south because of which the whole of the northern hemisphere is experiencing the cold of winter since the sun is our only source of natural heat.

For Hindus the winter solstice is on January 14th and again if we watch the sunset we will see that from this day onwards there is a slow but sure shift towards the north. The sun travels north- east for six months of the year and south- east for another six months. It will never rise exactly in the east except on March 21st and September 23rd. Needless to say that the sun never travels. This is an illusion caused by the tilt of the earth on its axis and its movement round the sun. This is what makes it appear as if the sun is drifting towards the north-east and south-east.

The change in the sun’s relationship with the earth plays a significant part in the lives of people especially those who live in the northern hemisphere, because this is the part that gets the maximum impact. We are part and parcel of our galaxy and we can’t escape from the changes which take place on our planet. If anything happens to the house we live in, it will naturally affect those who live in the house!

The rishis who are the founders of Hinduism were experts at camouflaging dry, scientific truths with imaginative stories. They knew that the only way to teach science to the masses was to put it in the form of stories. These stories were woven into the very structure of our culture so that even a small child could understand this. So they said that one human year is the equivalent of one divine day of the gods. The six months of Uttarayanam is their daytime and the six months of Dakshinayanam is their night. So now that Dakshinayanam is coming to a close, the gods are just waking up after their sleep so it’s a very auspicious to waken them with hymns and pujas and other spiritual practices. If people were told to do all these things because it was good for them, they might not have listened but since a story was woven round it, people were more inclined to pay attention.

Uttarayanam is just going to start on January 14th. This day is known as Makara Sankranti in Hinduism. Sankranti is the meeting place when the sun moves from one planet to the other- from the month of Pausha to Magha. Since the sun is starting on its northward journey from this day, we begin the morning by worshiping the sun. A fire is built facing the east and a mixture of milk, rice and sugar is cooked on this fire. The milk should boil over just as the sun rises on the horizon. This offering is to the sun. The pudding is then distributed to everyone. This festival is known as Pongol in South India. Thus the rishis saw to it that dry scientific facts were combined with interesting rituals so that they would be remembered and followed by even those who did not have a scientific mind.

Whether we accept it or not, Uttarayanam and Dakshinayanam have a definite impact on our psyche. In the northern hemisphere, Dakshinayanam is the time when we are most receptive to the energies of the planets and Uttarayanam is the time when we can utilise these energies in order to attain the fulfillment of human life. In fact the first part of Uttarayanam from January 14th to March is the time when the maximum amount of energy can be got from the sun. Hence yogis usually choose to leave this planet at this time. In the Mahabharata it is said that Bhishma the grandsire of the Kuru dynasty fell in December but chose not to die and waited till Uttarayanam before giving up his body.

Scientifically speaking, the sun’s rays are very low in the months of Dakshinayanam. This lowers the immunity and digestive power in human beings. Thus the rishis recommended fasting, meditation and reading of scriptures etc in these months and abstaining from very heavy work.

The three lower chakras — Muladhara, Swadishtana and Manipuraka keep the body rooted to the earth element and are necessary for our basic survival. Fear and anger are the basic traits of people who are fixed in these three chakras. If our energies are concentrated on this, we will be more interested in things like food, sex, pleasure and so on. The three chakras on the top- Vishuddhi, Ajna and Sahasrara are always trying to pull us away from the obsession with the physical. During the period of Dakshinayanam we will find that it is easier to cleanse the three lower chakras and during Uttarayanam we will find that the three upper chakras will be able to guide us to higher realms of consciousness.

The Anahata chakra or the heart chakra is the one that acts as a balance between these two forces, one centrifugal and the other centripetal. Love is the only thing that can lure us away from our basic instinct for survival. For instance a mother, whether it be animal, bird or human is prepared to sacrifice her life for the sake of her children.

The human body is actually a mirror of the cosmos. The microcosm is only a reflection of the macrocosm. All the astronomical events that happen in the external world are reflected in the human body. Whether we like it or not every movement of the planets has a reciprocal response in our bodies. Of course most of us are not sensitive to these happenings. The rishis realised this and that is why they brought the whole thing into a spiritual perspective and told us that during the night of the gods we should undertake certain spiritual practices and during the day of the gods we should go on pilgrimages and other energetic types of sadhana. In modern times especially with so much of conveniences most of us are not even aware of this connection and are totally oblivious of what is happening in the nature outside.

However the modern mind readily accepts scientific facts so now we should give people the scientific reason for what the rishis said. If we want to make use of the energy of the planets to bring health to the body and rid itself of diseases, then a proper understanding and appreciation of what is happening in Nature is essential. We should keep our internal mechanism in tune with the movements of the sun, earth and planets; we should align our inner self with the movement of Uttarayanam and Dakshinayanam.

This article was written by Vanamali: A published author who conducts classes on the Vedic Way of Life and The Bhagavad Gita in many countries.

Feb 24, 2019Editorial Team
Bathe in the nectar of Kumbha MelaTowards an integral evolution