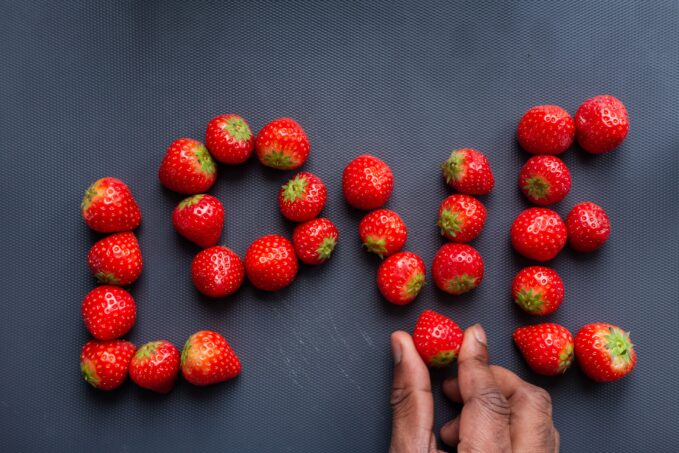 If you want to know something about a person, ask them what they eat. It is amazing how much it says about us! Someone’s eating habits give you an insight into their life and mindset. In most cases, these habits tend to reveal the character of a person (their determination, commitment, awareness, etc.) and, of course, their lifestyle. After all, we are what we eat. Everything we bring into our system through food or the exchange of energy with other people, things and jobs, will also be released in our environment in the form of physical appearance, health, the frame of mind, behaviour.

I am my choices

I stopped eating meat spontaneously. For a long time, meat was on my menu two to three times a week, and on the days when I did yoga exercises or meditate (which involved energy transfer), I avoided eating meat and other products of animal origin (eggs and dairy products). As advised by my teachers, I tried doing this and adopted that practice. I realized that my energy was different on the days when I don’t eat meat and that the ability of my body to perform yoga exercises varied, depending on whether I ate meat or not. I felt lighter, stronger and more flexible when I was not eating it. I was entirely baffled by that. Still, that made sense. If our body is filled with prana (life energy), and we take in prana through the food we consume during the day, among other things, it is only logical that this energy should be as vibrant as possible for our body to follow suit. The energy of killed animals is certainly not that. I understood that quite well, but I kept eating meat. Old habits die hard! Especially the eating habits we have developed (i.e. that were imposed on us) from the day we were born. 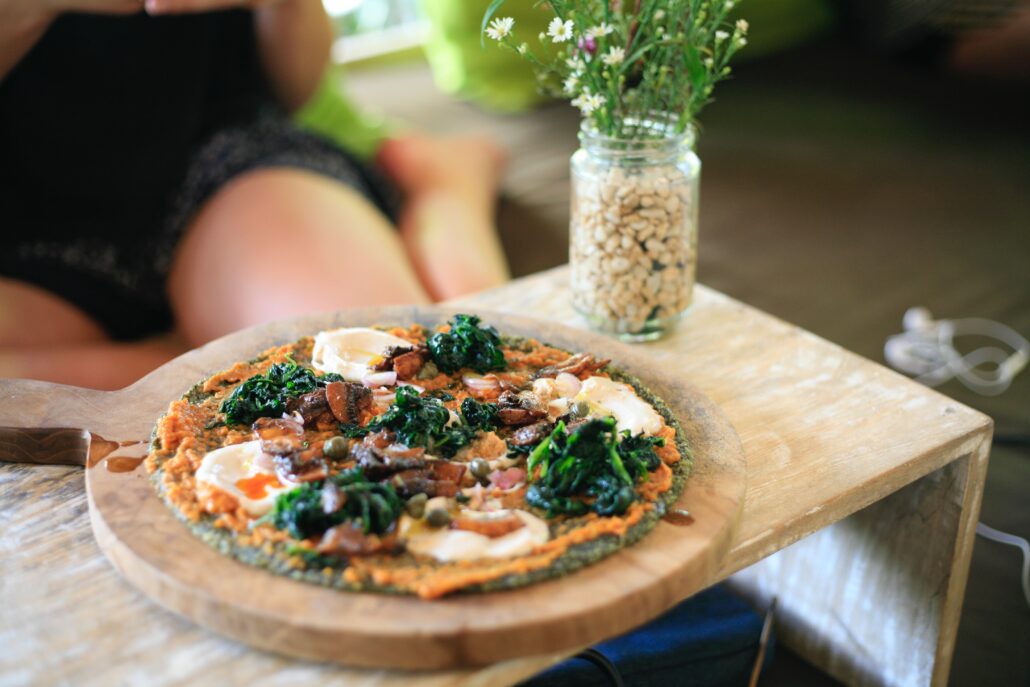 The story we do not want to hear

My awakening began with the following thought: I eat the flesh of a killed animal which, while breathing, spent its whole life locked in a damp and dark barn, not being able to see the sun or meadows, perhaps never in its lifetime. It came to this world only to be imprisoned, fattened, killed and processed into food. Let us not consider this ethical side for a moment. Not to mention that animals, like humans, are capable of experiencing various emotions and sensations, primarily fear (also the survival instinct of all living beings). In moments of fighting for life, in particular in moments of violent death, a huge amount of fear and stress hormone is released into the tissue. And it stays there. In that steak, sitting on my plate. When we “feed” on such flesh, it raises in us emotions that are quite similar in terms of vibrations (anger, rage, irritability, unrest, etc.). Our true nature is nonviolence. We should live a life without violence in thoughts, words and actions. Only then are we able to express our true nature, and that is unconditional love. The opposite is fear. Out of fear, a feeling of helplessness arises; that feeling manifests through aggression, which is only a defence mechanism. We should always keep in mind that we are responsible for the choices we make.

We arise from the light, we return to the light 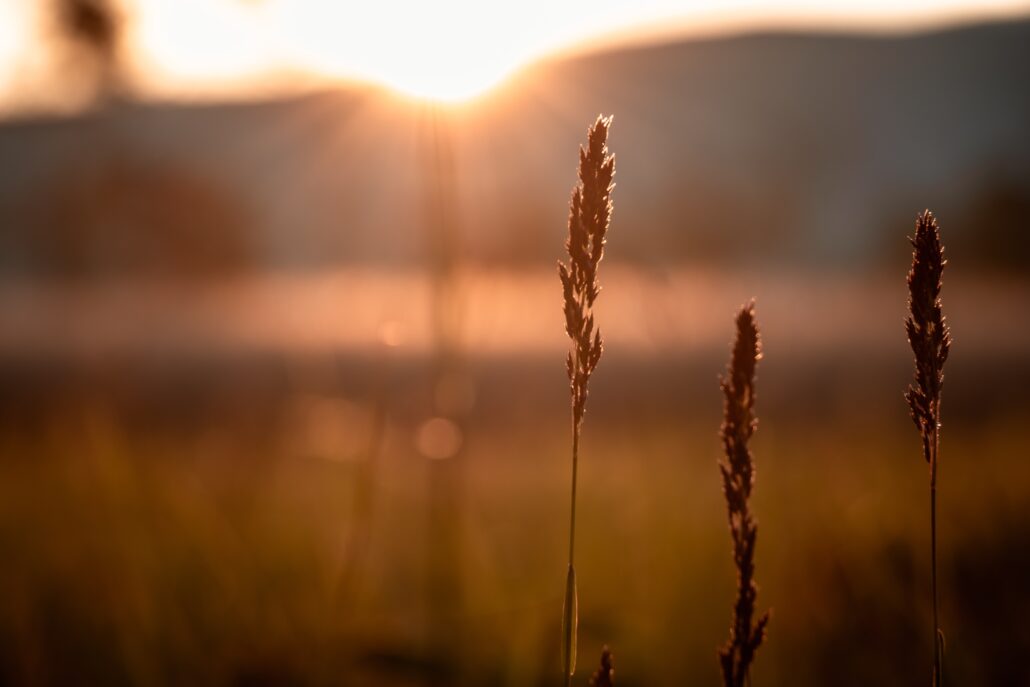 The sun is the source of all life on earth. The sun, combined with other elements of nature (earth, air, water, ether or space) keeps the entire planet and all the living world on it alive. The sun is able to turn a seed into a tree or any other plant, a new life. These plants will tomorrow be food for the animals on a sunny meadow, thus taking living energy into their system - the chlorophyll of plants, which absorbs the light. Then we eat that healthy meat, the meat boosted with oxygen, chlorophyll, solar energy, i.e. life energy, and reap all those benefits – only second hand, actually. We could eat a plant immediately, entirely skipping an animal in that food chain between the sun and our body. Namely, that meat makes us strong and healthy. Okay, let us take a few steps back. And where seats this whole process in the life of a cattle that was born and lives in a barn, only to die in a slaughterhouse, screaming in agony? I wondered, what am I actually eating? A corpse, dead meat, fed with antibiotics (to keep an animal healthy in an unhealthy environment) and hormones (to make an animal grow as fast as possible and end its young life weighing as much as possible), fed with processed food rich in additives that can deliver all that. Next, that dead meat is frozen and who knows how much time will pass until it reaches a consumer. Then I defrost it (“bring it back to life”), flood it with spices so that it acquires a tolerable taste, and then cook it at 200 degrees for an hour. Then I “consume”. At 200 degrees, everything dies, both bacteria and parasites, let alone all the fine nutrients from food created by the combination of solar energy and chlorophyll from plants.

Food choice is equal to the level of awareness

After a retreat I attended, I stopped eating meat entirely and have never had a craving for a steak or a piece of fish ever since. I am utterly convinced that I was blessed with a major shift in my state of consciousness during the retreat, and that this happened to me so easily, naturally and spontaneously, without facing a moment of weakness or crisis.

Occasionally, I eat eggs and cheese, sometimes more frequently, and sometimes less; these are farm-made products, originating from a tested and controlled environment, never from an unsustainable environment - I do not support it either ethically or morally. On the contrary. I believe that the dairy and egg production industries are no less exploitative than the meat industry. I do this in the name of my body, my spirit and all the animals in the world that end up unfairly on someone’s plate. In the name of cubs separated from their mothers, deprived of their only food (milk), as well as the relationship with their mother. 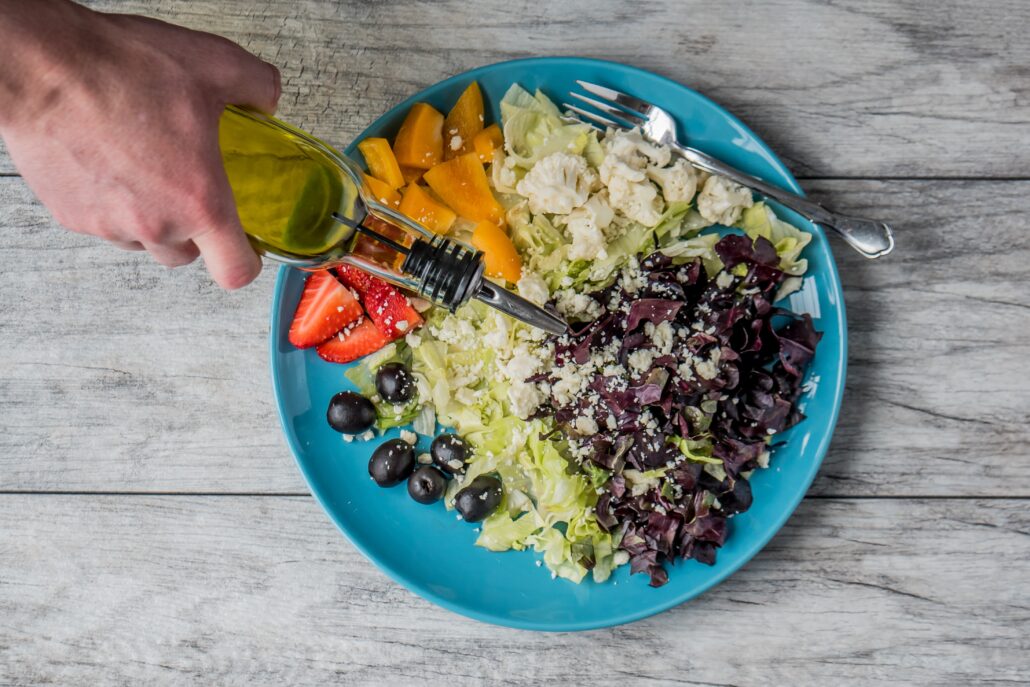 Another thing I do only for my mind and body - I eat raw food much more than a thermally treated one. Only this food is “living” food that contains prana, i.e. life energy. Only living food has the ability to heal affected cells in our body. Thermally processed food (all over 40 degrees) lacks that power. It cannot regenerate the affected tissue. When our body is free from excessive digestion of food and the selection process on toxins and healthy enzymes, then there is no waste of energy, and people are not sleepy or tired after eating. Parasites in our body do not eat living food. On the contrary, they eat processed, prepackaged food, full of flavour and appetite enhancers. In the absence of such an environment, which benefits their growth and development, they are forced to leave such an environment, or simply die. Some people do not believe in the existence of diseases, but only in the states of balance or imbalance of the body. These words hide a great truth and lucky are those who comprehend and realize it. If we live in concord with our soul and feed our body with living food, we will be able to deal with stressful events and react to a toxic environment without fatal consequences for our health. It is also a huge misconception that only high-calorie foods give you strength and stamina. It is just one more concept adopted by upbringing, the environment in which we were raised, as well as under the influence of the media that support the food industry and develop a consumer culture. Whoever has not tried to eat less in terms of quantity, but high quality (more living food) cannot even suggest otherwise.

We are here to experience and taste

I also know that we have “descended” into this material world for a reason. We have been given a body and senses to experience that world. Everyone should follow their instinct and their own growth and development, and to live with it accordingly. I do not support making any pressure. As long as someone has been given the experience to live a certain lifestyle, no matter how seemingly destructive it may be, it is better for a person to go through that experience entirely and then experience “a wakeup call”, a realization, to learn a lesson, rather than changing themselves at any cost because of others. Until our karma regarding any aspect in life is completely fulfilled, there shall be no actual transition to a new “level”. I know that there are people who do not eat at all; they live only by feeding on life energy from the sun. None of us should try to look up to them. You just do not experiment with those things. It was either given to you or not. If it was, you will know; there will be no evaluation or hesitation.

Food choice as an indicator of our level of awareness

On the other hand, some choices can be made consciously, of course. Experimenting with food is the same as experimenting with certain techniques, experiences and some such. I often found awkward hearing that someone was on a special eating regime because of health issues, or they just wanted to lose some weight, strictly followed the diet, only to say (and often nutritionists and doctors say that) that we can treat ourselves to some unhealthy food we love from time to time. What they meant by “treating”?! I guess, they mean we can allow ourselves to feel weak and satisfy a need, a habit, addiction, etc. How can we treat ourselves to something unhealthy? In fact, only when we eat healthy, nutritious and living food do we treat ourselves. Our body will show us that. It will be remarkable, strong, light and clean. 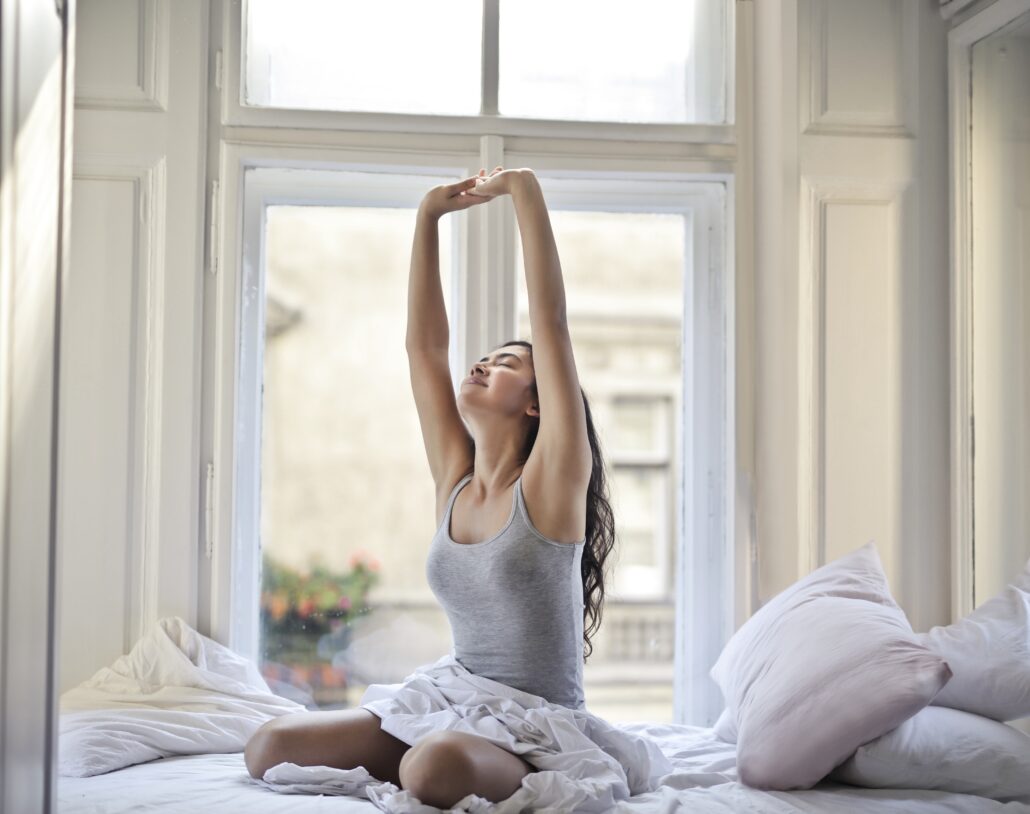 Food choice is much more than satisfying hunger

Through food, we connect with the elements of the Earth, and thus with our being. Each person must take responsibility for the food choices they make. Responsibility towards ourselves, our body and spirit, and responsibility towards the world, the planet and other living beings with whom we share it. Only when we truly connect with the food we eat, when we experience it on a cellular level, when we realize which systems of our being and in what way feed on it - then will we be able to make choices that stem directly from our awareness, not instinct.

Author:  Dejana Vojnović, graduated from the Faculty of Philology in Belgrade she has been working as a foreign language teacher for ten years. She completed her psychology training in transactional analysis and at the same time became interested in a more in-depth spiritual search, which continues today. Using her own acquired knowledge and what she has experienced, she has been working as a consultant for several years.