Home Sri M opens up on the intrigue of his latest book, ‘The journey continues’

Sri M opens up on the intrigue of his latest book, ‘The journey continues’ 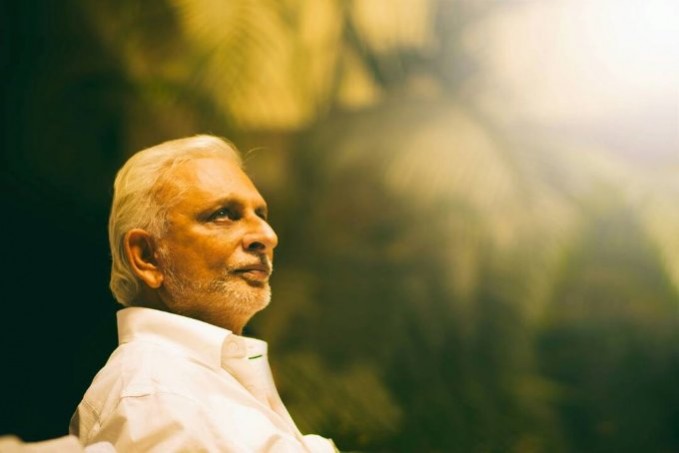 Sri M as he likes to be addressed comes across as soft-spoken, suave gentleman sans external trappings of a mystic. If the two leading books he has authored are anything to go by —Autobiography of a Yogi apprenticed to a Himalayan Master and its recently released sequel, The Journey Continues — he definitely comes across as someone whose depth of being is difficult to gauge in a casual acquaintance or by mere appearance.

His experiences as narrated in his books stir the most rational mind to believe against beliefs, for unlike other authors who are not accessible to the reader, Sri M is readily available and open to discussions and clarifications be it on the social media websites, personal interaction, emails and in number of public venues inviting him to address gatherings. Against the backdrop of the release of his latest book-The Journey Continues, he gets set for a tete-a-tete about the disarming narrative. The pages of the book open to Sri M’s recall of earlier births —some through dreams, some through his mentor-guru and some his own revelations. Interspersing these rebirths are chapters dealing with his present life experiences and learning the essence of Upanishadic teachings. Excerpts from the interview:

Why does the book not run continuously on the saga of your different births at different periods of time? Are not alternating chapters on your present life encounters and episodes diverting the flow and the reader?

I did it deliberately to avoid heavy reading. I felt it would be too much for the reader to delve into one birth to another without a break. My births are not ‘avatars’ for someone to serially devour with sacred fervour (a chuckle!). I view my book as memoirs.

Did it ever occur to you to verify and trace your birth to chronicled history or to the descendants of the families (if any) in which you were born?

No, I never felt the need to do so. I’m so sure of them myself. But anyone else is most welcome to trace out and check for themselves. It is very interesting that the Jaisalmer family’s youngest daughter Rashmi Mayurbhanj feels closely connected to me. I feel a strong link whenever I step into the place. Similarly at Dakshineshwar in Kolkata, I feel I’ve come to my home! As I mentioned at the very beginning, I leave it entirely to the reader to believe or not to. There is no compulsion, but rebirths and remembering them vividly are not unheard of in the world, though it is a rare occurrence.

Barring one such birth where you gave the period as 9th century, there is no mention of the era in any of the previous births? Don’t you think it would have authenticated your memoirs?

I admit, I was so caught up by my own experiences while writing. I should have mentioned the period of each; hopefully in the next edition. But as far as rebirth is concerned it is difficult to pin it down in linear time frame as various other factors operate beyond our limited reasoning. 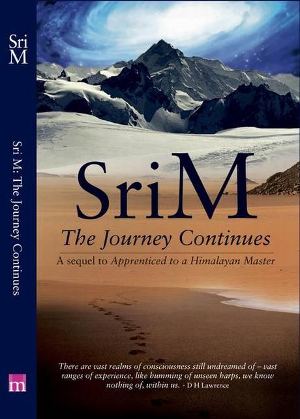 Going by your account, your past births — lowly and high — were ordained and you were blessed to have had close contact with the likes of lord Krishna, Mahaveera, the Buddha and your own Himalayan master? Why none of them helped you to overcome these births and go into birthless state, the highest in Hindu thought?

On the contrary these births and the divine blessing at every stage was ordained by my guru as I had to go through these highly varied mundane experiences in order to fulfil a mission in my present birth. And I’m doing precisely what I’m here for. The Walk of Hope across the country and recently in Germany is one of my missions. This book is also one such.

You have mentioned ways and means of undertaking astral travel (through subtle body). What if someone tries it out? Isn’t it risky?

It is not achieved so easily and even if it is, definitely not risky. I mentioned only the easy ones, obviously harmless.

This book of rebirths is very intriguing. What is your objective in getting it published?

I want the younger lot, the present generation to keep their minds open, suspend judgement that only springs from logic and so-called rationale. And explore! If you feel what I have chronicled in my present book has to be authenticated, well, be free to surge ahead and try to seek the truth for yourself. When I could do it at 19 why not anyone of you. It doesn’t mean decamp-do not mistake me. I’m very much like you all and live pretty much a normal life. If you only care to expand your intuition, the right side of your brain which is being advocated even by the best scientific thinkers in the very modern West, you will find immeasurable vistas opening up and as you traverse these, you will reap the highest from life, as I did.

In chapter 13 on Facets of Tantra you have specifically mentioned only 6 chakras stating the third eye (Ajya ) chakra. Isn’t it contradicting the Tantrics who believe it to be a vital chakra?

I have mentioned the six chakras (centres ) beginning with lowest placed at the end of the spine and ending at the crown of the head and stated that Gorakshnatha had added two more centres at the epiglottis and the centre of the forehead (Ajna). In no way does it undermine the importance of Ajna chakra.

Jun 22, 2018Editorial Team
The Key To Immortal Consciousness: The 82 Commandments Of Alejandro JodorowskySri M on Kindness and Humility of Sages