Seven Years in Tibet – From Arrogance to Humility

Seven Years in Tibet, the 1997 epic film that runs for 140 minutes, directed by Jean-Jaques Anaud,  remains riveting throughout. The story commences in 1939 just before the outbreak of World War 2. The film is historically accurate and tells the story of Heinrich Harrer (Brad Pitt), an extremely arrogant, aloof and stubborn young Austrian mountain climber, a gold medalist and a national hero, that joins a team of mountain climbers that are attempting to climb the almost impossible to scale Himalayan Peak of Nanga Parbat, the ninth highest mountain in the world. He leaves behind his very pregnant wife as he is not really interested in being a parent. 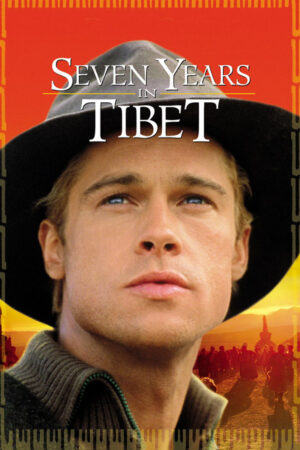 While climbing, war breaks out and they are interred in, and finally escape in 1944, from a British prisoner of war camp. Harrer and his German associate Peter Aufschnaiter (David Thewlis) separate from the rest of the climbers. They decide to not go home to Austria until the war is over and decide instead to make their way through Tibet. During their travels on foot, the difference in their characters is glaringly obvious. Heinrich is arrogant and vain whereas Peter is a humble unassuming man. They are at loggerheads initially, but as Peter starts to point out Heinrich’s selfish and arrogant actions, Heinrich slowly and grudgingly begins to see his own selfish and self-centered actions. Heinrich saves Peter’s life when Peter breaks his ankle.

After an exceedingly treacherous and challenging journey, they reach the holy Tibetan city of Lhasa which is forbidden to strangers. There Heinrich meets the young religious leader of Tibet, the 14 year old Dalai Lama (Jamyang Jamtsho Wangechuk) named Kundun. The boy is eager to learn of the outside world from Heinrich and so he befriends the arrogant Austrian. 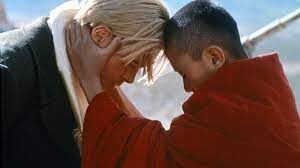 Peter falls in love with a Tibetan tailor, Pema Lhaki (Lhakpa Tsamchoe), and she falls in love with Peter’s humility. It’s a pleasant surprise to see a Hollywood film where women aren’t treated as objects and are allowed to be full complex characters such as the lovely Pema Lhaki.

A very deep and loving, yet refreshingly unsentimental relationship develops between the young Dalai Lama and the Austrian. The Dalai Lama becomes the instrument of spiritual transformation for Heinrich in two ways. Firstly, by standing proxy for Heinrich’s own son that was born while he was climbing and traveling and whom he had left in Austria, thereby prompting Heinrich to contemplate on what he had left behind and possibly lost. Secondly, the Dalai Lama shows him that he doesn’t know everything and that he still has a lot to learn. He teaches Heinrich the value of humility and affection.

The film is shot in Argentina and Canada, as stand-ins for Tibet, however there is wonderful footage of the Himalayas, surreptitiously acquired by the filmmakers – a stunning backdrop of breathtaking snow-capped mountains. We see Heinrich and Peter traverse some of the most beautiful landscapes captured on film. The entire film is exceedingly beautiful – the costumes, the religious ceremonies, and the music make for a visual spectacle.

Although Brad Pitt is infinitely watchable, from time to time he falters in his Austrian accent. He does however convince as the initial arrogant character and also as the transformed person – gentle, full of fun and compassionate. I feel that Pitt was cast more for his star status than his suitability as this character.

David Thewlis, a grossly underrated actor, delivered a flawless performance and although it is the story of Heinrich, I would have liked a little more development and involvement of Peter and also of the boy Kundun, the Dalai Lama.

The film beautifully communicates the pacifistic, sweet soul of the Buddhist faith and its most ardent practitioners. The film also touches on the Chinese invasion of Tibet that years later, forced the Dalai Lama to flee from Tibet to India. 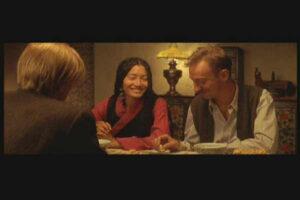 The heart of the story is the unbelievable spiritual transformation of Heinrich Harrer from narcissist to loving empath, in the presence of an enlightened master such as the Dalai Lama, as is the case with many other enlightened masters that come to this earth, compelled only by their compassion for us lost and confused humans. It is a story of hope that the worst among us also carry within us, the seed of Divinity and of all-potential, and that thanks to the love of the Wise Ones, we can all connect with and become the divine and loving beings that we all are in our truest being.

A film worth seeing absolutely.