Rumi, a Professor, Poet and Mystic 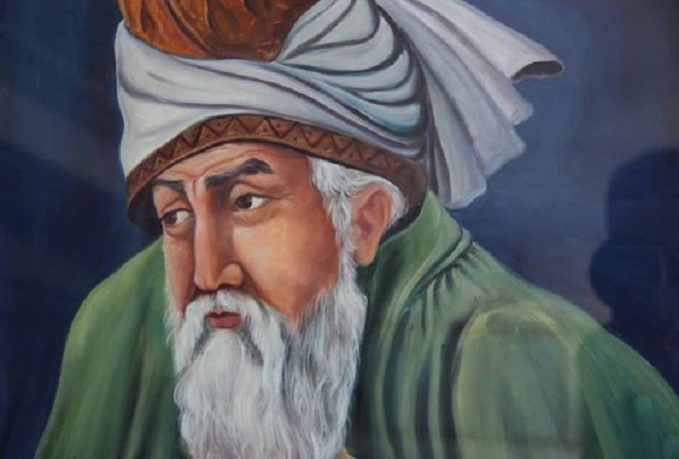 In December mystics from all around the world are remembering Rumi, one of the greatest poets of all time.

His poetry is translated in many languages and almost 800 years after his death, he is still best-selling author in the United States.

Jalāl ad-Dīn Muhammad Balkhī-Rumi was born on September 30, 1207, in the city of Balkh in today’s Afghanistan.

He was a professor, theologian, poet and mystic who dedicated his life to God. In his works, he always emphasized that love is the only path man should follow.

The basis of all his teachings is love, and therefore, all thoughts, words, and actions must come from the heart. Rumi was above the idea of religion because he noticed that the base of many religions is fear, which is opposite to love. The best explanation of himself he gave in one of the poems:

Not Christian or Jew or Muslim, not Hindu, Buddhist, Sufi, or Zen.

Not any religion or cultural system. I am not from the east or the west, not out of the ocean or up from the ground, not natural or ethereal, not composed of elements at all.

I do not exist, am not an entity in this world or the next, did not descend from Adam and Eve or any origin story.

My place is the placeless, a trace of the traceless. Neither body or soul.

I belong to the beloved, have seen the two worlds as one and that one call to and know, first, last, outer, inner,

only that breath breathing human being.

He was called Mevlana (the Master) by his students and followers because his mission was to help people reach the state of the evolved human, the state „where one is absent of himself and present with God“. The two most important characteristics in this path are patience and acceptance, and he constantly reminds of them.

Even though he was well educated and highly evolved in a spiritual sense, the real transformation Rumi reached after he met dervish, mystic and a wanderer Shams of Tabriz. They spent only two years together, but the connection between them was so strong that it created outburst in Rumi's creative writing. He wrote almost all his verses after he was separated from Shams. Many of today's scholars argue about the specific relation between Rumi and Shams, trying to put it in a worldly context. But to understand the truth, one must have his connection with any Master, Guru, teacher, or saint.

Shamsudin Tabriz, known by the nickname “the bird” was in the search of the ideal student to whom he wanted to pass all collected spiritual knowledge. After a long search, the right candidate was found in Konya. It was Rumi. Shams saw him the first time when Rumi was 21 years old, but he did not approach, because he taught that Rumi was not ready. The second meeting between two happened when Rumi was in his late thirties. A complex and very special bond was created immediately. Shams was a real mystic, a holder of knowledge from many famous mystery schools of that time, and he was eager to transmit it to the one chosen student. It is very important to understand that the way of spiritual ascension towards Divine love and truth is only possible through direct and personal experience, and this is what Shams gave to Rumi. He helped him reach other dimensions and meet beings that do not live in “our reality”. 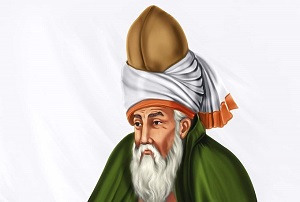 The state of God-human Rumi reached with Shams. With his help, he learned how to leave the Self and transcend into the ocean of Divine's. Shams transferred all his powers to Rumi, and Mevlana found himself in a world he never imagined to be possible.

When “the bird” disappeared from Rumi's life, Rumi struggled with depression and a high sense of non-belonging. He spent years searching for him. After a long time of introspection and inner work, he realized that he was seeking himself. The most beautiful verses in the world came from this relationship.

I circled awhile with each of the intelligences,

the nine fathers that control the levels of spirit-growth.

I revolved for years with the stars through each astrological sign.

I disappeared into the kingdom of nearness.

I saw what I have seen,

receiving nourishment as a child lives in the womb.

Personalities are born once,

a mystic many times.

I've been busy in the market,

Sometimes I have torn the robe off with my own hands and thrown it away.

and I have slept with those who claim to believe nothing on the porches of pagodas,

When someone feels jealous,

I am inside the hurt and the need to possess.

When anyone is sick,

I feel feverish and dizzy.

I am cloud and rain being released,

and then the meadow as it soaks it in.

I wash the rains of mortality from the cloth around a dervish.

I am the rose of eternity,

not made of water or fire or the wandering wind,

I pay with those.

I am not Shams of Tabriz,

but a light within his light.

If you see me, be careful.

Tell no one what you've seen.

The fact that Rumi wanted to honor Shams as his Master by attributing his name to the whole collection of the poems, explains the specifics of their relationship. He saw Shams as his name was-the Sun, shining over his life.

Rumi wrote many prose and poetic works, but he is famous by Masnavi, written in 27 000 lines and The works of Shams Tabriz, with 90 Ghazals.

The story of Rumi and Shams is a true love story. Love that connects, unites and resolves in God. Because God is the way, the station, and the final destination. The night of his death is called a “Wedding night”-because of his final union with Beloved.

This transition Rumi explained before leaving.

For me, this is the time of the joyful meeting!

A curtain is it for eternal bliss.

You saw "descending" - now look at the rising!

Is setting dangerous for the sun and moon?

To you, it looks like setting, but it's rising;

The coffin seems a jail, yet it means freedom.