Home Patanjali – the most ancient psychologist in the world

Patanjali – the most ancient psychologist in the world 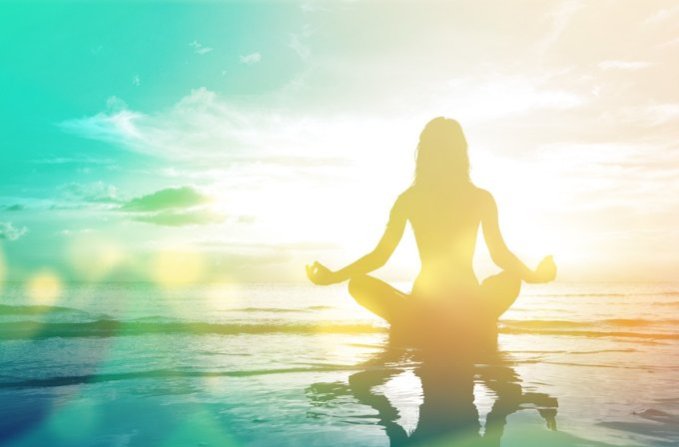 There are actually three rishis known as Patanjali but here we are concerned only with the great Yogacharya (master of yoga), who wrote the Yogasutras, commonly known as Patanjali Yoga Darshana. He is the greatest and most ancient psychologist in the world. Even today there is none greater than him. His works have been famous since ancient times. Yoga has been expounded in the Rig Veda, Upanishads, and Puranas. However it was Maharishi Patanjali who gave it a concise form in his Yoga Sutras.

The word yoga comes from the Sanskrit word, “yuj” to unite or join or merge. The union of the jivatma with the Paramatma is known as samyoga.

The word yoga is commonly bandied about in the modern world and does not have the right connotation. It is actually what is known as Hatha Yoga in India and is concerned with the perfection of physical health and purity with the aid of eighty- four asanas (postures) and pranayama (control of prana through breath).

Patanjali yoga is also known as Raja Yoga and focuses on controlling the mind by the will and aims to eliminate all sources of disturbances in the mind whether external or internal, thus making it responsive to the spiritual reality within. Unlike modern psychologists who think of the ego and the libido as the basis of all mental disturbances, Patanjali explores all the facets of the mind and makes it go on the evolutionary path which is open to all human beings. Instead of degrading the human being into his animal origins, he uplifts him to his spiritual status. This yoga is known as ashtanga yoga since he divides the process into eight parts which he calls limbs.

(1) Yama –these are the disciplines that apply to everyone and are five in number.

a. ahimsa (non-violence in deed, word and thought)

c. asteya (refraining from taking what belongs to others)

(2) Niyama - these are the disciplines that one places on oneself.

d. swadhyaya (study of the scriptures)

(3) Asana is the third limb of ashtanga yoga and means postures.

The main reason for practicing asanas is to be able to master a posture so that one can comfortably stay in it for three hours without discomfort and be able to practice meditation without disturbance to the body.

(4) Pranayama (control of the prana through breath). 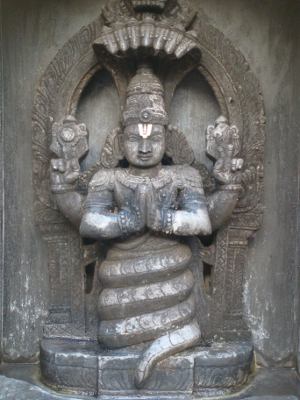 Prana is the vital air or life force. Regulation of prana induces steadiness of the body and mind and promotes peace. Pranayama also purifies the subtle nerve channels known as nadis. This is done by a method of controlling the breath. Many different types of breath control are given but they should be practiced with caution. While practicing, it must be kept in mind that the object of pranayama is the control of prana and not the mere control of breath. There is a close connection between prana and breath which enables one to manipulate pranic currents by manipulating breathing.

(5) Pratyahara (withdrawal of the senses).

This is the control of the five senses by the mind and diverting them inwards away from their respective objects.

These five are the external limbs of ashtanga yoga. The next three are the internal limbs.

The mind is made to fix itself on the object of contemplation until its movements cease. It becomes one with the essential nature of the object and can move no further. It has to be brought back again and again whenever it strays from the path.

This is an extension of Dharana. Here there is an uninterrupted flow of the mind towards the object of meditation. The practitioner masters this stage only if she or he succeeds in completely eliminating all distractions.

This is an advanced state of Dhyana in which the mind totally submerges itself in the object of meditation and nothing else remains. In other words the mind and the object become one.

Patanjali Yoga is often combined with other systems of liberation. Even the Buddhists took it up.

The theory of evolution was well known to Patanjali long before Darwin came into the picture. The manifestation of latent powers is the reason why species evolve. This idea has been well expressed in a few words by Patanjali in the second aphorism of the fourth chapter of his Yoga Sutras. Vivekananda comments on this in his book on Raja Yoga. “The Evolution into another species is caused by the in-filling of nature.” 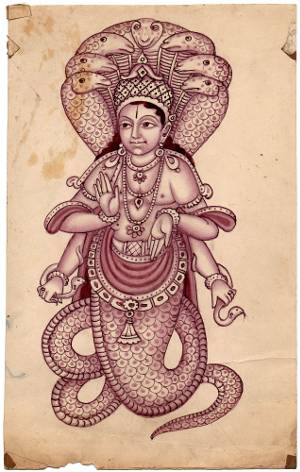 Kapila, the father of Hindu Evolutionists, explained this theory for the first time through logic and science. Nature is filled not from outside but from within. Nothing is superadded to the individual soul from outside. The germs are already there, but their development depends upon their coming in contact with the necessary conditions requisite for proper manifestation. We sometimes see a wicked man suddenly become saint like. There are instances of murderers and robbers becoming saints. Vedanta says that the moral and spiritual powers that remained latent in them have been aroused, and the result is a sudden transformation. None can tell when or how the slumbering powers will wake up and begin to manifest. The individual soul possesses infinite possibilities. Each soul is studying, as it were, the book of its own nature by unfolding one page after another. When it has gone through all the pages, or, in other words, all the stages of evolution, perfect knowledge is acquired, and its course is finished.

When we read a book and we feel interested in a particular page or chapter we will read it over and over again and will not open a new page or a new chapter until we are perfectly satisfied with it. Similarly, while going through the book of life, if the individual soul likes any particular stage, he will stay there until he or she is perfectly satisfied with it; after that he will go forward and study the other pages. One may read very slowly, and another very fast; but whether we read slowly or rapidly each one of us is bound to read the whole book of our life and attain perfection sooner or later. This is the great and beautifully re-assuring teaching of Hindu psychology. No one is cast beyond the pale or damned to eternity.

The father of western psychology, Freud only read the pages of the book of life referring to our lower nature, which passes through each stage of animal life from the minutest bioplasma up to the present stage of existence. Patanjali, the father of Indian psychology showed us the pages which deal with moral and spiritual laws thus encouraging the human being to go forward to find his or her highest potential within our own psyche.