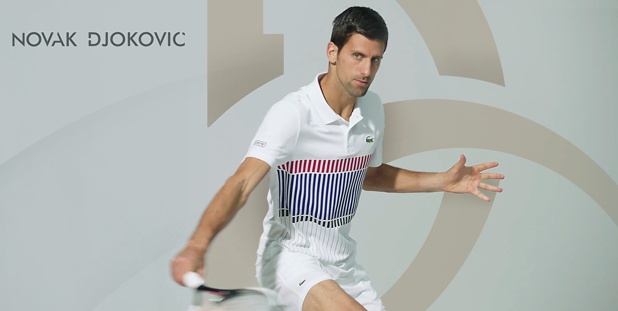 It doesn’t really matter if you are into sports or not, you must have heard about Novak Djokovic. Novak is a Serbian professional tennis player and he is currently ranked as world No. 1 by the Association of Tennis Professionals (ATP).

Djokovic has won 18 Grand Slam men's singles titles and 82 ATP singles titles overall, including a record nine Australian Open titles and a record 36 Masters 1000 events. He is the only player to win all of the "Big Titles" on the modern ATP Tour – that is, all four Grand Slam tournaments, all nine ATP Masters events, and the ATP Finals. In addition, he is also the only player to complete the career Golden Masters, which he has done twice.

He was holding a tennis racket for the first time when he was just four years old. When he was six, he was spotted by a Yugoslav tennis player and coach Jelena Gencic, the same person who was training Monika Seles, a former world no. 1 tennis player. When he was 14, Novak began his international career.

At age 20, he interrupted Roger Federer's and Rafael Nadal's streak of 11 consecutive majors to win his first Grand Slam singles title at the 2008 Australian Open.

Djokovic’s impressive sports career is not the only reason why his fans admire him. His philanthropic activities do not have boundaries.

In 2007, Djokovic founded the Novak Djokovic Foundation. The organization's mission is to help children from disadvantaged communities to grow up and develop in stimulating and safe environments. “By giving every child the opportunity to receive a quality preschool education, we are giving them a chance to flourish. To know the joy of success.” (https://novakdjokovicfoundation.org/)

Djokovic foundation has built 43 schools and supported almost 20,800 children and a thousand families. His charity activities helped in the reconstruction of the Avala Tower, as well as to aid victims of the 2010 Haiti earthquake and 2010–11 Queensland floods. His philanthropic efforts got several international recognitions: he was selected as the 2012 Arthur Ashe Humanitarian of the Year; he was declared as a UNICEF national ambassador and a UNICEF Goodwill Ambassador.

Apart from his world-known career and philanthropic generosity, Djokovic is someone who is setting a new trend where athletes and non-athletes use a plant-based diet to improve performances in all areas of their life. In 2018 he produced a Netflix documentary “THE GAME CHANGERS” featured by himself, together along with Arnold Schwarzenegger, Jackie Chan and Lewis Hamilton. Film was directed by Oscar-winning documentary filmmaker Louie Psihoyos and tells the story of James Wilks — elite Special Forces trainer and The Ultimate Fighter winner — as he travels the world on a quest to uncover the optimal diet for human performance. Showcasing elite athletes, special ops soldiers, visionary scientists, cultural icons, and everyday heroes, what James discovers permanently changes his understanding of food and his definition of true strength. (https://gamechangersmovie.com/)

Novak Djokovic feels comfortable in non-conforming to established social norms. Even though he is an Orthodox Christian and member of the Serbian Orthodox Church, helping Monasteries of the Serbian Orthodox Church in Kosovo and Metohija, Djokovic do not hide that he is practicing Buddhist meditation in the early mornings, claiming that it helps him to conquer his mind: "Though one may conquer a thousand men in battle, the one who conquers himself is the greater warrior." (https://www.espn.com/tennis/story/_/id/13166973/wimbledon-novak-djokovic-power-meditation)

Nova Djokovic is a member of the “Champions for Peace” club, a group of famous athletes committed to serving peace in the world through sport. Through this membership, he wants to give back to the world, the joy and fulfillment he received through tennis. (source: www.sportsfeatures.com). That is why we consider Novak Djokovic as one of the greatest Game changers in the world.