Nikola Tesla. A Brilliant Mind from Another Galaxy. 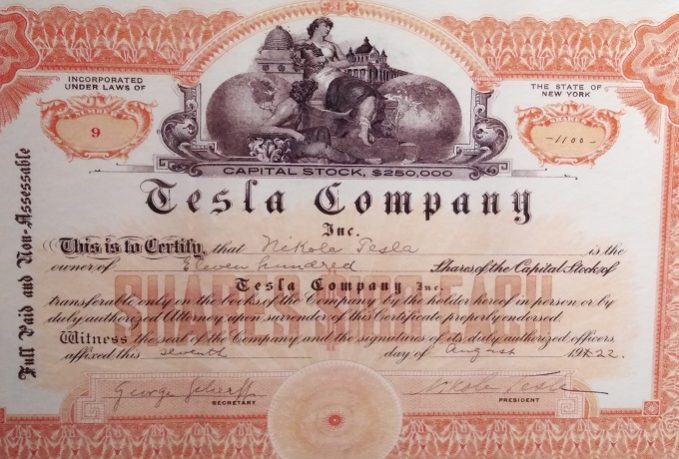 Of all the things written about Nikola Tesla, I simply love the book entitled “The Man Who Invented the Twentieth Century: Nikola Tesla”, written by Robert Lomas in 1999.

The book is perhaps the most appropriate short answer to the question, who was Nikola Tesla?

Tesla was born on 10 July 1856, in Smiljan village, close to Gospic, in modern-day Croatia.

Tesla was raised in an orthodox family. His father, Milutin Tesla, was a priest, as was his maternal grandfather, Nikola Mandic.

His mother, Georgina Đuka Tesla, was a homemaker and inventor. Tesla had always emphasised that he got his talent from his mother: she was the one fixing things around the house. Besides, she loved to build new tools and appliances, to help her with everyday tasks. As a child, Tesla was stunned by her skilfulness and ability to work all day, taking no breaks. 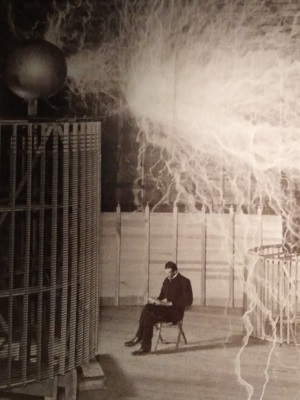 Tesla was one of five children. At the age of five, he suffered a personal tragedy: his older brother Danilo died.

Memories of that day never evaporated from Tesla's heart.

In elementary and high school, he was an average student, until he met a professor of physics named Martin Sekulic, who demonstrated electricity exercises and taught him the possibilities of the “magical force”.

Milutin Tesla was a priest; he wanted his son to join the priesthood. Tesla, however, was interested only in physics.

Tesla contracted cholera and spent almost nine months in bed. His father made a vow: he would let his son pursue his interest in physics if he recovered fully.

The nine months proved to be a very powerful experience for Tesla. He spent most of this time reading Mark Twain's books and doing breathing exercises.

Later on, he often referred to this period, indicating how very important it was for his personal growth and development.

In 1875, Tesla enrolled in the Austrian Polytechnic in Graz, Austria.

He was one of the best students and had the unparalleled dedication.

But his student days were not all good. He started gambling obsessively in his second year at university. He lost his scholarship and soon dropped out.

In 1881, Nikola Tesla moved to Budapest to work for the Budapest Telephone Exchange. Soon he became a chief electrician.

After a spending year in Budapest, he found a job in the Continental Edison Company in Paris. His experience there took him to the United States.

In July 1884, Nikola Tesla emigrated to the US.

At the end of the project, even though he did more than what was expected, Tesla never got paid. This act, which Edison explained as an “American joke”, affected Tesla deeply. Soon, he started a personal battle against Edison.

Tesla’s untiring efforts gave the world many great inventions such as the AC motor.

A watershed moment in Tesla's life occurred at age 39, when he met his spiritual father/guru, Swami Vivekananda – a yogi and promotor of Vedanta.

This meeting changed Tesla in many ways. He was always obsessed with the forces of nature and spent a lot of time just studying and observing natural phenomena.

In the Vedas, he was particularly interested in three elementary concepts: energy, matter and time.

Nikola Tesla was an introvert; he liked to spend his free time only with people he deeply cared for and was fond of. In his laboratory, many famous people tried his inventions and were able to witness the miracles of science first-hand.

Tesla was a vegetarian, connected with nature, and his seva was feeding pigeons daily.

Tesla was not interested in money: he spent all his savings on his inventions and on patents.

Aware of people's maleficent intention to steal his works, Tesla once said: ‘The present is theirs; the future, for which I worked, is mine.’ This statement, in characterising this revolutionary mind, seems to echo the voice of futurity itself.

If you want to know more about Nikola Tesla, visit:

Jan 23, 2020Editorial Team
The Role of Awareness in LeadershipThe Ramayana: Transformation of The Reader