Extracted from “Enlightenment and Dissolution” by Mohanji,

QUESTION: What is Enlightenment?

MOHANJI: Enlightenment cannot be easily explained in words. Enlightenment happens, when the ground is set for its landing. It happens, when doing-ness stops and being-ness takes place. It happens in the absolute level of equanimity, where the ego element remains completely nullified. It is a shift in awareness. Enlightenment is a big leap. This means a leap from limited awareness, to unlimited awareness. From the state of limited body consciousness, its attached mind consciousness and its intellect and ego, to unlimitedly expanded awareness state. The awareness is in 360 degrees. You are aware of everything around you and the bodily boundaries are blurred. This happens when the same mind that goes for a stroll with the senses merges and dissolves with the soul instead. Deeper unity and total awareness take place. 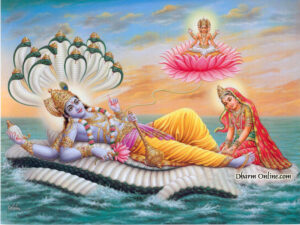 QUESTION: Is the actual experience of Enlightenment describable?

MOHANJI: It is not. Words are far too shallow to explain an experience such as the explosion of silence or cosmic consciousness. Many people have attempted it. Paramahamsa Yogananda does it in the ‘Autobiography of a Yogi’. Usually, silence slides in after the experience and the need for expression gets erased. For many people, the need for communication itself gets erased. There is nothing to do, nothing to prove, nothing to say. Everything just is. Everything is a part of our existence and we are part of everything too. In such condition, there is perfect stillness and supreme perfection. How can anyone explain such a state? Even if someone does, it will only become a theory in the reader’s mind. Moreover, Enlightenment experience is not the same for all. It differs from person to person. It differs with each person’s individual constitution. It differs according to the Sattwa, Rajas, Tamas combination of the individual who undergoes the shift. So, even though a general idea can be given about the experience, like Paramahamsa did, it is not really describable.

QUESTION: Is enlightenment the final? Then what?

MOHANJI: Enlightenment is like a graduation. You have arrived at a different level of existence. Then, before complete liberation, there are still miles to travel. However, the push of the mind for results will not be bothering you and hence the journey will be more pleasant. So, once the shift of higher awareness happens within, the path ahead becomes fully illumined.

Two main parallel things happen, quite simultaneously. One is the self purification and dissolution, and the second is the repayment of debts to the Mother Earth. This is the most treacherous time. First of all, the grossness and street-smartedess of terrestrial existence is less. And secondly, the enlightened one has to live with the gross society while existing in his/her subtler state. People get tossed around a lot, in this state.

For most Yogis, who have already shifted from Karma to Dharma, terrestrial interaction is only a self-less service, SEVA. Then again, high level of equanimity and self-control is necessary. This is easier for a woman than a man, because, men get lured by sight (Visual oriented-ness) and women get lured only by touch or feeling. Many Yogis fall. We have seen that happening time and again. This is also because, even though the enlightenment has occurred, the subtle samskaaras (impressions) still exist in the deeper layers. This provokes desires for enjoyment of sensory pleasures, if he has not grown beyond it. Even if they have grown beyond it, often, they reflect those who come into contact with them, as a truthful mirror. They express the other’s samskaaras, take it over and eventually suffer from that. This is mainly on two matters – Food and Sex; the two aspects that bind all species and human kind especially on terrestrial plane. If food is considered as sustenance to maintain the physical form and sex to maintain the species, man stays objective and unaffected by its lures. When it slips into greed and lust, man falls. Sometimes, they even pretend that they are immune to everything and perform the mischiefs in disguise. This pulls them down completely.

Many people who have tasted liberation, prefer to escape into anonymity and isolation. They do not stay at the same place more than three nights and do not eat from the same plate etc, to avoid any attachment. This truly helps. But, it is not easy. Not everyone can do it.

QUESTION: Can you define gross?

MOHANJI: Gross means gravity. Gravity only affects the gross or the dense. When the elevation in consciousness happens, lightness also happens. Gravity or pull of earth is reduced substantially. Each sheath of human substratum has various degree of subtlety. Each sheath is prone to some amount of terrestrial gravity, binding or, simply put – pull. As we shift from gross food sheath (anna maya kosha) to the mind sheath (mano maya kosha) itself, the gravitational pull is reduced in a subtle way. Then, through the shift to other sheaths, till bliss sheath, (ananda maya kosha), the transitions reduce dependency on earth. Thus, stage by stage, man attains liberation. As he transcends each sheath, his gravitational pull also gradually gets reduced. When you become the soul, there is no gravitational pull. Only the karmic baggage is prone to gravitation. From gross body to the state of our soul, through the sheaths, man transcends. This is indeed a long journey. Faith and Purity will accent the momentum and help the journey. In the journey, many obstacles will happen, triggered by Samskaaras and Vasanas (subtle impressions with emotions attached to them).

In the journey, many Masters will come as road signs to guide you to walk the right path. Many lower beings will come forward and confuse you too. You are free to choose your path, as options are available, based on your tastes, even though the final destination is the same for everyone.

QUESTION: Can you talk about Dissolution vs. Enlightenment?

MOHANJI: Sure. So, enlightenment takes the awareness to the level of the soul. One who is enlightened understands the symmetry of the larger life behind his regular existence. Enlightenment does not automatically take one to dissolution.

Dissolution is still an ongoing process. Dissolution is again, a sheath by sheath process. Impressions of numerous lifetimes have gotten stuck in the web of existence and our sheaths. In the place of action, impressions of thoughts, words and actions of generations lay preparing the rope for further action. Just like the external world, our internal world also has similar patterns lying deeply embedded to bring forth life to thought, word or action. True liberation happens only once deep and complete cleansing happens on various levels. Enlightenment helps this process, because the awareness is much higher at that state and it gives clarity, understanding and, essentially, objectivity from emotions. Aside from the embedded impressions from the sheaths, detachment from elements is also essential. This happens by itself. When awareness improves, elements – which are gross in nature, release its grip slowly and steadily. Remember, the lure of the terrestrial world is always waiting outside the doors of your senses. You have to constantly fight them with higher awareness and not by suppression. Suppression is not eradication. Existence without temptations -not needing any of it, even if it is available – is what helps this process.

Higher awareness is the key to detachment. When the grip of elements is less, man’s dependency on food, water, and a prescribed space for existence also gives way. He can then survive on universal energy. Ancient Masters have mastered the art of surviving without food or water and thought process. This is possible and indeed real. So, path of dissolution is long and winding. But, eventually, everyone must walk this path.

QUESTION: Can Complete Dissolution happen in one life time?

MOHANJI: Yes. But, it does not happen because emotions and attachments creep in with each new life, even if we are very careful and controlled. How could Menaka lure Vishwamitra into having a physical relationship with her? So, the path is very, very narrow and risky. It usually takes life times to eradicate all impressions, desires, and dreams to liberate the man from the need to be on earth. If the desires are earthly, he should be here. So, he keeps coming back.

The final is the debt that he must repay for using the facilities of the earth. That can be achieved only through self-less service for the mother earth and its children, which means all beings. The tool for accomplishing that is Unconditional Love. Complete liberation is a process. The deeper the silence in the Master, the deeper is His detachment. Desire to prove or talk is only on the surface, and that too, towards the shore, like waves of the ocean.

If a man talks too much, usually, he is surface-oriented, and does not have much depth. He will come back again and again till silence deepens and takes over. Silence does not mean physical silence. Silence means the silence within or lack of any mental activity. Switching over to dharmic life precedes complete liberation. He will need nothing from earth. He will give all what he has to the earth and its children. His existence will not hurt the earth. It will only soothe the earth. His walking on earth will make the trees, plants and animals of the earth rejoice. Big cleansing happens to everyone and everything, just by His sheer presence and existence.