Mohanji – Philanthropist, Humanitarian and Friend of the World

Welcome all! This issue of The Awakening Times is dedicated to Mohanji; philanthropist, humanitarian and friend of the world. I have had the privilege of knowing Mohanji for almost 10 years and have spent extended periods, sometimes for weeks at a stretch in close contact with him, with gaps of weeks or even months in between; which is to say that I have seen the constancy of purpose with which he lives his life. It is a life lived entirely to a purpose and that purpose is to spread the message of liberation from anything which binds, from the turning wheel of birth and death and rebirth and redeath and to exemplify a liberated existence: For one who is free, for one who needs nothing, the only expression, the spontaneous expression, is selflessness and service. I’ve had glimpses of Mohanji’s vision for the world and in it, there is a glorious flowering of kindness, compassion, independence, freedom; an outpouring of light and creativity in an atmosphere of love and of peace. 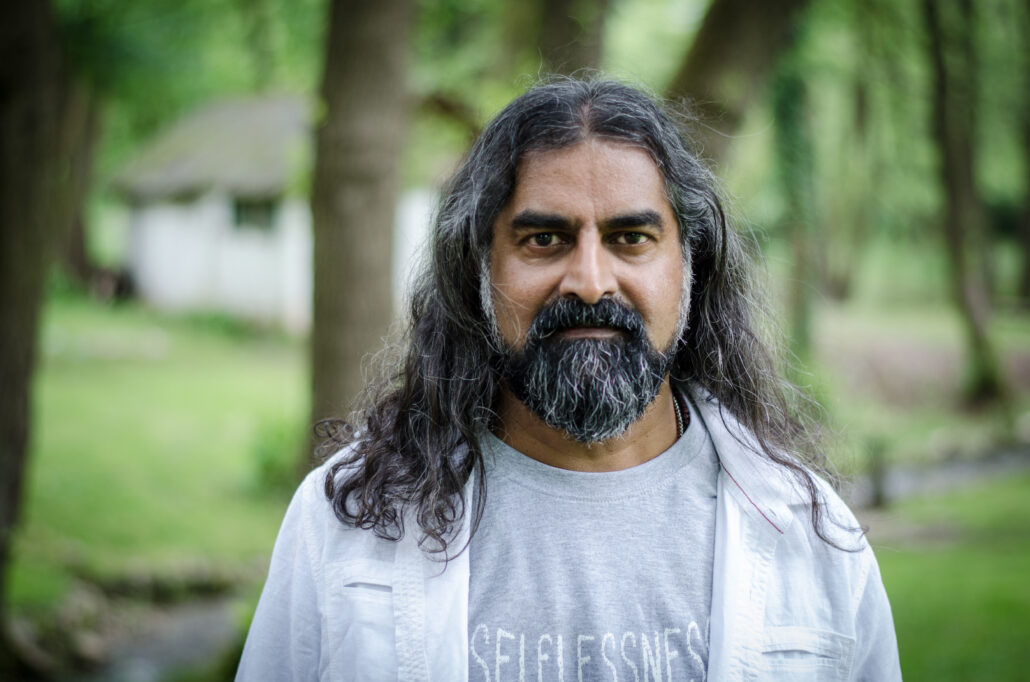 The liberated state is universal, accessible to anyone who wants it, and yet for all that commonality, it is also highly individual, personal, nothing generic. Mohanji respects and honors the unique make-up and temperament of each individual and fosters the evolution of each person’s consciousness according to their capacity and personality. Beyond that, he respects and honors individual talents as well and facilitates the expression of each person’s noblest innate qualities through the medium which best suits them.

This is why he has created so many platforms for service and empowerment. Following the tragic death of his daughter Ammu in 2000, he founded Ammucare Charitable Trust in India, known as ACT Foundation in other countries, under whose banner thousands have gathered and put forth their energy and resources in service to beings of the world, and in the process purify and uplift themselves. This is a strictly social group so as to make it a vehicle for those who wish to serve without any associated religious or spiritual overtones.

There is Mohanji Foundation, which seeks to add value to the world, through Mohanji’s teachings, methods and various other initiatives that empower people to transform and reinvent themselves. The Foundation has made available several meditations, blogs and podcasts, all free, since Mohanji considers spirituality to be priceless. 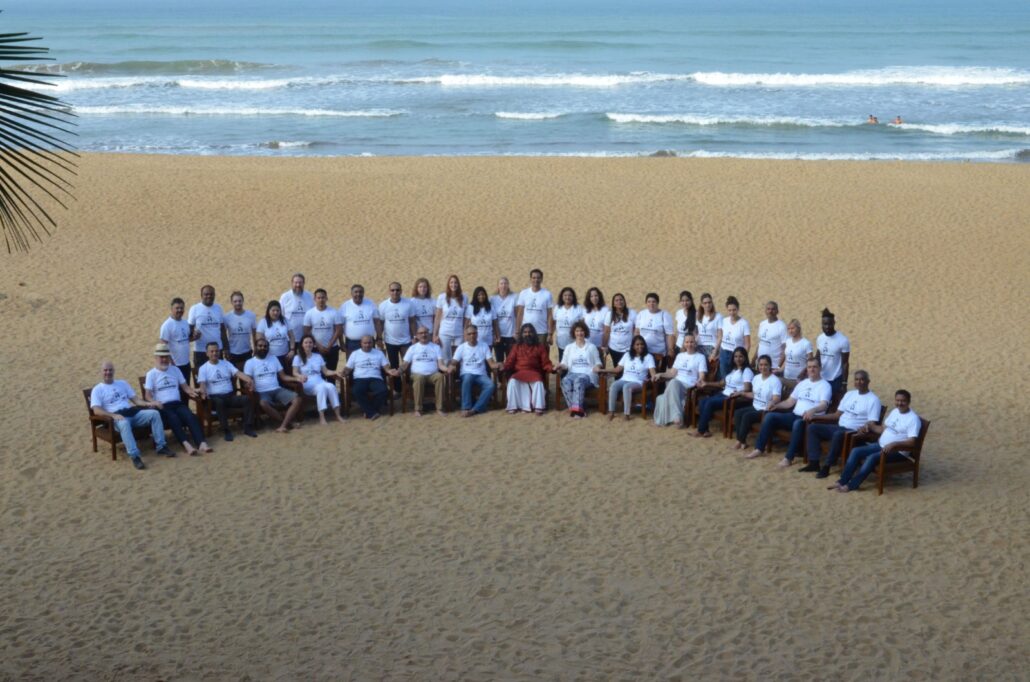 Aiming to support more and more people worldwide who seek his guidance and help, Mohanji initiated 100 people from all continents, to spread his teachings by leading by example and spreading the light in the world. This is how Mohanji Acharyas became the representatives of his teachings. They dedicated their life to serve the world and they are acting globally carrying his presence without his physical presence, sharing all Mohanji’s techniques and contributing to the collective elevation of society towards higher awareness, and ultimately, liberation. Read more about Mohanji Acharyas here: www.mohanji.org/mohanji-acharyas/

In addition, there are the Mai-Tri practitioners, people who have been empowered by Mohanji to heal, to bring lightness and relief and release, very often from things which we don’t even know we are holding on to. Mai-Tri method has help hundreds of people worldwide with its cleansing and harmonizing effects. Find out more about Mai-Tri effects and benefits here: www.mohanji.org/learn/mai-tri-method/

When speaking about the great spiritual and scientific traditions of the ancient world I once heard Mohanji lament that the loss of Sanskrit in India was more than a loss of language, but a loss of culture, a culture of subtlety and enlightenment. He would also say that what is original and traditional can never be replaced or adulterated, be it yoga, dance or martial arts. His answer to this was to create the Himalayan School family of institutions, whose mission is to preserve and pass on ancient Indian knowledge in an undiluted form, which is to say, to preserve and pass on their transformative potency. Read more about HSTY here: www.himalayanschool.com

A couple of years back, he felt that any transformation of society could never be accomplished unless the youth of the world bought into the purpose. He also recognised clearly that a spiritual message would not appeal to these constituencies. The answer: a new platform called the World Consciousness Alliance, which seeks to uplift awareness and spread the highest human values through performing arts, visual media and other such approaches. Find out more about the WCA here: https://www.wca.earth

During the Covid-19 pandemic, I know many were ruing the sudden disruption to well-established modes of living and blaming all and sundry, from God to their neighbors. And there was Mohanji, exhorting everyone connected to him to go digital and reach as many people as possible, bringing hope and positivity to their lives. Though I didn’t interact with him directly in this phase, talking to other people in the Mohanji family and watching the hubbub of activity, I couldn’t help remark to myself that Mohanji is not really a person. He is a mission. He is a purpose. He is a platform. How else could you explain the pace at which new initiatives were launched during the heights of the lockdown? Early Birds Club – a global club focused on encouraging people to wake up early, stabilise themselves with a carefully constructed routine and transfer that inner stability back to the world: https://www.earlybirdsclub.org/

A new global platform called Act4Hunger, uniting various initiatives within the Mohanji group (and beyond) focused on feeding beings of the world, beyond any barriers or divisions: www.ammucare.org/act-4-hunger 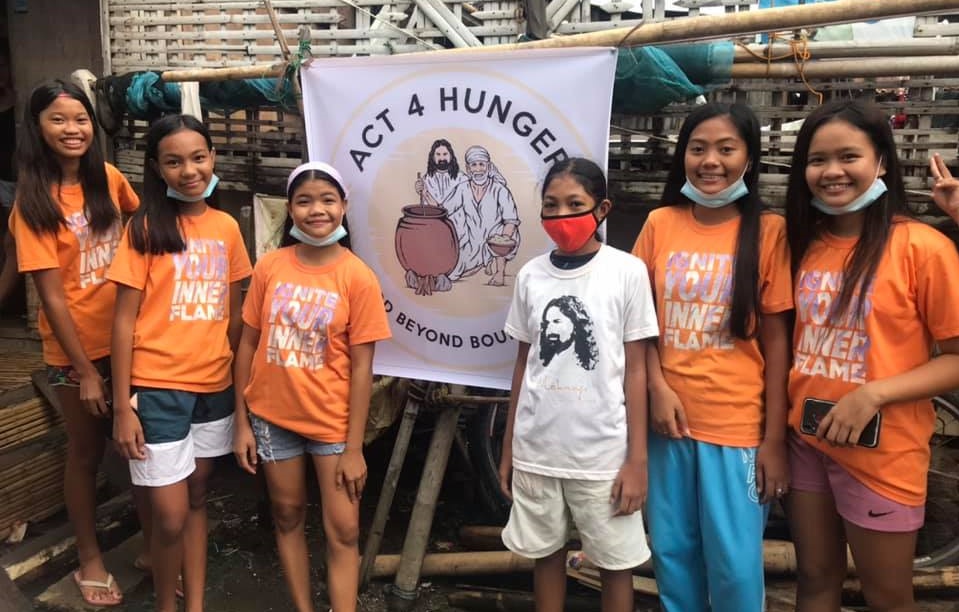 I suspect that in the coming days and years we will see many more such platforms of service and empowerment. As I said before, I have only had glimpses of Mohanji’s vision and cannot but guess at how great a force for positive change he and those he has touched will be. Looking back at the last decade or so, I am awestruck by what Mohanji has accomplished by what a tangible difference he has made and wonder how he did it, how he continues to do it. The answer is simple, he lives by his own teachings and in this instance, the teaching is to live your life in such a way that you never ask yourself, ‘What can I do,’ but instead you ask yourself, ‘What more can I do?’ This implies a level of consistency well beyond what we usually encounter and well worth striving for.

In this month’s issue you’ll read about these amazing organisations from the amazing people who are serving and growing through these platforms every day.