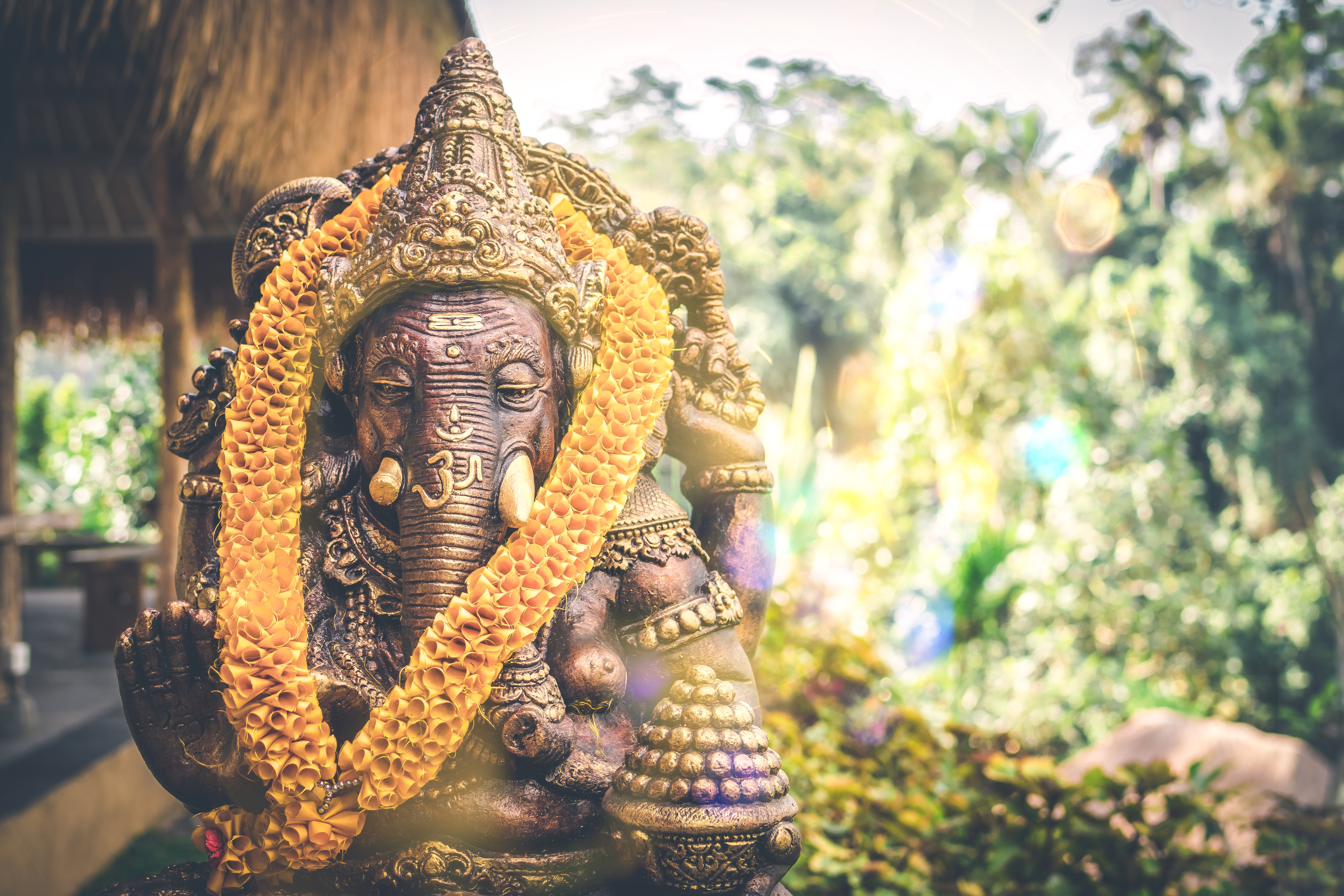 Lord Ganesha has a universal appeal and the principle that He represents touches the hearts of everyone in every walk of life as much as it does a yogi on the spiritual path.The primordial sound “Aum”, when represented pictorially, resembles the trunk of Ganesha.

Ganesha is visualised as the custodian of Root chakra or Muladhara chakra. The saint poetess Avaiyar describes Ganesha as the Guru principle, the one who initiates the Kundalini energy to rise above and reveal the knowledge of the supreme self.

Ganesha assumes myriad forms and can be cherished by one and all by connecting to one or more of his many facets. For instance, Ganesha is seen as Nritya Ganapathi (Dancing Ganesha), Bala Ganapathi (Adorable child), Siddhi Ganapathi,(The bestower of Siddhis) or Yoga Ganapathi (The ascetic one) to name a few.

In India, it is customary to offer our salutations to Lord Ganesha at the beginning of any auspicious event. It may seem like a ritual but when one grasps the inner meaning, it is of great significance in the path of spirituality.

The most important aspect of the act is Surrender. But why Ganesha, one may wonder!Mohanji sheds light on this aspect. Ganesha’s elephant head represents the cosmic consciousness or Rithambara Buddhi. When the limited self identifies with the ego and personality, it cannot perceive the vast, unfathomable potential of the soul. By honouring Ganesha, the one who represents that unborn, infinite bliss, one can connect to the infinite dimension of the soul that is as grand as the mighty elephant.

Personally, Ganesha enthrals me with the captivating elephant head. To me, it is a reminder of the immense power and courage one can exhibit while being gentle and majestic at the same time. Power is usually associated with carnivorous animals but the Elephant possesses immense strength and is a herbivore!

Even the act of offering a coconut or the traditional practice of breaking the coconut as an offering to Ganesha has a subtle meaning, upon reflection. It means that we have to break free from the shackles of the mind to unleash the power within. While coconut has a hard exterior, once the outer shell is broken, it reveals a pure, soft interior, just like our own. We may all have hard layers that are a concoction of all the negative emotions we store up such as anger, hatred, jealousy, greed, boredom, sadness etc. However, when we go to the core of our self, all that can be found is divinity.

The Modak that Ganesh is offered represents the pure soul concealing the sweetness of the divine. Ganesha is indeed a favourite of artists too. Art, to be experienced in its full splendour, presupposes that the artist fully surrenders to the art. Surrender is the act of dissolving the limited notion as a personality into that of being one with the art.

May we celebrate the sweetness of our true self and endeavour to spread this fragrance of true love by soaking in the myriad dimensions and possibilities that Ganesha represents.