Home Lessons from the Life of an Enigma: Part Two

Lessons from the Life of an Enigma: Part Two 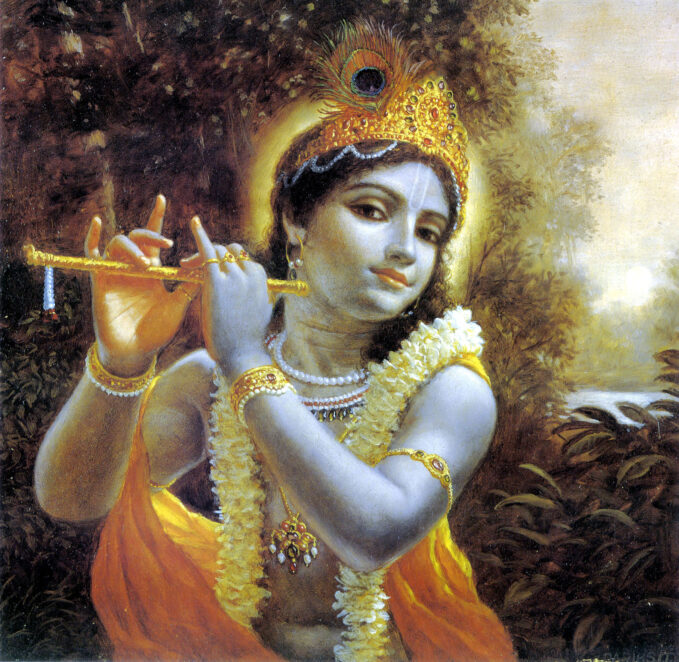 It is rightly said that anger is brief lunacy. Anger can have a productive role; however, to be angry to the right extent, for the right reason, with the right person – this is verily an art and the reserve of those who are in complete awareness and have unconditional control over their passions. History is replete with accounts of the formidable consequences of unchecked anger.

Consider the following tale from the Ramayana: Surpanakha is the vile sister of the malevolent king of Lanka, Ravana. She is a demoness with a profoundly ghastly appearance. When she sees Rama, she is instantly seized with animal desire. She transforms herself into an irresistible beauty to woo him. But Rama tells her that he already has a wife; he tells her to instead approach Lakshmana, his equally handsome brother. Surpanakha is rebuffed by Lakshmana as well. Spurned thus, Surpanakha attempts to attack Sita, the tender, amiable wife of Rama. Lakshmana checks Surpanakha and lops off her nose and ears. Her pride wounded, Surpanakha flies off back to her brother. She mocks her brother’s valour and, in the guise of offering him salutary counsel, describes the beauty of Sita, concluding that unless Ravana seizes Sita he might as well consider himself a eunuch – a mighty insult for a warrior! Surpanakha was angry that she was unable to obtain Rama; she insults Ravana, rousing both anger and greed in him. Surpanakha’s husband had been slain by Ravana; by stoking Ravana’s lust, she finally got an opportunity for revenge. Ravana abducts Sita, prompting Rama to attack Lanka. Ravana and his whole family are subsequently decimated in the ensuing battle… all the result of a complex interplay of unchecked emotions.

Krishna instructs Arjuna that anger is the result of thwarted desire. Desires are inevitable in as long as one is conditioned. If one desire is fulfilled, more desires arise in its wake. Thus begins one’s downfall as a result of greed. Then again, if a desire is not fulfilled, one becomes angry and embittered.

All beings are compelled to act. And all actions have consequences. However, it is possible to act and be free from karmic consequences of any kind. The Upanishads hold that more important than what one does is the mentality with which the action is performed. One might perform acts of charity as an anonymous donor; however, if one lets slip – even inadvertently – that one has done something for the upliftment of society, impressions are created for the future. The following is perhaps one of the most famous verses in the Gita:

One has a right to perform one’s prescribed duty; one is not entitled to the fruits of action. Do not become the agent of the results of action, and never develop an inclination for inaction.

As our beloved Parabrahman tells us, we must consider that all actions are happening through us. Renouncing all sense of doership, we become free from impressions. Attachment to the result is an obstacle in the path of salvation. All are duty-bound to act; hence one might as well perform all actions without attachment or aversion.

Pain and pleasure are unavoidable in the phenomenal world. Day and night, heat and cold, good and evil… the world is full of duality. Natural phenomena such as birth, disease, old age, and death give rise to a plethora of emotions. While all of us seek joy alone, sorrow in unavoidable. Attachment to pleasure creates a fear of misery and adversity. Racial violence and various forms of intolerance are the results of simmering hatred born of illogical notions of what constitutes the normative.

A person is said to possess steady wisdom when their mind is undisturbed in sorrow. Such a person does not crave happiness and is beyond attachment, fear, and anger.

Krishna instructs Arjuna that one who is swayed easily by the constant changes in the phenomenal world is bound to have an uneasy existence. If, on the other hand, one accepts everything in life with a spirit of dispassion, one develops equanimity, which enables heightened self-awareness.

It is worth bearing in mind that one cannot run away from conflicting situations to avoid discomfort. There once lived a powerful ascetic named Saubhari. He practised severe penance in the deep waters of the Yamuna river, confident the aquatic environment would hold no distractions for a human. One day as he opened his eyes after a prolonged period of meditation, he saw two fish mating. He was suddenly possessed of an urge to marry. He abandoned all his spiritual pursuits and emerged from the water. And he ended up taking fifty wives! After having several children from each of his many wives, one day, Saubhari finally returned to his senses, realised the true cost of his misadventure, and returned to perform austerities.

The lotus flower stays in the water, yet it does not get wet. Thus, one of steady wisdom is very much in the world, but not of the world.

Those who worship me with exclusive devotion, meditating on my spiritual form – I fulfil all their needs, as well as preserving what they have.

There are various paths to spirituality. However, throughout the Gita, Krishna extols the ease and effectiveness of bhakti, or one-pointed devotion. A devotee constantly thinks of their chosen deity and performs all actions as an offering to Divinity. All events in life – favorable or otherwise – are accepted cheerfully as the will of Divinity. The path of devotion is thus an especially effective approach to avoid creating impressions.

Learn the Truth by prostration, submissive enquiry, and service. Those who have realised the Truth can impart it to you.

A knower of the Truth is a beacon of light for those groping in the darkness of ignorance. Throughout the ages, realised Masters have always appeared to guide sincere seekers. And they shall continue to do so. All perceptive individuals are bound to ponder over the nature of human existence: why we born, why we suffer, why we die. Considering life is interspersed with joy and suffering, an interrogation of the true nature of life is unavoidable – even if only momentary.

Since a Master is existence personified, it is enjoined than one approaches them with humility and a service mentality. The paths to freedom are many; accordingly, there are several Masters. When the student is ready, the Master appears.

In the Srimad Bhagavatam is the story of a king named Jada Bharata. Having grown old, he entrusted his kingdom to his son and retired to the woods to pursue a life of renunciation. Forsaking the pomp and splendour of royal life, the king built for himself a small hut and subsisted on fruits and roots. He frequently sought the company of wandering mendicants and began turning inward. One day a heavily pregnant deer came to drink water in the river adjoining his hut. He was meditating deeply at the time. The roar of a lion was heard in the distance. In extreme fear, the deer made a big jump to cross the river. The exertion proved too much for the poor creature. She gave birth to a little fawn and immediately dropped dead. The fawn was being carried away by the strong current. The king rescued the hapless fawn and took it to his hut. He fondled the animal with love. He started rearing it with much affection.

All the king’s time was now spent in attending to the fawn and worrying about its whereabouts. The creature grew into a fine deer and wandered about freely, leaving its protector ensnared in the fetters of worldly affection. In due course, as death gripped the fragile frame of the king with his icy fingers, all the king could think of was his deer. And sure enough, in his next birth, he was born a deer. Fortunately, on account of his pious deeds, he was able to remember his past life and spent his time in the hermitages of learned sages. The king was born again as a human and only then attained salvation.

Interestingly, since the final thought is always in reference to objects previously contemplated upon, one must train the mind to focus on only that which is permanent and conducive to one’s eternal welfare. For death can come at any time.

Sep 29, 2020Editorial Team
The August issue of the Awakening Times is Out!Archaeology of the Soul, Part 6