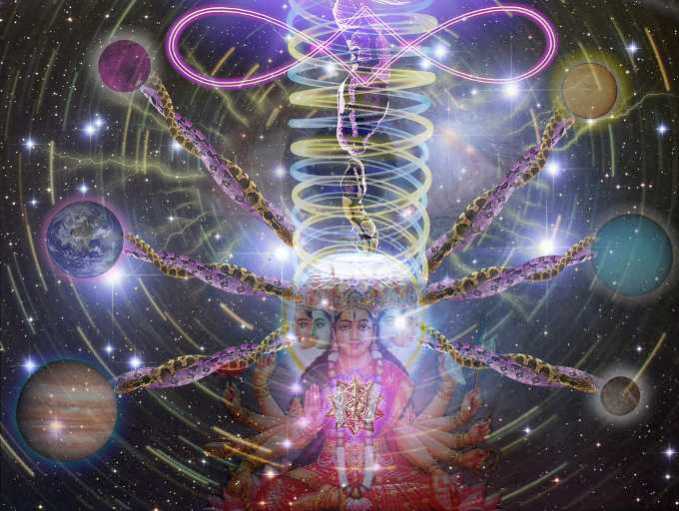 Kundalini Maha Yoga means literally "Kundalini Great Yoga". In the history the sanskrit term "Maha" has been used for describing Yoga that includes combination of the main yogic divisions such as: Bhakti Yoga, Jnana Yoga, Karma Yoga, Hatha Yoga etc. Kundalini Maha Yoga though relatively unknown under this name in remote past has been part of the higher spiritual practices, crowning the sacred relationship between Guru (The Master) and Chela/Shishya (disciple, student).

The word is of the initiation known as Shaktipat (Shakti - energy, Pat - Descent) which is the foundation of this kind of practice. After Shaktipat, the Kundalini Shakti (the primary force) is awakened in one and during the practices Shakti is unfolding from within leading one naturally to the spiritual fulfilment the potential of which is embedded in every being. In the process of unfolding according to one's tendencies and samskaras (mental patterns, or karmic seeds if you like) Kundalini Shakti is creating conditions (inner and external) for their release thus paving the way for the transformation of consciousness.

Often Kundalini Maha Yoga is called also Siddha Maha Yoga (Self-accomplished path) for its spontaneous, natural evolvement of the different paths best suiting the indivudual in the particular moment of his development. It happens through Kundalini generated processes named 'Kriyas' - involuntary processes of Hatha Yoga - postures (asanas), breathing (pranayama), gestures (mudras), Mantra yoga - chanting of mantras, Laya Yoga - different states of absorption in the greater reality, Raja Yoga - in sense of accomplishing    citta-vrtti-nirodhah (restrain of vrittis - mind's oscillations, waverings, that obstructs one to access the real states of affairs - the things as they are, free of false impressions and impositions - upadhis that are like blots on the mirror of consciousness) which is in fact the real aim of yoga and yoga by itself.

Other name for Kundalini Maha Yoga is Guru-Kripa Yoga (Yoga of Guru's Grace) for reasons stated above already.

In short, this kind of yoga is based on the inner guide of Shakti - so called Guru-shakti and doesn't depend heavily on any external, learned techniques (though it includes some to enhance this natural inner activity of Shakti) or any imposed philosophical doctrine or religion. That's why it can be interpreted through different darshanas (point of views, thoughts) but nevertheless it can't be realized but through practice and personal experience. Hence we are able to understand why it has been brought out in the open (before - strictly reserved for few qualified) - it is easy accessible but on the other hand that shouldn't delude us of its serious purpose. 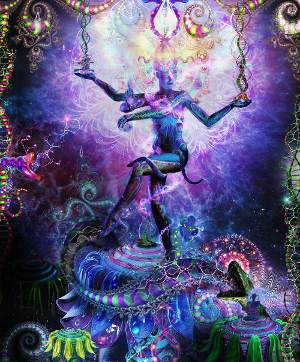 However herein lies the risk of it being profaned and vulgarized down to the mass levels - something that has befallen many other spiritual Eastern teachings when touched by the Western society of consumerism and materialism, far from its authentic spirit. It is up to the competent teacher and to the competent and sincere student after all to preserve it from distortions and it is up to the spoilt, self-centered individual (like many "students" in the West) to ruin it and deceive the real seekers of spirituality.

Once again, in this train of thought it must be strongly emphasized that Kundalini Maha Yoga in its authencity is not self-indulgent type of practice which demands nothing of the student's part. To people with surface tendencies it can be just starting, opening practices for spirituality,  to people with average intentions it can be just development and maintaining of their harmony in the society and to people with strong commitment to the spiritual path it will be means for full transformation requiring years of intensive practice under a master-hand.

Few words also on the practice - as already said, it is self-generating, self-evolving process but alongside it must be firmly supported by daily conscious practice of self-observation (or mindfulness if you like), observing the yama and niyama (Dont's and Do's) in daily life - the foundations of yoga as depicted by Sri Patanjali, working in selfless spirit (karma yoga) and japa - chanting of mantras given by the Guru (mantras have great importance in this kind of yoga - usually different mantras are given at different stages of evolvement of student, along with the guru-mantra. There are very powerful mantras that help immensely the process of unfolding of shakti within).

Of great importance is also guru-bhakti (faith and surrender to the Sadguru which is central in KMY). Process of learning and mastering different arts or disciplines always requires this kind of faith, and this is specially true in the spiritual path. More so, when one is dedicating his life to get rid of his egotism and undergoing severe release of past attachments, passions, misconceptions, prejudices etc. a helping hand of a Master who knows the way out is always needed.

Feb 14, 2016Editorial Team
A Mother Civilization predates all ancient civilizations on EarthWhat are the Stages of Enlightenment and What are They Like?