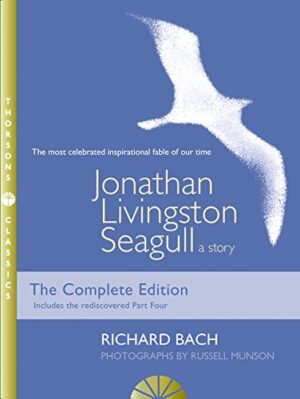 Jonathan Livingston Seagull, written by Richard Bach and lusciously illustrated with photos by Russell Munson, was initially published a series of short stories in Flying Magazine and eventually as a novella in 1970, after the manuscript was rejected by several publishers.

It tells the tale of a seagull who is obsessed with flying, with understanding and attaining excellence in flight; flying faster and further, performing ever more complex and precise aerobatics. His passion and curiosity are all consuming; his is a life relentless experimentation and practice. Darkness, cold, hunger and repeated failure have little or no relevance. Out of concern, his parents try to persuade him from his flying practice and urge him rather to remain among the Flock, whose lives center entirely around scavenging and scrabbling for bread crumbs and fish parts left by the local fisherman’s boats. He makes an honest go of it, but finds the drudgery of a purely survival centric life insufferably pointless, and returns in short order to his far sky, alone but content. Jonathan flies for the sake of flight, whereas the other gulls fly only for the sake of food and see nothing beyond the day’s meal.

One morning he makes a mistake; while experimenting with high-speed flying, he rockets out of control right into the heart of the Breakfast Flock and it’s only by blind luck that he manages not to hurt himself or anyone else. He is exiled by the elder gulls after this incident. He is astonished by their lack of understanding, astonished by their lack of awe at the fact he had flown faster than any gull that ever lived, he cannot understand their lack of excitement about their own flying potential.

“… one day, Jonathan Livingston Seagull, you shall learn that irresponsibility does not pay. Life is the unknown and the unknowable, except that we are put into this world to eat, to stay alive as long as we possibly can.” 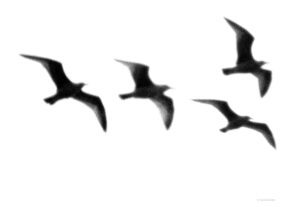 Jonathan is saddened by his exile, but his practice continues and he keeps reaching for ever greater heights and speeds and precision aerobatics. Eventually his skill as a flyer means that he is able to dive deeper and reach delicious fish, and go farther inland to reach tasty insect. He learns to fly even while sleeping and covers huge distances in a single night. In these and other ways, his passion pays for itself, with interest, and he experiences a life of spacious freedom far beyond what his old friends and family could have imagined possible.

The journey continues and he eventually shifts into a dimension much higher than the one he was familiar with and in which he had learned so much. There he finds other gulls that are even better flyers than he is; kindred spirits. Awed by their incredible skill, he immediately puts himself under their tutelage without taking even a moment to feel amazed at this new place he has arrived in. More lessons, more practice, more possibilities, fewer limitations.

As his lesson progress, he begins to understand flight as means to experience and express his own freedom and limitlessness nature; he begins to understand that limitlessness is the true law of existence. The laws of his old Flock, by which the elders exiled him, are their laws only because they chose to live by them, whereas Jonathan lived freedom through flight. Jonathan attained freedom to the extent that he attained perfection in flying, or in other words, to the extent that he cast off the limitations of a flightless existence. 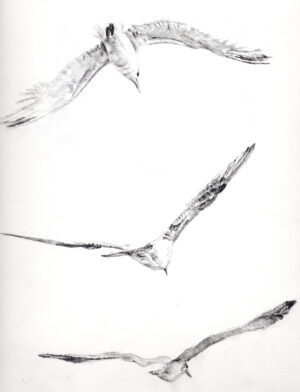 “The only true law is that which leads to freedom,” Jonathan said. “There is no other.”

His teacher in this higher place, where all the gulls love to fly, teaches him to fly beyond flight and opens the way for Jonathan to practice going anywhere instantly, or more accurately, to practice expressing the truth that he is already there, already everywhere. But there is more beyond even that, and his teacher, Chiang, slowly guides him to ever higher and subtler truths.

As time goes by, Jonathan finds himself thinking again and again of his old Flock. Wondering whether there might be a gull there who is reaching for something higher, exploring excellence through flight, who might be ready to learn what he had to teach. Ultimately he decides to go back to his old world and share his knowledge, as a way to practice the kindness and love that his old teacher had begun to guide him to. He bids farewell to his friends and fellow students and makes his departure.

Sullivan sighed, but he did not argue. “I think I’ll miss you, Jonathan,” was all he said. “Sully, for shame!” Jonathan said in reproach, “and don’t be foolish! What are we trying to practice every day? If our friendship depends on things like space and time, then when we finally overcome space and time, we’ve destroyed our own brotherhood! But overcome space, and all we have left is Here. Overcome time, and all we have left is Now. And in the middle of Here and Now, don’t you think that we might see each other once or twice?”

Upon returning to his old world he does indeed find gulls who are sufficiently awed by his flying skills to learn from him. First one, then one or two more, and eventually a small group of dedicated practitioners gather around him. However, they don’t initially have any interest in or understanding of the deeper truths he talks to them about; excellence, perfection, limitlessness… All they want to know is how to fly better, fly the way he flies and so he begins their tuition with what will soon become an old refrain, “Let’s begin with Level Flight.”

Eventually Jonathan, along with his small group of students end up holding their lessons right in the middle of the Flock, in full view of all. Some ignore them, some look furtively out of curiosity and the few truly courageous among Flock step boldly from their familiar existence and ask for lessons. Jonathan welcomes all and teaches each according to their capacity.

Slowly the more profound dimensions of his lessons in flight find willing ears and open minds and a larger transformation begins to happen within the Flock as more and more gulls find joy in flying for its own sake and commit themselves to the hard practice necessary to master it.

When the time is right Jonathan departs from this world and leaves the continued elevation of the Flock to his students. Grieved by his having left, but determined to keep growing and share what they learn, they greet each new gull as unconditionally as Jonathan himself had and start, thinking fondly of their teacher and understanding him a little more, with, “Let’s begin with Level Flight.”

The book as originally published had only three parts. When I first read it, some seventeen-odd years ago, that was all there was to it and it didn’t seem to me, as though there was anything missing. Bach actually wrote a fourth part as well, but decided to omit it. In 2013, he finally put out into the world. It deals with how, years after Jonathan and his students are no more, his message, that every gull’s inherent nature is limitlessness, is gradually misunderstood and then distorted and then ossified into ritual and ceremony until its essence is lost entirely and it becomes instead not a force for liberation, but for further superstitious bondage. One can understand why Bach decided that ours is the appropriate time to publish it. It’s a bleak final chapter for the most part, but ends, to my great relief with promise and optimism, it ends with, “Let’s begin with Level Flight.”

It’s a very small book; you could read the whole thing in less than two hours and fit it into your breast pocket. It’s richer and more potent for its brevity. There is a rhythm to it; a very few words interspersed with page upon page of photographs. That gives you the space to roll the words around in your mouth and really taste them, to let the words work on you, become a part of you. The language is simple, almost infantile and it reads like a children’s book. When I first picked it up I thought Bach was writing down to me, but thinking back on it now, I think that it wouldn’t have worked had he written it otherwise. It’s deep, subtle, and wise, but not complicated. Like the gull’s journey to perfection and limitlessness through flight, it takes diligent focus and work to digest the book. It may not be easy but it is simplicity itself. The gull after all, has nowhere to go; it’s already there.

It’s a great book. Read it. Then read it again.

All quotations and extracts are taken from Jonathan Livingston Seagull: A Story, Kindle Edition, 2013, HarperCollins Publishers. 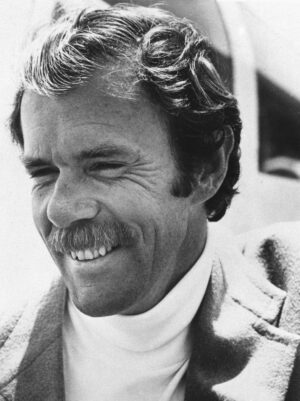 GET THE BOOK HERE

Moringa – Green GoldSeven Years in Tibet – From Arrogance to Humility