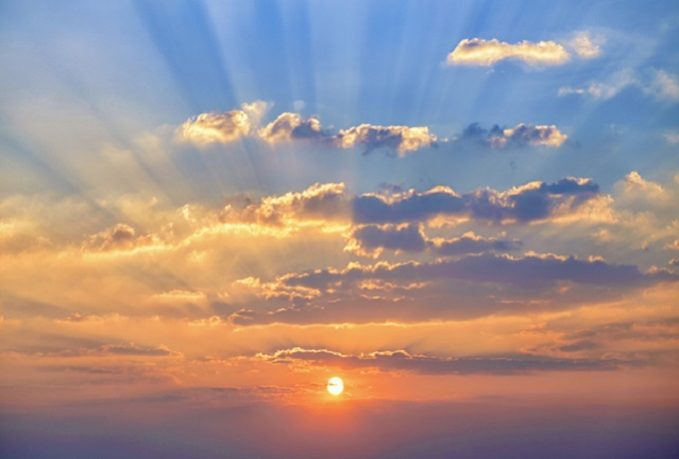 One of the most extolled virtues of all time is selfless service to others. The blessedness of giving rather than receiving is one of the most popular and most quoted verses in the Bible, and John F. Kennedy's call for service is one of the most recognized lines from any presidential inaugural address. The value of selfless service is found in many religions and spiritual traditions around the world. Indian religions refer to selfless service with the Sanskrit word seva, which means helping others in need without the thought of receiving any reward or repayment in return. Seva is thought to advance a person's spiritual growth or development.

I have been wanting to blog about selfless service for some time now, and I found that as I collected my thoughts on this subject, I had so much to say that I decided to write about service in two installments. In this first post on selfless service, I examine whether or not such a thing exists. Is it really possible to give to others without expecting anything in return? In the next installment I will write about kinds of selfless service beyond the obvious forms such as feeding the hungry and tending to the sick.

So, is it really possible for an ordinary person to serve others without expecting reward or recognition, or does one have to be a saint to engage in such service? According to wellness expert Daniel Scott, the answer is that we all have the capacity for selfless service. He writes: "[former psychology professor-turned-spiritual teacher, and a founder of the Seva Foundation] Ram Dass explains this beautifully: 'Helping out is not some special skill. It is not the domain of rare individuals. It is not confined to a single part of our lives. We simply heed the call of that natural impulse within and follow it where it leads us.'"

I agree that nearly every person has a natural impulse to help another human being who is in need. Yet I also believe that there are substantial individual differences in the strength of this impulse to help others and the likelihood of acting on this impulse consistently. It is one thing to drop a dollar into the hat of a homeless person I happen upon; it is quite another to devote my entire life to assisting the homeless or volunteering for similar selfless service.

I am skeptical about whether most of us can help others consistently without expecting some kind of reward. I'm not saying that we necessarily need a return favor from the person we help or recognition from society. All I am saying is that, at the very least, we expect to feel good about ourselves after helping someone. I think that expecting to feel good (or to avoid feeling bad) is the anticipated reward that that motivates most charitable acts. Consider the following example.

You are walking down the street and notice that a stranger’s parking meter has expired. You decide to put some change in the meter so the person doesn’t get a parking fine, and then you walk away. Because the owner of the car does not know you, he or she will not be able to thank you or return the favor in any way. But, did you really receive no reward for your random act of kindness? Didn’t you feel good about yourself for helping the stranger? Wasn't feeling good a rewarding experience? Let me put it another way. If you did not expect to feel good after putting the change in the meter, would you have helped the stranger to avoid the parking fine?

I question the notion of pure altruism—of doing something to benefit another person without expecting anything in return. As I said, at the very least, when we do good deeds we expect to feel good about ourselves, or to avoid negative feelings like guilt or shame. Often, we actually expect more. We usually expect in return at least a smile, a “thank you,” or other token of appreciation. Think about it: How long would you keep giving to a friend if he or she never showed appreciation? How long would that friendship last?

On the other hand, it is also a fact that people sometimes to extend themselves in extraordinary ways, making enormous sacrifices of time, energy, and resources to assist others, way beyond what they might receive in return. In the most dramatic cases, people sometimes even give their lives to help other people. "Selfless service" is one of the seven core values of the U.S. Army. A soldier who dies to protect others is not going to hear a thank-you in return for the ultimate sacrifice.

Evolutionary psychologists have long puzzled over how to explain altruism because it is not obvious why a set of genes could encourage self-sacrificial behavior without going extinct. The only way in which it is mathematically possible for any kind of selflessness to evolve is for selfless individuals to associate more frequently with other selfless individuals than with non-selfless individuals. A group of selfless individuals who interact primarily with each other will receive, on average, enough benefits from each other to facilitate the survival of selfless tendencies over generations—even if some members make the ultimate sacrifice of their lives. But, once again, note: even though "selfless" individuals might give out of the goodness of their hearts without consciously expecting anything in return, they must in fact receive enough help from others to support their giving lifestyle. Mother Theresa could not have done what she did without others supporting her causes. Someone who only gives and never receives from others will soon be used up and die.

Equity theory also questions whether people can be completely selfless. The primary premise of equity theory is that people are, at the core, selfish, that is, they generally strive to maximize outcomes (where outcomes = personal benefits minus personal costs). However, societies encourage individuals to engage in equitable relationships (relationships where all participants are receiving relatively equal outcomes) and punish individuals who refuse to engage in equitable relationships (see Boehm's Hierarchy in the Forest: The Evolution of Egalitarian Behavior, and Price & Johnson's "The Adaptationist Theory of Cooperation in Groups: Evolutionary Predictions for Organizational Cooperation"). Therefore, most of us understand that we are more likely to maximize outcomes by engaging in equitable rather than inequitable transactions. Equity theory predicts that people feel exploited when they give more than they receive, and they feel uncomfortable when they receive more than they give. Research supports these predictions.

It might surprise you to learn that the recipients of charity are not always happy to receive something for nothing. People actually prefer gifts when they are able to give something in return as opposed to gifts with no strings attached (Walster, Berscheid, & Walster, 1976). Just as people do not really want to give without receiving, people generally do not want to receive without giving. Both violate the desire for equity.

Given that society encourages equitable relationships, that most people do not really want to give more than they receive, and that many recipients feel guilty about receiving more than they can give back, who is promoting selfless service as an admirable virtue, and why?

One way of answering that question is to ask another question, namely, the title of this blog: Cui bono? Who benefits from the idea that we ought to serve without expectation of reward?

Well, the recipients of charity clearly benefit, even if they might feel some guilt and discomfort from receiving without giving back. Maybe getting something for free is worth the discomfort—particularly if you need the handout to stay alive.

The providers of selfless service can also benefit in a number of ways—whether or not they consciously expect to benefit. First, as I've mentioned several times, people who selflessly serve feel good about themselves. They may also receive gratitude from those they serve and admiration from society at large. (Charitable organizations such as THON rarely hide the light of their good deeds under a basket; instead they seek positive publicity by broadcasting stories about the good they are doing.) If religious and spiritual leaders are correct, selfless service will result in much more than good feelings or social recognition: It might actually bring you salvation or enlightenment (but remember, only if you are not expecting salvation or enlightenment!). Some folks see no need to be evasive about receiving benefits from "selfless service." For-profit organizations recognize and openly discuss how doing good is good business and therefore strategically associate themselves with charitable work. Malcolm X is said to have quipped, "Doing good is a hustle, too."

So, both givers and receivers can benefit from "selfless" service (even when the giver does not consciously intend to benefit. But there is a third group outside the givers and receivers who have something to gain from selfless service: persons in power who want free labor or free money—not because they need it, but because they can get away with it. I'm thinking of preachers who fleece their flocks, becoming ultra-rich by preaching the virtue of charitable giving. I'm thinking of war-lords who gain power by exaggerating external threats and convincing patriotic young people to sacrifice their lives in unnecessary wars.  And I am thinking of any kind of "mandatory service" program, because, in the words of James Joyner, "the idea of mandatory voluntarism is as creepy is it is oxymoronic."

John A. Johnson, Ph.D. is a professor of psychology at Pennsylvania State University.

Aug 25, 2019Editorial Team
Selﬂessness and Selﬂess ServiceIdentity and Selflessness in Buddhism: No Self or True Self?