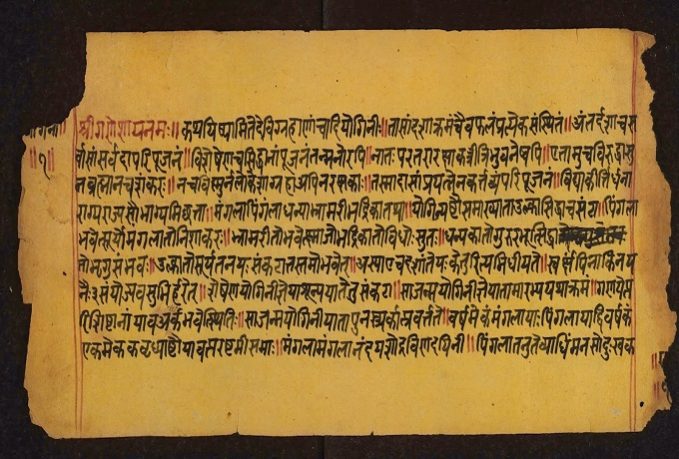 Sanskrit is considered the mother of all languages. The word “Sanskrit” means refined. The script used for Sanskrit is known as Devanagari. There is a wealth of knowledge in the Vedas, Upanishads and Puranas – all of which are in Sanskrit. In order to spread this knowledge, learning Sanskrit is necessary. Superstitions and myths have a firm hold on people’s minds because of unawareness and misinterpretation of the scriptures, which are, in turn, due to a lack of knowledge of Sanskrit.

It is a natural language; it is very easy to understand because of its direct connection with the word. It is very logical; hence is it quite easy to compose sentences in Sanskrit. Placing words in any order does not change the meaning of a sentence. Thus the language is very flexible.

The use of Sanskrit expands and improves the capacity of the brain. Learning Sanskrit hymns improve focus and retention. In ancient India, Vedic hymns were chanted by young and old alike. Continuous chanting of Vedic hymns enhances memory and thinking power. When practised daily, chanting has a relaxing effect. One also experiences positive vibes, making life fulfilling and offering contentment. Thus Sanskrit learning can become an integral part of one’s life.

Consider the similarity between the following Sanskrit words and their Indo-European counterparts:

Panini, the author of “Ashtadhyayi”, laid down the rules for Sanskrit grammar in a systematic and structured way. Interestingly, Sanskrit is considered the best language for computers.

Famous scientist Rick Briggs said in one of his articles entitled “Knowledge representation in Sanskrit and Artificial Intelligence” that Sanskrit is very natural and the best language to send messages using very few words.

In India, almost all spiritual texts – including the Vedas, Upanishads, Bhagavad Gita, Ramayana, Mahabharata – are written in the Devanagari script. In order to read and understand these spiritual texts, there are so many scholars who have come from the west to study and later translated them to their languages. 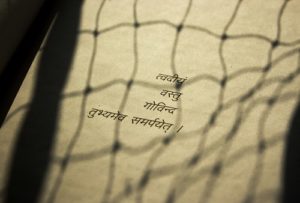 The main Sanskrit treatises on Science are in the following areas:

Sanskrit literature contains rich tradition, it covers poetry, drama, science, religion and philosophy. In olden times, this knowledge was transmitted or conveyed orally; this improved memory power. Sanskrit is mostly used in religious texts. It is also considered the ultimate language because of the clarity of words. Sanskrit literature highlights the importance of humanity, moral values, how to help the poor, and harmonious development of the individual and society.

Sanskrit Use in Daily Life

It is often said that Sanskrit is a scriptural language and that since it is not spoken much, it is a “dead” language. However, thousands of people use Sanskrit in their day to day life. Thus we can confidently say that Sanskrit is an active language. In India, there is a village in Karnataka where the inhabitants speak only in Sanskrit. Sanskrit-speaking families are increasing, and some children even consider Sanskrit to be their mother tongue. New words can easily be formed; hence the language can dynamically expand to include modern ideas, developments, etc. Sanskrit is a living language; for confirmation, one need only visit the families who solely speak Sanskrit. Doing so can also offer a glimpse of Sanskrit usage in ancient India.

Sanskrit is a fully phonetic language: there is a one-to-one correspondence between spelling and pronunciation. Sanskrit literature covers a wide range of interesting subjects.

The following are famous quotes about Sanskrit by world-renowned personalities:

Sanskrit is the heartbeat of our tradition. Sanskrit is the symbol of human refinement and rhythm of life. Sanskrit is a sign of indestructible, ever flowing energy and the eternal truth, the eternity itself. Sanskrit represents our true self. It is not just a language. It is a culture and a grand tradition. - Mohanji

The very sound of Sanskrit words give a prestige and a power and a strength to the race. Sanskrit and prestige go together in India. As soon as you have that, none dares say anything against you. That is the one secret; take that up. – Swami Vivekananda

Without the study of Sanskrit one cannot become a true Indian and a true learned man. – Mahatma Gandhi

Sanskrit is the greatest language in the world.  - Max Muller

The reasons for studying Sanskrit today are the same as they aver were: that the vast array of Sanskrit texts preserves for us a valuable part of the cultural heritage of mankind, including much beautiful literature and many interesting, even fascinating, ideas. –Prof. Richard Gombrich (Bolden chair at Oxford) 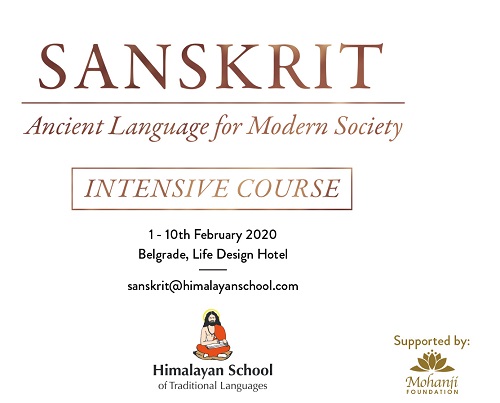 "Trying to measure the splendour of Sanskrit will be like measuring the waters of an ocean with a teaspoon! The amplitude, splendour, evolution of the language regarded as of divine origin, the storehouse of philosophy, art, culture, Vedic wisdom, insight into life and its multifarious problems and the like are unrivalled in the world. Volumes cannot exhaust the beauty of the language, its literature, the greatness of those who strode the arena like colossuses; showing a brick as a sample of a multi-storey building will not suffice to show the greatness of the language, but within the constraints of space, a few indicators can be provided to prove the points written above.
a. The language is said to have emerged from the dakka (a kind of drum) of Lord Siva. (nrittavasane Nataraja rajah nanada dakkam nava panchavaram).
b. Sanskrit has contributed in great measure to every branch of knowledge. Arts, culture, dance, drama – all will see the stamp of Samskriti.

c. Adi Kavi Valmiki, Vyasa, Kalidasa and a horde of brilliant writers have embellished the language with their erudition, philosophic outlook and mastery over the language. For example, many may not know that Mahakavi Magha has demonstrated his power to pen a verse using just one letter, two letters and a permutation and combination of letters and words which remain unparalleled.

Examples can be multiplied but this will give an idea of Sanskrit as a language and the prowess of the writer.
d. The literature on bhakti is legion.
e. A dictionary in poetic form (Amara Kosam) which children can learn by heart effortlessly.
f. Panini’s grammar – unrivalled in literature.
Just a few indicators to draw the attention of those who have not had any acquaintance with Sanskrit. It is a pity, the modern generation has not had the inclination to study the language and savour the beauty and richness of Indian culture which the world has now begun recognizing and applauding." - Sri T.R Gopalakrishnan

Sanskrit literature contains everything to make a human being spiritually, emotionally, mentally and physically sound. Knowledge of Sanskrit can potentially add a new dimension to human growth and perspective. Studying of Sanskrit language automatically enables one to develop attention for detail. According to Rutger Korten Horst, when there is precision, the experience is uplifting. All you have to do is fine-tune your attention, and like music, you are drawn in and uplifted!

Jan 23, 2020Editorial Team
The Ramayana: Transformation of The ReaderThe January Edition of The Awakening Times is Out!