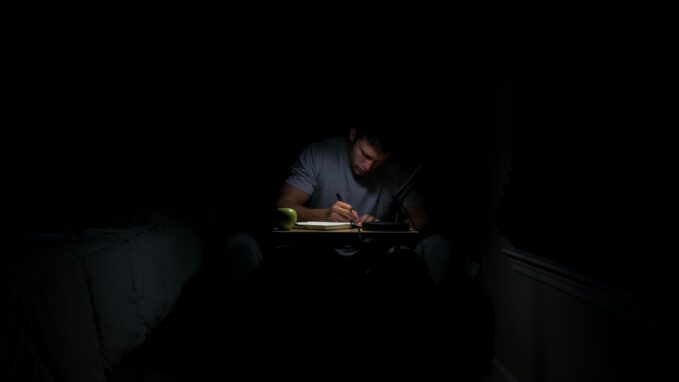 I have a question for you. Have you ever seen something and you wish you could have said something — but you didn’t?

And I have a second question. Has something ever happened to you and you never said anything about it — but you should have?

I’m interested in this idea of action — of the difference between seeing, which is the passive act of observing, and the actual act of bearing witness.

One of the biggest examples we have in history of someone bearing witness is Anne Frank and her diary. She simply wrote down what was happening to her family and about her confinement and, in doing so, we have a very intimate record of this family during one of the worst periods of our world’s history.

You too can use creative writing to bear witness, and I’m going to walk you through an exercise that I do with a lot of my college students, who are future engineers, technicians, plumbers — basically, they’re not creative writers. We use these exercises to unsilence things we’ve been keeping silent. It’s a way of unburdening ourselves. It’s 3 simple steps.

Step 1: Brainstorm and write it down

I give my students a prompt. The prompt is “The time when …” and I want them to fill in that prompt with times they might have experienced something, heard something or seen something and they could have said something or intervened but they didn’t. I have them write a list as quickly as possible.

I’ll give you example of some of the things I would write down:

There are times when I have seen something and I haven’t intervened. For example:

The list could go on and on. Think of times when something might have happened sexually, times when you’ve been keeping things repressed, and times with our families. Because our families — we love them, but at the same time we don’t talk about things. So we don’t talk about the family member who has been using drugs or abusing alcohol; we don’t talk about the family member who might have severe mental illness. We’ll say something like, “Oh they’ve always been that way,” and we hope that in not talking about it and not acknowledging it, we can act like it doesn’t exist, that it will somehow fix itself.

Your goal is to write down at least 10 things, and once you have those 10 things, you’ve actually done part one, which is to bear witness. You have unsilenced something that you have been keeping silent.

Step 2: Narrow it down and focus

What I suggest is going back to your list of 10 and picking 3 things that are really tugging at you, three things that you feel strongly about. It doesn’t have to be the most traumatic things but it’s things that are like, “Ah, I have to write about this.” I suggest you sit down at a table with a pen and paper — that’s my preferred method for recording but you can also use a tablet, an iPad, a computer, just something that lets you write.

I suggest taking 30 minutes of uninterrupted time, meaning that you turn your phone off, put it on airplane mode, no email. If you have family or if you have children, give yourself 20 minutes or 5 minutes. The goal is just to give yourself time to write.

I’m going to walk you through how I do it. The first thing I feel very, very strongly about is that time when a couple of months after 9/11, these two boys dared themselves to touch me. I remember I was in a rural mall in North Carolina and I was just walking, minding my business.

I popped back up, expecting some type of apology and the weirdest thing was they did not run away. They actually stood right next to me and I remember there was a guy with blond hair and he had a bright red polo shirt and he was saying “Give me my money, I did it, man”, and the guy with the brown hair who had a choppy haircut gave him a $5 bill. I remember it was crumpled, and so I’m like, “Am I still standing here? This thing just happened. What just happened?”

And it was so weird to be someone’s dare and then also not exist at all. I remembered when I was younger and someone dared me to touch something nasty or disgusting. I felt like that nasty and disgusting thing.

A second thing I feel very, very strongly about is the time when a friend pulled a gun on me (I should say former friend). I remember there was a group of us outside, he had run-up, and he had the stereotypical brown paper bag in his hand. I knew what it was. I’m a very mouthy person and I started going off. I was like, “What are you doing with that gun? You’re not gonna shoot anyone. You’re a coward. You don’t even know how to use it.”

The third thing I feel very, very strongly about is this going away luncheon and this big boss. I remember I was running late and I’m always late; it’s just a thing that happens with me. The whole table was filled except for the seat next to him. I didn’t know him well; I had seen him in the office. I didn’t know why the seat was empty; I found out later on why. So I sat down at the table and before he even asked me my name, the first thing he said was “What’s going on with all of this?” and he gestured at my head. I thought, “Do I have something on my face? What’s happening?” 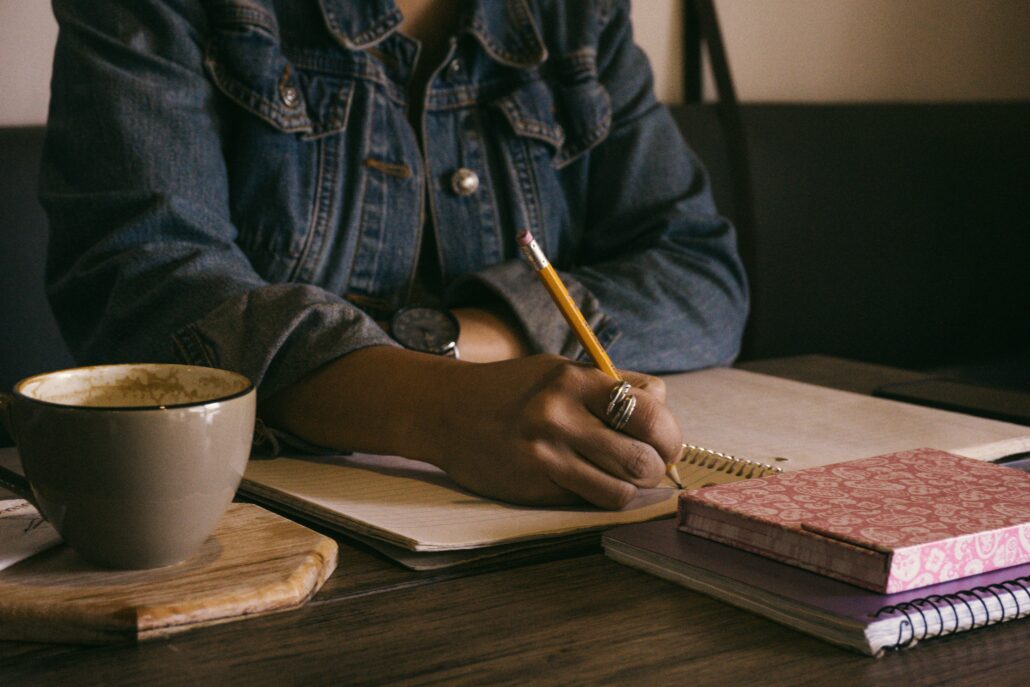 Step 3: Pick one and tell your story

You don’t have to write a memoir; you don’t have to be a creative writer. I know sometimes storytelling can be daunting for some people but we are human, we are natural storytellers. If someone asks “How is your day going?”, we have a beginning, a middle and an end. That is a narrative.

If it’s one of those situations where you saw something and you didn’t intervene, perhaps write it from that person’s perspective. So if I go back to the boy on the train who I saw being beaten, What was it like to be in his shoes? What was it like to see all these people who watched it happen and did nothing? Or I could put myself in the position of someone who was homeless and just try to figure out how they got there in the first place. Perhaps it would help me change some of my actions, perhaps it will help me be more proactive about certain things.

By telling your story, you’re keeping it alive so you don’t have to do anything; you don’t have to show anyone any of these steps. But even if you’re telling it to yourself, you’re saying this thing happened, this weird thing did happen. It’s not in my head. It actually happened and by doing that maybe you’ll take a little bit of power back that has been taken away.

Author: Sakinah Hofler is an award-winning writer and a PhD student at the University of Cincinnati in the English Program. Formerly, she worked as a chemical and quality engineer for the United States Department of Defense. She’s an advocate for infusing the arts into our daily lives.

This post is part of TED’s “How to Be a Better Human” series, each of which contains a piece of helpful advice from people in the TED community. https://ideas.ted.com/how-writing-about-difficult-experiences-can-help-you-take-back-your-power/