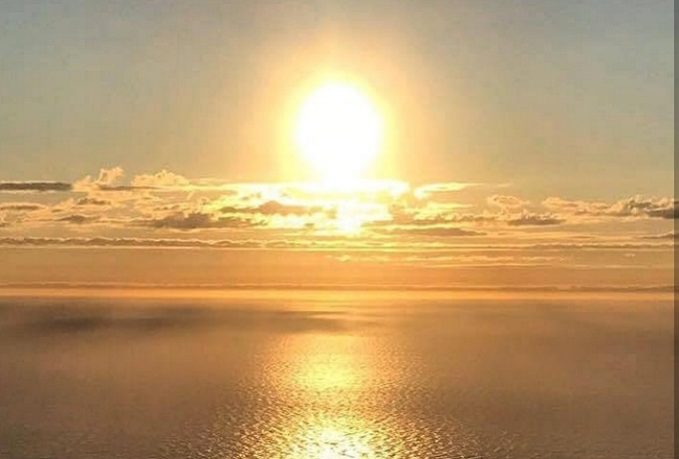 ‘I went to Heaven when I was born! I arrived on a planet with the proper mass to have the gravity to contain water and an atmosphere, the essentials for life. I arrived on a planet orbiting a star at just the right distance to absorb that star's energy – energy that caused life to evolve in the beginning.

‘In my mind the answer was clear. God gave mankind a stage upon which to perform. How the play ends, is up to us.’

A lot has changed since astronaut James Arthur Lovell Jr, a crew member of Apollo 8, shared his views on Planet Earth.

But not in a good way.

Fifty years after, his fellow astronauts from around the globe made a video entitled “Call to Earth”, begging world leaders to take concrete actions to save our only home.

The message of the astronauts was played to representatives who attended the 2015 United Nations World Climate Change Conference in Paris.

The meeting was a success.

One hundred and ninety-six nations signed the Paris agreement and agreed to be part of a transition to a green, noncarbon economy by 2050.

But is that enough?

Many say it is not. The problem is the anthropocentric approach of humans: they consider themselves superior to all other species in the universe and the laws governing the universe.

The solution might be ecocentrism: valuing Nature for its own sake and accepting that we are just a part of Nature.

Humans have rights. But what about Mother Earth/Nature?

The first country that acknowledged the Rights of Nature in its constitution was Ecuador, in 2008.

In 2010, Bolivian law defined Mother Earth as “the dynamic living system formed by the indivisible community of all life systems and living beings who are interrelated, interdependent, and complementary, which share a common destiny”, adding that “Mother Earth is considered sacred in the worldview of Indigenous peoples and nations”.

From 2015, things started to change in Europe, too, with the help of the NGO, Rights of Nature Europe.

Due to Unclear; to be revised, our planet has reached a critical point from which is hard to operate. Volunteer-based teams and legal representatives are fighting to change laws that are treating Nature as an object of human use and trying to reduce the damage caused by such an approach. 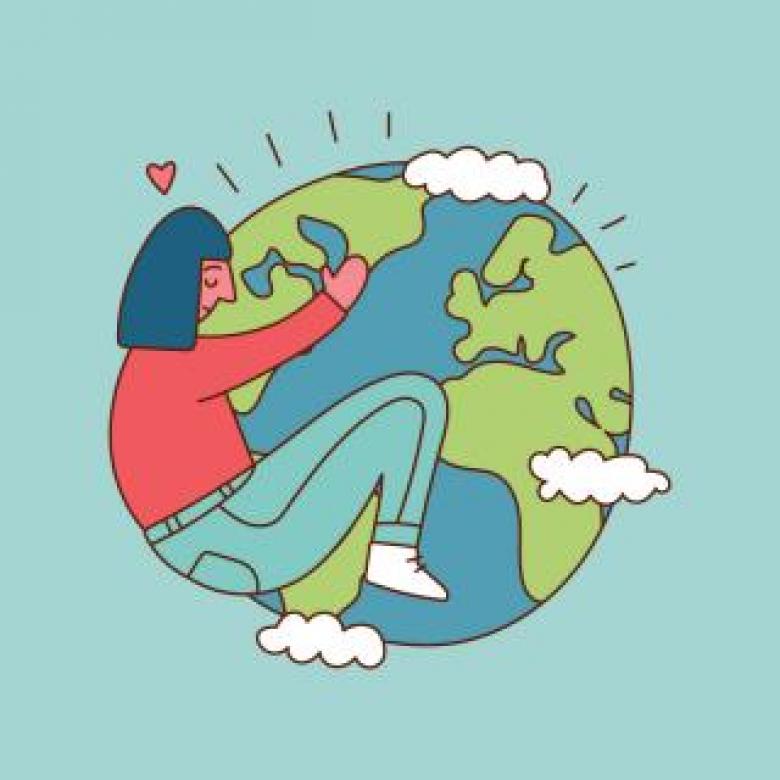 Thanks to devoted individuals and groups, Nature finally has a chance to reclaim her rights.

One of those outstanding people who has dedicated their life to Mother Earth is Alberto Ruz Buenfil of Mexico, known as “Coyote”. He started the Latin America Green Movement and spent 13 years leading the Rainbow Peace Caravan with the aim of promoting sustainable design and permaculture worldwide.

Alberto has spent the last three years travelling to multiple cities and regions to promote his “Manifesto for Mother Earth”: giving the written text of his manifesto to key stakeholders in all the cities he visits.

It would be very hard to enumerate everything Coyote has done for Nature and his fellow human beings. The words of a great spiritual master come to mind.

“What is our net worth? Our net worth is what we give to the world. Not what we take from the world.” - Mohanji

We know the stance of Coyote, but what about us?

What about you? Where do you fit in this story? And what can you do?

You always have a choice.

To support the current style, you don't have to do anything. Just sit and watch our planet vanishing due to greed, overconsumption and human-made horrors.

Small gestures can make a great difference. Here are a few ideas on how to help:

Sign the petition for the Rights of Mother Earth:

Volunteer with NGOs across the globe who are fighting for Mother Earth:

one positive ACT a day: http://actfoundation.org/.

Take only what you need; give as much as you can

Plant. Even if it is one plant. Plant.

Remember the words of astronaut James Arthur Lovell: “I went to Heaven when I was born!” and rise to your highest potential to keep our heaven safe.

Feb 27, 2020Editorial Team
Both Heaven and Hell in Our Lives Are on EarthBreath is the New Puff