Dr. Murdo MacDonald-Bayne. The man, the healer the lecturer, the writer.

It is natural and normal for the seeker and student of the truth , who has read some of the books by Dr Mac, to desire to know more about the man who gave the world such knowledge in so simple a language.

Murdo MacDonald-Bayne was born on the 21st of June 1887 at Kenmore, Pertshire and was the second son of a farmer. His early childhood was spent under the strict religious up-bringing of his Scottish family.
When only very young (six or seven) he had a very moving spiritual experience: He saw the features of “The Christ” on the closed window of his room; frightened, he fainted. After that experience he found that he could see and hear things that others were not aware of. He also found that he could jump from height and land without hurt. Yet when going with his brother in the fields and jumping over a stream, he landed on a piece of barbed wire and injured his left eye. Taken to hospital he was operated on by his uncle, who removed his eye. From then on he wore a glass eye.
As a young man he studied for a time to become a doctor but after a few years found the medical studies too materialistic and so turned his study to obtaining a Doctorate of Divinity and Philosophy.
In 1913 he married and so arrived two sons from this union. 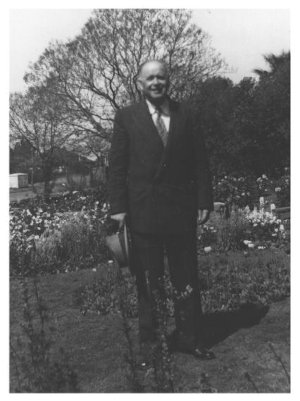 Soon after the second world war broke out and Dr. Mac joined the Highland Light Infantry. Because of his skill of playing the bagpipes was made Pipe Major. Serving with distinction he was made up to second Lieutenant then on to Lieutenant. He was honored with the British War Medal, the victory Medal and the Military Cross.

In France he was wounded and left for dead on the battlefield and had it not been for a first aider noticing  a slight face movement he may well have ended his days in the Somme. He was rushed into the medical tent and operated on there and then. During the operation Dr Mac left his body and assisted with the throat repair that was going on, on his body. After recovery he rejoined his unit and went through the Near East campaign. He was released in 1920 from service and was presented with the Victory Cross.

He then took his family to Australia and New Zealand but as his children got older returned them with his wife to England to further their education. Dr Mac then started out on his healing campaign touring 23 countries giving lectures. His mission was to teach and heal.

Then a Spiritual message came to him telling him to go to the Himalaya in Tibet. His devotion and restless desire to know the truth and find the reason and purpose for being on earth  developed in him a deep spirituality, so,when the message came, he left immediately  with his sister, Mrs Chisholms, who waited in India for more than 7 months for his return.  You can find details of his experiences in his books “Beyond the Himalaya” and “The yoga of Christ”. There spending his time in study and practice of the higher Spiritual teachings one can receive from living masters, he traveled throughout Tibet visiting numerous Lamaseries where he witnessed extraordinary feats and demonstrations of Spiritual and physical natures. There he developed his talents for Telepathy and learned to leave his body at will, acquiring knowledge about the Eternal and Everlasting Life, and receiving messages from past as well as living Masters, including “The Christ”.

When his schooling was over he was sent back to our world to carry the message and continue his Ministry of Love and Healing. New Zealand and Australia were his first stops  and even today there are still those that still remember his talks and healing sessions.
He then went to South Africa and founded The College of Universal Science and his books , monthly letters and lectures were sent out worldwide from there. 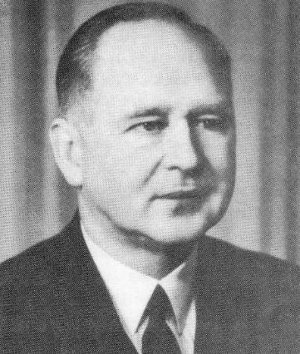 In 1948 at the Women’s Club hall he gave a series of lectures , there he was  “over shadowed” by “the Christ” he would stand and ask all there to become still and as they looked on he became taller, his whole physiognomy  changed and a light would surround him, his whole face changing. Some of those there said it was the face of Jesus that appeared. There are only a handful in this world left that carry on his teachings but now his books are being reprinted by Mystica Publications there has lately been a renewing of interest in his teachings.

A really wonderful man, a great teacher and very humble healer, using the great power vested in him for the good of all; using spiritual mental and sometimes physical means to achieve the best results. He was a pioneer of Homeopathic treatment in South Africa.

To describe him, he stood 5’7 tall, well built with large shoulders, round face, clean shaven with a strong blue/grey eye. Many times he “appeared” at the bedside of those that were sick even though they were thousands of miles apart.