Home Can Dance and Films Help Raise the Consciousness of Humanity?

Can Dance and Films Help Raise the Consciousness of Humanity? 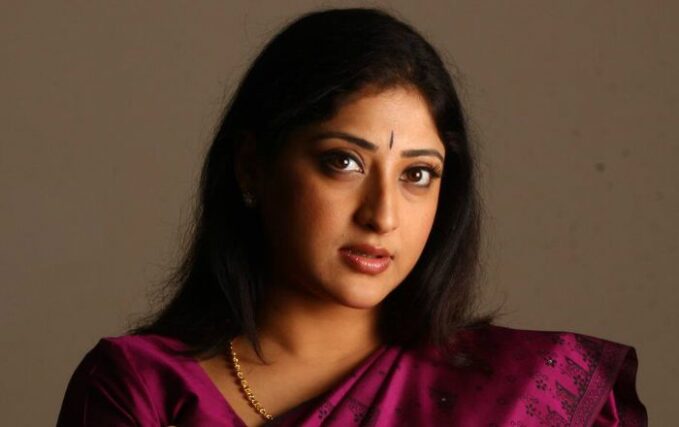 Lakshmi is an award-winning actress and also an accomplished dancer, one of the prominent dancers of a generation. She believes in the traditional repertoire of Bharatanatyam. Being inspired by its rich musical content, she aspires to bring out every subtle nuance of the music from the language of Bharatanatyam. 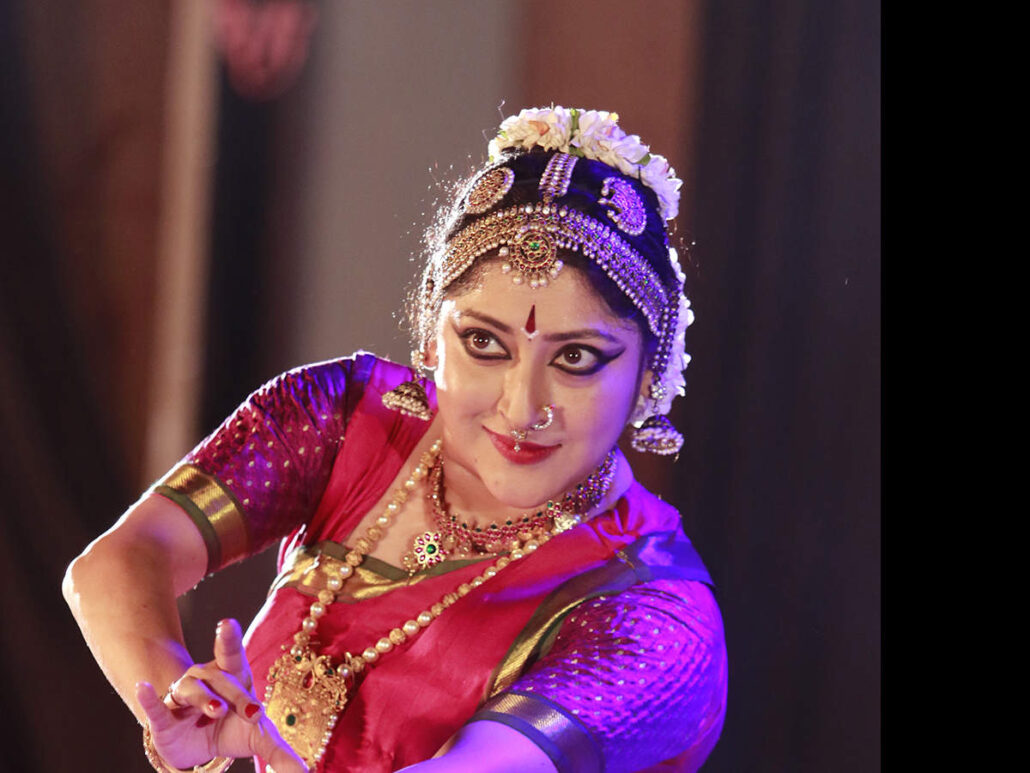 Can you share a little bit more about yourself, about what you do, what your beliefs are, how your lifestyle was created, and all the success that you've achieved in your life?

Lakshmi Gopalaswamy: Essentially, I am in the performing arts. I'm a classical dancer first and of course, I have also explored cinema before that modeling, for a lot of traditional products etc. The main thing is that I have always looked at myself firstly as a citizen of the world, a woman and in particular, as belonging to India. I believe that when you know your roots well and you go deep, you can fly higher. This is my approach or my attitude towards everything that I've done. If you ask me about career and success, I didn't really plan all this. I just went with the flow, I went with my passions. I went with what I believed in. I also believe that art is a very powerful tool in unifying and communicating universal values. I stand for that.

In some way, shape or form, we are all actors in our day to day life. We play various roles, as father, in work and how we are in different situations, we generally bring ourselves differently. You are actually acting a character. What is that for you?

Lakshmi Gopalaswamy: Acting is a deeply spiritual experience for me, because there is no scope for the ego. Sometimes you might not be completely convinced of what the character demands, but then you have to surrender to the director. You have to do what the character demands of you. I remember with my first film, even showing immense anger, I was very self-conscious and shy, because that's not me, but you have to overcome that when you're performing. I always feel that every time you act, it is really negating your ego. In front of so many people, you cannot think, “Oh, am I making a fool of myself? What will people think of its looks, its feel?”  You have to just plunge into that character, plunge into whatever the director demands; you surrender to the director's vision. That has also helped my dance, because your work is becoming much more natural and honest, you have to be really convincing. I'm not saying that dancers are not, they are very, but somehow this helped me, shedding my ego helped me to cut off those barriers in communication.

One of the key or core teachings in a lot of the Indian traditional systems, is the same for the World Consciousness Alliance. That's ahimsa or non-violence. Do you think the traditional dance has a place in the world to demonstrate that or express this philosophy?

Lakshmi Gopalaswamy: When I go and watch a performance of a classical dancer, what is interesting is not just what they dance, but also how they dance and more importantly, what I take back. I might not remember the actions of every item. I might not remember exactly what they portrayed, but you take back a certain vibration. When you go back, if a performance lingers in your head, it means there is something very strong and beautiful from within that is coming out. I feel that if you don't have that quality of Ahimsa, that beauty is not possible. When you look at our literature, all of it speaks of love, non-violence, the futility of anger, the futility of violence. What better way or what more powerful way than art to communicate these ideas or these strong values. For example, if you look at how King Ashoka converted after the Great Kalinga war, with so much blood and bodies around. He did this to conquer, to expand, but after having won the war, he realized the futility. You can so powerfully express this in art. If you look at our traditional Kannada Dasa poetry, the Bhakti movement, they are very simple songs, but so profound. For example, talking about the mind as if it were a monkey, so don't be fooled by it flitting from one to the other, it says it wants this, it says it wants that, and it says I want to have that. Don't be fooled by that, because this is just the mind. These are very deep concepts that poets have always discussed and for artists, for dancers, this is the material with which we communicate. Traditional dancing has always been about that and has always been trying to elevate, which means trying to reach that consciousness. That is a very abstract thing for me right now, but that's our aim. I think art is a very powerful way of portraying, of communicating ahimsa.

Lakshmi Gopalaswamy: COVID has changed the performing arts drastically. Firstly, it'll take a long time for audiences to come back to the theater. Secondly, because you have to innovate and you have to keep it going; you have to do your karma. Now you have to find new ways, so you have a lot of these Facebook Live programs or Instagram live series. You will have to change the technique, you might have to do more close-ups perhaps etc... Personally, I am not so excited to watch a show on the mobile, but I think what is happening now. There is a lot of exchange of information. Artists are talking more and sharing their experiences. These kinds of things are invaluable. There’s a valuable data bank being built at the moment. There's so much knowledge, wisdom, and that shared experience, which is invaluable when shared with youngsters.

Do you think at the moment that there's a lack of imagination, or creativity within the film industry? Is it becoming stereotyped? Shorter films are now getting a much higher level of attention and people find them much more appealing than the one to two-hour films. Do you think an actor or actress is able to do justice to a performance in the short two to five-minute videos? Or do they need more time and scenes to really give space for a full expression?

Lakshmi Gopalaswamy: I believe in a longer movie, which helps you soak it in, slowly get into that world. On the online platforms, there are exciting web series coming out. I don't know Spanish at all, but I have enjoyed two, three fantastic Spanish dramas. I don't understand Turkish, but I'm looking and watching one of them, which is also talking about the biases people have against one another, just by looking at what they wear and because of religious differences. These are exciting, beautifully handled, powerful themes that are coming out. They've always been there, but I think this is so much more real. The mobile is still in the nascent stage. Everybody's attention span has drastically reduced now. I myself cannot watch more than a minute and a half, I can just fast forward and see. At most it will be entertainment, it could be sensational, but I don't know whether it will impact your heart, or bring about a transformation in you. I am not sure yet. Maybe with more time to get to know how to master this new normal; with an attention span of two minutes, or two and a half or maximum four minutes... I have watched some very nice short stories, short films, which are seven minutes and eight minutes, but art is something that takes its time to digest. I don't think these quick fixes will help art.

The world is really going into a psychological meltdown, stemming from an economical crisis and there are predictions that the years to come will get tougher and tougher. How do you think we can raise the awareness of people to a place or a state where they'll be able to handle tough situations and is there anything that the entertainment industry can contribute towards that?

Lakshmi Gopalaswamy: I think that as a society, we need to be so much more compassionate and art can extend and bring that awareness. The awareness needed for us to be together, to stand together, to help; everybody trying to help as much as you can, just looking around them and helping. I think leaders have to lead by example and artists have to lead by example. It is a humanitarian crisis and if people don't have food, or they're dying, then I cannot think of myself as an artist. I'm first a human being and I need to look at that first and then comes art. Of course, art can help in raising awareness, in bringing out that compassion in you, if the art is powerful and trying to bring the better qualities or the higher values in a human being. It could be beautiful music. It could be dance, too. Whatever, which will elevate your soul. If I may use these very tall words.

Film artists have a lot more influence over the public simply because there's so much more watched. I think it's a huge responsibility on public personalities. I wouldn't say just film personalities, but public personalities. I think, personally, that flashy materialistic culture is inappropriate now when we don't have jobs and we are all struggling. It's not about me being an artist and you being something else. All of us have to do our bit. Just look around you and help one person at least in need. In my capacity as an artist, what can I do? Maybe perform and raise funds through a performance or some interaction?  We have to figure it out. It's scary and psychologically, it's a huge thing for everybody. Initially, I was sitting at home since March, despairingly going out and I was relieved that I didn't have to travel for some time, it was like holidays. I never understood the seriousness of the problem. The sad part is that when you're watching news day in and day out, you become so desensitized to everything, everything is just numbers; everything is like a movie scenario, sensational. I don't watch the news that much now. I'm trying to find things more meaningful to me. We have an opportunity to talk, you do what you believe in and you talk what you believe in and that is unity, that's what your beautiful platform and your organization is trying to do. It all leads to that path, either through science, or art or philosophy, or whatever it is, if you look at history, if you look at tradition and if you look forward, there are different routes to the same path. We have to keep that ultimate truth and goal in mind.

Watch more from this amazing interview on the link below:

Dec 25, 2020Editorial Team
We Are The Ones We've Been Waiting ForDance and The Power it Has to Transform