Allan Holzman: The Future Of Cinema 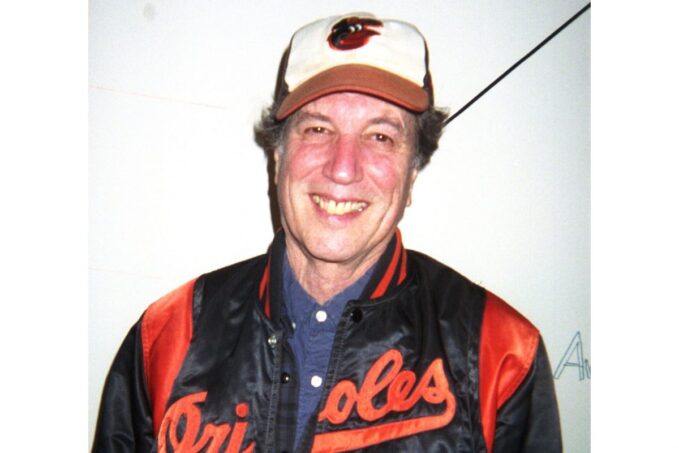 As we contemplate the future of cinema, I have delved into the past appreciating the path of Frank Capra who began his career as a silent movie gag writer, who ultimately faced the question, “Can I do something that will move people and take a stand about life that will inspire change?”  With his breakout movie American Madness, Capra found a way to entertain as well as educate the populace about the American Banking System with particular attention to the individual citizen who is desperately looking for a break. He created comedies during the Great Depression; yet found a way to inspire a mass audience to understand that if banks could invest in the character, the common man had a chance to take advantage of life in a free society.

With the pandemic our free society suddenly has restraints that we never imagined. Perhaps the greatest obstacle is that the rules of social interaction have changed. In the film world, the change is devastating. We have to wait to make movies again. And when we can, when the vaccine has reached 70% of the population, when the spread of the virus is not our primary fear or concern, what is it that we will want to say? And who will listen? But most importantly, how will we say it?

The studio system has succumbed to a complete blockbuster mentality. It began with Jaws and escalated for all eternity with Star Wars. The 70’s is perhaps the greatest era of creative cinematic expression. The film emerged as art, and critics and audiences actively engaged as participants in a landscape of creative expression, fully realizing the power of the cinematic experience of moving audiences through deep involvement in a story, experienced in a huge darkened room with moving images that could transport the human condition across time, place and character. It became the highest and most engaging expression of emotion, beauty, excitement, humor, love, suspense, fear, joy, and romance.

Just prior to the shutdown, the industry was in great flux. Streaming was taking over. ”Long form TV” was grabbing not only the best talent, but youth embraced the ability and power to consume stories at will without enduring the expense of going to a theater. Going to a film became an event, not a cultural discovery. It became a race to witness the spectacle with others of like mind. The independent filmmaker who had a message was relegated to film festivals and cable tv. A theatrical run became a pipe dream that some investors fell for out of some gullible belief that they could see a profit. Filmmakers became desperate to prove that they could compete with the big business of the studio conglomerates. Now, with a raging pandemic, the playing field has changed for the worse. There are mass unemployment and complete confusion about what the public wants. Do people want to see stories that represent a life they hope will no longer be around but is? Or do they want to escape and be entertained and inspired by stories of life as it may be or was? The beauty is that no one knows. The news provides enough reality for many lifetimes. Is it cinema’s role to delve deeper or provide relief from the drudgery of everyday fear and caution?

Producers are trying to work out ways that are “safe to shoot,” but anyone with the experience of working on a film set knows, there’s nothing that ever goes as planned. And, after your first hour, you’re behind schedule. If you have to meet your day, you have to hurry and, for instance, rush to get a prop over there at a certain location or suddenly, the person who was supposed to be on stage level three… has to work with the other actors. How do you control that?

In thinking about how we’re going to move ahead, filmmaking is actually moving itself ahead independent of Hollywood. Going from TikTok to any kind of self-expression, the media makers are now the kids and not the mass of film students who have spent fortunes attempting to comprehend and master the techniques and styles of Hollywood filmmaking. It’s heartening in one respect because bringing comedy to humanity in the midst of a crisis is an amazing experience. It brings warmth and love to life. Hollywood has been changing all along and not in the direction it wants to change. People weren’t even going to the theaters prior to the pandemic. Movie studios have been stuck in the blockbuster mode as the only way to move forward; but the blockbuster wasn’t the way films were created in the 70’s during the greatest artistic period of filmmaking. Films then didn’t have to open nationally or globally. A movie could open in New York and get reviewed and then expand, letting word of mouth move it into the public consciousness.

Today, once again, the star system has fallen apart, but this time it has gone to the media star system, based on who gets the most hits. Social influencers could become the next generation of filmmakers. TV has been taking over from the movies in the long form and kids are much more interested in character driven stories where they can follow a life over many hours. Cameras can be very small and accessible. Creating a 4K image that can go on to a movie screen is available to everyone with no need for a budget. We have the ability to make movies in a different way today and communicate in a different way. So, I think that while Hollywood is going to have to face the reality that it’s falling apart,  the knowledge and dependency of the media is greater than ever.

If it weren’t for the virus I’d say it was a very exciting time. So, it’s the best of times and it’s the worst of times. The key is to be creative in your own way and learn how to edit media into a concise story that will engage the human spirit. There is a captive audience out there in the world waiting to be entertained and inspired. Creating media is hard work. Constant work. Because creating storytelling media is time consuming, requiring talent and skill. It allows those who love telling stories a chance to stand out by working harder, longer and, hopefully, with purpose and vision that will move people, which has been the goal ever since the first rolls of celluloid passed through the camera’s gate that in Mr. Capra’s words, “Can put all of humanity into a single frame.” 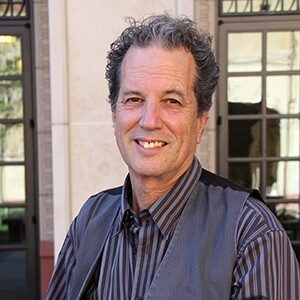 Author: Allan Holzman
In his 40-year career, Allan has proven himself a skilled filmmaking chameleon. His work as the director-editor of Steven Spielberg's "Survivors of the Holocaust", won Allan two Emmy Awards and a Peabody.

Allan began editing under the “Roger Corman Film School” which famously launched the careers of a who’s who of Hollywood greats. Allan has directed five narrative feature films including the hilarious, action-packed MUTANT (aka Forbidden World), recently released by Shout and the faux documentary GRUNT! THE WRESTLING MOVIE. His psychological thriller, INTIMATE STRANGER with Deborah Harry still stands as Showtime’s highest rated film.

More recently, Allan Holzman has challenged himself to a wide variety of projects, including an interactive, multi-screen video for 20th Century Fox, The Titanic Attraction; whimsical documentaries accompanying the DVD releases of Walt Disney classics CINDERELLA, THE LION KING, ALADDIN, LADY AND THE TRAMP, and POCAHONTAS; a bio-doc about television humor pioneer Sheldon Leonard, producer of THE DICK VAN DYKE SHOW and THE ANDY GFFITH SHOW; a documentary produced by the American Film Institute, THE ART OF DIRECTING; and the editing of two pop culture-filled feature documentaries: TREK NATION and MY MARILYN (also directed and produced by Allan).

Dec 25, 2020Editorial Team
How Will Covid-19 Change the Film IndustryThe Renaissance of Humanity, Conversations For Change